SunStone Ships - A ship created in Europe, but built in China

Cruise ships are not built in China - that, at least, is the conventional wisdom. Regarded as the workshop of the world when it comes to assembling almost every other form of transportation, cruise ships have so far eluded the grasp of this manufacturing giant. That is, until now. With the Greg Mortimer, an Ice Class 1A vessel designed to serve the burgeoning expedition market, SunStone has become the first shipbuilding company to assemble a cruise vessel in China for the international market.

Building a new cruise ship wasn't, however, its original intention. SunStone's expertise had largely been in refitting second-hand vessels for the cruise market. "Since 2004, we have been buying and refitting ships that carry 100-250 passengers," explains the company's president, Niels-Erik Lund. "We have ten second-hand ships of that size, which are all chartered out. But we didn't see the market offering any similarly attractive ships."

The alternative was to build an entirely new class of ships. Doing so in Europe, however, proved problematic. "We found that the combination of price, delivery time and financing made it quite difficult," explains Lund. SunStone found its solution 7,500km away. By assembling the Greg Mortimer in China, the company discovered that it could achieve the same level of expertise, which had won it so many plaudits in the past, at a fraction of the cost. "We managed to sign an agreement with China Merchants Group, a substantial partner that was founded in 1872."

We're confident we are getting a European ship, with European equipment, which happens to have been assembled in China.

Aware that the expert supply chains that facilitate cruise shipbuilding in Europe were not present in the same scale in China, SunStone made sure to retain a key European design partner, in the form of Ulstein Design and Solution. The Norwegian engineering consultants oversaw all technical aspects in the construction of the ship. "Ulstein is responsible for buying everything - from the main engines to the rudders, radars and sewage treatment plant," says Lund. "They've done this so well on the Greg Mortimer that we're confident we are getting a European ship, with European equipment, which happens to have been assembled in China."

An expedition ship designed to sail through polar waters, SunStone has designed the Greg Mortimer as a Polar Code 6 vessel. "It's the highest polar code if you're not an icebreaker," says Lund. "This isn't needed where the ship will operate, but we like to err on the side of safety." In addition, the ship is equipped with a number of innovative safety features, including zero-speed stabilisers. "No other cruise ship has these," asserts Lund. "Passengers won't need to experience the pitching and rolling of the ship when it's at anchor. It's also a big safety feature, holding the ship in a fixed position; dynamic positioning is another safety feature."

The Greg Mortimer also benefits from Ulstein's X-Bow hull design, which enables the vessel to glide through waves with greater efficiency. "In all the tests that we've conducted, we've found that the design improves comfort for passengers and helps to reduce our fuel consumption," explains Lund.

The end result is a ship that has been built according to tried and trusted European standards, but in a new frontier for cruise shipbuilding. "We've struck an agreement for ten ships - four of them confirmed, with the other six being optional," says Lund. "At SunStone, we fully expect to be delivering all of those ships over the next five years. Ultimately, we believe we have attained the same level of quality, but at a lower price, with greater flexibility." 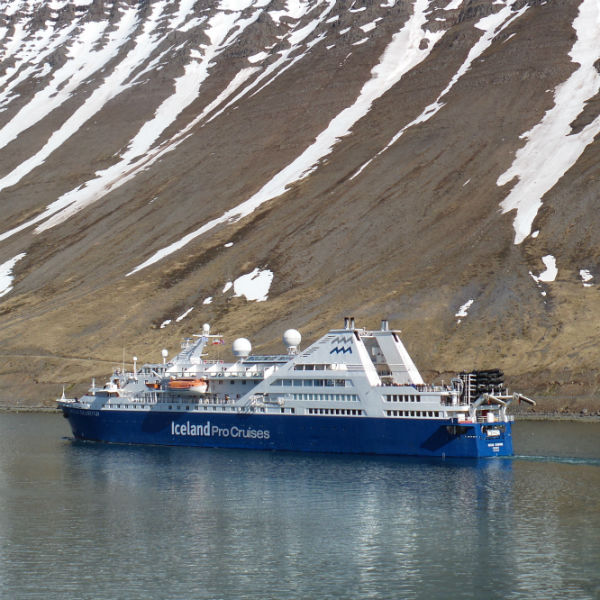 SunStone Ships has a fleet of ten vessels around the world.