The largest bottled water company to pitch its products directly to the cruise industry, Nestlé Waters' portfolio can now be found on ships all over the world - and the company is hoping to place its products on even more over the next few years. Area manager for Latin America, Caribbean and cruise lines Dr Filippo Mazzaia discusses bringing Nestlé's iconic brands to the high seas.

You might not necessarily associate the name Nestlé with famous water, but you'd certainly recognise the star players in its portfolio, such as S.Pellegrino, Acqua Panna and Perrier. Cruise passengers know them well, too, which is why, several years ago, the company decided to pitch itself to the industry as the on-board water of choice.

"Acqua Panna and S.Pellegrino are the most appealing products: customers find them in premium restaurants worldwide, so they expect to have them offered on board," says Dr Filippo Mazzaia, area manager for Latin America, Caribbean and cruise lines for Nestlé Waters. "At the same time, the brand name Nestlé evokes trust, so people are reassured about the product they are drinking at different latitudes."

Traditionally, cruise liners have sourced their own bottled water, approaching suppliers directly with orders. But Nestlé saw a gap in the market - passengers keen to have access to its line of products while on holiday. A few years later, the working relationship is going smoothly, according to Mazzaia.

"At the beginning, of course, they were a little cold about the proposal, because it was an all-new message," he admits. "After three years, though, we've achieved a trustworthy reputation, so I think we have quite good relations with cruise lines - in fact, we are in touch on a daily basis.

"When they need anything or there are opportunities, they contact us directly, so it's not through an intermediary."

Most of Nestlé's competitors don't work this way because, generally, it's considered too challenging. In most cases, the task is given to handlers or distributors.

"We prefer to have these difficulties internalised," says Mazzaia. "Understanding the needs and the channel allows us to establish a smoother competitive advantage in the long term within the channel and industry."

It helps that Nestlé Waters has a global reach that not many but the world's largest companies can achieve. With a head office in Miami, and distribution partners from Australia, South Asia, the Middle East, Northern Europe, the Mediterranean, South Africa and Latin America, there's not much chance a client will be left in the lurch.

"We try to cover all destinations that cruise lines need," says Mazzaia. "And when we have a disagreement, we have a list of contacts and clients that can supply the cruise ships when they need it.

"This is something that does sometimes happen, because water for cruising is also volume and weight, so they prefer the option to have suppliers in different ports rather than having all the water carried over or overloading in certain ports."

With a firm foothold in the cruise industry, Nestlé is now working on increasing its shares with Carnival and Royal Caribbean, in particular, on a global scale. It's a complex process: many have well-established relations with local suppliers and local contracts still ongoing. Another priority is the process of premiumisation: pushing the top-shelf brands and keeping them fresh in passengers' minds.

"We're doing this particularly in the fine dining segment," say Mazzaia. "Whenever the customer is going to a speciality restaurant, they should have the option of premium natural mineral water rather than tap water. Usually, the biggest challenge for cruises is getting rid of the pitcher: it's not a main brand, it's filter water." 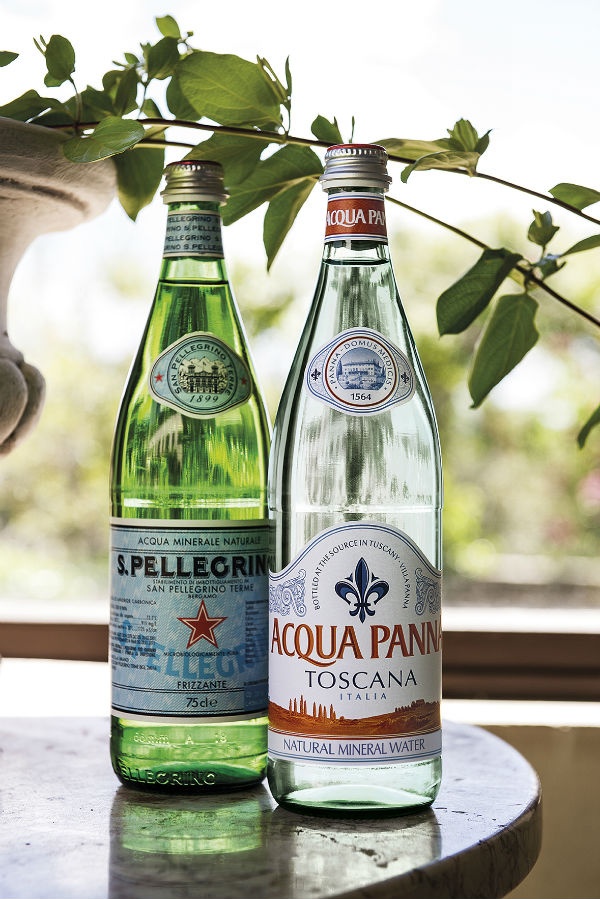