With extremely high service standards, access to a wide range of sea and river ports and its own bunkering fleet, it's no wonder that Gazpromneft Marine Bunker is a leader in supplying marine fuels.

Gazpromneft Marine Bunker's total sales of marine fuels for 2014 amounted to around four million tons, which is 25% higher than in 2013. Moreover, the share of direct-to-vessel bunker fuel sales was 3.1 million tons, 43% more than in 2013.

These results have been achieved by strengthening collaboration with existing customers, as well as gaining new ones, and by growing the number of vessel calls at ports operated by the company.

Gazpromneft Marine Bunker CEO Andrey Vasiliev explains: "A broad geographical range, ownership of our own bunkering fleet and various terminal assets, high service standards, and direct contracts with the most significant consumers of marine fuels - it's precisely these advantages that mean our company can be confident of maintaining its leadership of the Russian market.

"In the long term, we plan to more than double the size of the fleet. We are also lining up investment in the modernisation of our terminal complexes. Next year will see the introduction of stringent rules concerning emission control areas, which will increase demand for low-sulphur fuel. To that end, we are focusing on the development of a new market sector in LNG bunkering, aiming to secure a foothold in this sector by 2025."

In 2014, the company began bunkering in Latvia and plans to continue over the course of this year. Today, Gazpromneft Marine Bunker provides bunkering in 19 sea and 13 river ports in Russia, as well as in the European ports of Tallinn, Riga, Constanta and Lithiuania.

In 2014, Gazpromneft Marine Bunker conducted active preparatory measures to acquire a new large bunker tanker for working in Black Sea region ports. Today, Gazpromneft Marine Bunker's fleet consists of eight bunkers complying with international conventions. The fleet is licensed to transport goods by sea, and perform loading and unloading operations for hazardous goods in sea ports. The operating area of the company's vessels is not restricted.

In 2014, the company expanded its presence in Russian ports, starting from bunkering vessels in Novosibirsk and Tomsk river ports.

Gazpromneft Marine Bunker provides bunkering services to over 250 customers, most of them are international companies. The company works with all major Russian river and sea-shipping companies.

Since February 2008, Gazpromneft Marine Bunker has been a member of the Russian Association of Marine and River Bunker Suppliers and the International Bunker Industry Association (IBIA).

Gazpromneft Marine Bunker has been ISO 9001:2008 certified since December 2012; the certification area is 'petroleum product sales in the bunker market'. 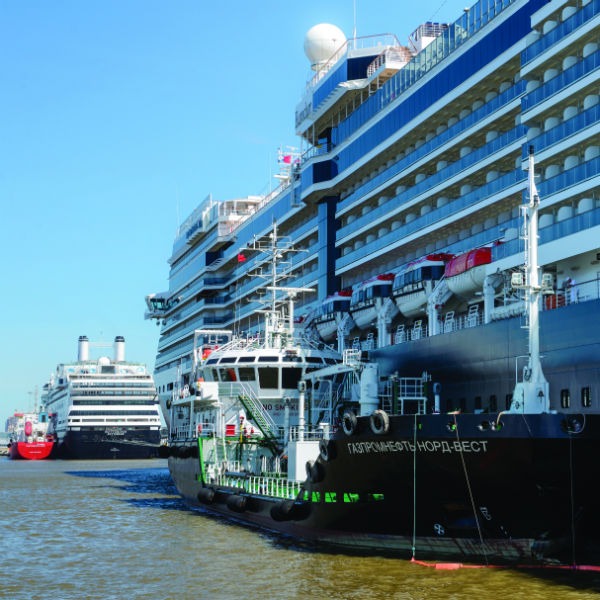