ECC and CLIA: safety in numbers 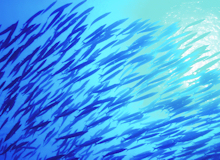 In a demonstration of industry cooperation, the Cruise Lines International Association (CLIA) and the European Cruise Council (ECC) have been diligently implementing their own safety reforms in the aftermath of Costa Concordia running aground in January, pre-empting any new regulations likely to be imposed on the industry following this autumn's meeting of the International Maritime Organization's (IMO) Maritime Safety Committee.

For ECC executive member David Dingle, chief executive of Carnival UK, these voluntary measures prove the effectiveness of collaboration across the industry; however, both he and Bud Darr, CLIA vice-president of technical and regulatory affairs, agree that more work still needs to be done. So what have been the priorities?

"The industry is now in the process of aligning all its operating companies so that they follow exactly the same set of procedures."

"There is no question that the whole issue of evacuation and abandonment of ships as well as the drills around that has taken the biggest priority," says Dingle. "Then, items that Concordia called into question - bridge visitors and voyage planning - have also come onto our radar.

"Within our own company, the other area of focus is bridge resource management, which is about how you manage your teams on the bridge, how the command structure works, and the roles and responsibilities of each of the people present at the time, ensuring that they work as a team rather than possibly being ruled by a particular individual."

Dingle says that each operating company had been adhering to an agreed set of principles, but maybe doing so in slightly different ways, and that the industry is now in the process of aligning all its operating companies so that they follow exactly the same set of procedures. But as Darr points out, it's a task that's proven difficult.

"The challenges we face are that ships have different design areas, different design types, and are operated by a wide range of operators in different locations and ways," he says. "To try and accommodate all these interests into ways that apply effectively to the whole industry takes quite a bit of work."

"There must be the equivalent number of life jackets made available as there are passengers in the largest fire zone."

"It can depend on the physicality and the size of the ship," he explains. "The layout will sometimes determine where the best place is for a person to collect their life jacket. You do have to respect that. There will also be different approaches to locating the muster station inside or outside, and that will often be determined by the weather.

"If you are sailing from a northern port in the winter it might not be advisable for passengers to muster outside, whereas if you are in warm weather you may take a different approach."

However, such challenges are actively being overcome.

"We've recently published a policy on common emergency and muster instructions, and our members are working to build this out with more commonality between individual cruise lines."

Another new regulation is that there must be the equivalent number of life jackets made available as there are passengers in the largest fire zone.

"A positive aspect from Costa Concordia was the industry recognising that it needed to reassure customers that it had a single safety standard."

"There has to be that many life jackets available at muster on the assumption that even if you have a rule to return to your cabin to collect your life jacket, not everyone will be able to," Dingle explains. "Therefore, you have that much extra supply at the muster station."

Darr adds that they are also looking at damage-control measures to see if there are best practices that can be helpful.

"So, in the unlikely event that a ship is damaged, particularly with regard to a flooding incident, we are looking at what sort of operational responses and training procedures might be best put in place to ensure a timely and effective reaction," he says. "Our work will continue irrespective of what the investigators develop. We will certainly take on board any findings and recommendations, but our work started immediately and it will continue very seriously for some time nonetheless."

Dingle, meanwhile, believes that a positive aspect to emerge from the Costa Concordia incident was the industry recognising that it needed to reassure customers that it had a single safety standard.

"While there will never be absolute safety, because safety is not an absolute concept, we can certainly ensure that throughout the industry, there is one single set of best practices to which we all adhere," he says. "The industry obviously has to conform to the SOLAS global convention, but of course each cruise company has to make its own decisions - first of all as to how it should comply, and secondly by how much it should exceed those basic standards.

"What many members of the industry have done is exceed those basic standards. What we are doing now is agreeing among ourselves that we should all exceed most standards."

Dingle stresses that it is vital that the industry's activities relating to safety are recognised by regulators. The highest regulator is the IMO, but in Europe it is also important that the transport commission within Brussels similarly recognises the value of the new voluntary standards being introduced.

"Lifeboat drills are modelling mechanisms to ensure evacuations can be satisfactorily conducted within required limitations."

"Both the IMO and DG Move [the European Commission's mobility and transport department] recognise that there is great value in us moving ahead of existing regulation on a voluntary basis," says Dingle. "When, at the end of the various investigations and inquiries around Concordia, regulators feel that it is the time to apply further regulation, we as an industry will already have stepped up to the plate and should be meeting the new standards anyway, almost immediately as they come into being."

Dingle admits that it is hard to tell when new regulations are likely to be imposed, but says that by the next meeting of the IMO's Maritime Safety Committee in November, "we should assume that at that point it will be wishing to propose some enhancements to existing regulations".

Whatever happens, though, Darr believes that the changes already made and ongoing will be durable, irrespective of what action is taken.

"The truth is we were going to advance operational safety with or without action by governments," he says. "It's fundamental to our business that we operate ships safely. There's great motivation among cruise line operators, not only to improve the safety, but also be transparent about it."

Darr also points to the industry's six-point operational safety review, backed by a third-party panel of experts, and the transparency of the work being conducted as being crucial in maintaining consumer confidence in cruise ship travel. Part of it is actually looking at what seems obvious and wondering if it is that obvious."

When asked why there is disparity between cruise companies on lifeboat drills, Dingle replies that each company will take a view on the items it should cover in a drill. In some cases, he says, the drill has evolved into an opportunity for more general passenger announcements, and that raised the question as to whether cruise lines were giving too much information, some of which may not have been absolutely safety-related.

"We need to recognise that and agree how each passenger is accounted for at an individual muster station or whether there is some latitude as to which muster station they attend," he says.

"This is not about hardware, it is about procedures and a safety culture that adheres to those procedures."

Addressing the issue of lifeboat drills, Darr says there are modelling mechanisms to ensure evacuations can be satisfactorily conducted within required limitations.

"How an emergency is handled onboard is absolutely critical," he says. "That is one of the things being looked at as part of the operational safety review, as well as how to best manage the situation should it occur - first of all how you muster passengers and, second, how you conduct an orderly evacuation. Ships are designed in different ways, particularly the newer ships, so it's difficult to see a one-size-fits-all solution, but we are confident that the plans are in place to operate the ships safely as they are intended."

Complete confidence in safety at sea

Overall, Dingle expects to see greater standardisation of safety policies across the industry as it moves forward, but he admits that there have been one-off costs incurred in terms of hiring external organisations to review policies and procedures, and to give additional professional input.

"It is much more a case of one-off investments to bring about the enhancements in the way we manage safety, rather than the ongoing cost of safety management itself," says Dingle. "Then, any cruise line will be able to carry on with the new safety activities."

There have been questions raised over the continued building of ever-larger cruise ships and the ability of older vessels to adhere to new maritime rules.

"This is not about hardware, it is about procedures and a safety culture that adheres to those procedures," says Dingle. "It is as simple as that."

Darr concludes: "If the public does not have confidence in the safety of our ships, the industry has very limited long-term viability. It is absolutely essential."