The Arvia, operated by P&O Cruises within the Carnival Corporation, is the company’s second ship to be powered by LNG which is the industry’s most advanced fuel technology to date. With over 5k passengers, Arvia has been deployed to in the Canaries for the upcoming season.

Duarte Cabral, Lisbon Cruise Port GM, presented the welcome plaque, together with the port authority, customs and harbor master, to Commander Robert Camby, Captain of the Arvia, on this momentous day. 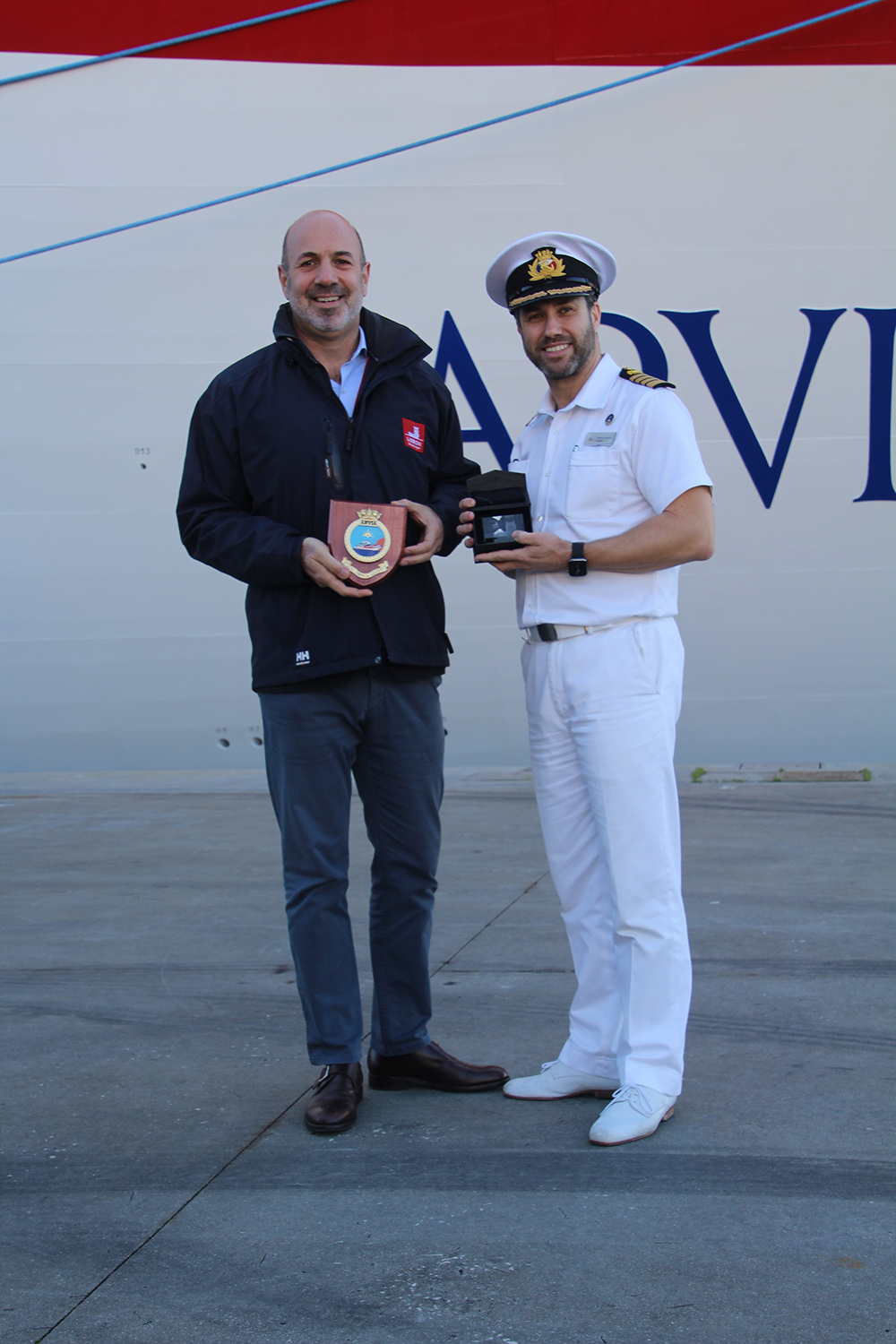 Duarte Cabral, Lisbon Cruise Port GM commented: “This will be a record-breaking year with the number of calls surpassing even 2019, prior to COVID. Our award-winning port & terminal is ready to serve all the passengers that go through our gates with exceptional health & safety protocols.” Lisbon Cruise Port is expecting an exceptional year with more than 650.000 passengers calling the city and an increase of 95% in turnaround passengers in 2023.

Lisbon Cruise Port, part of the Global Ports Holding network of ports, serves as a transit port to all cruise lines travelling between the Atlantic Coast and Europe, West Med to Northern Europe and transatlantic voyages. With its award-winning terminal, Lisbon Cruise Port caters to the needs of both transit and turnaround passengers, offering a variety of services to cruise ships.