With new standards and regulations demanding better wastewater management, cruises are required to process all wastewater on board. With this in mind, Royal Caribbean Group is retrofitting several of its vessels with next-generation advanced wastewater purification (AWP) systems. Abi Millar speaks to Nicholas Rose, associate vice-president of environmental stewardship at Royal Caribbean Group, and Johan Johansson Iseskär, principal engineer, maritime advisory at DNV, to find out the benefits of having an AWP system on board.

Wastewater management on cruise ships is not the most glamorous aspect of the industry. But it is inarguably one of the most important. With thousands of people on board, large cruise ships generate a huge amount of wastewater and have similar management needs as a small town. Dealing with this wastewater – be it sewage, food waste, or other types of effluent – is a core priority for cruise lines. Along with emissions, wastewater pollution is a topic they have come under flak for in the past. If not properly treated and disposed of, the wastewater can have a significant impact on the environment and public health.

According to the US Environmental Protection Agency, the average cruise ship carrying 3,000 passengers and crew generates 21,000 gallons of sewage every day, which adds up to more than one billion gallons a year for the industry as a whole.

Grey water – which, left untreated, has similar characteristics to sewage – is even more copious. The Ocean Conservancy estimates grey water generation at 30–85 gallons a day per person, which would equate to 90,000–255,000 gallons a day for the average vessel.

The case for AWP systems

Many shipowners, therefore, have invested in the latest purification systems – both installing these systems on new ships and retrofitting them on old ones. In part, this is about meeting the regulations, which have become notably more exacting in recent years. But it is also about preserving their reputation among an eco-conscious passenger base. Few travellers today would wish to be associated with overtly polluting practices.

“Today’s cruise ships are designed with the most advanced systems that most of the time treat water to levels greater than local municipalities,” says Nicholas Rose, associate vice-president of environmental stewardship at Royal Caribbean Group. “At Royal Caribbean Group, our aim is to have no untreated wastewater from our ships go overboard, which is why we aim to have all our ships equipped with wastewater treatment plants.”

As an example, Royal Caribbean recently signed a contract with Scanship to upgrade the advanced wastewater purification (AWP) systems on board Voyager of the Seas. It is also working with German supplier RWO to install new systems on Celebrity Silhouette and Celebrity Reflection. In both cases, the upgrades were designed to meet the specific needs of the Baltic Sea.

According to Johan Johansson Iseskär, principal engineer, maritime advisory at DNV, shipowners are generally selecting technology that goes above and beyond the latest requirements.

“It is possible that society at large does not quite understand the great progress the cruise industry has made in ‘saving the oceans’,” he says. “This is a continuous effort as technology evolves further.”

So, what does wastewater management actually entail in practical terms, and what kind of pressure has the industry been under to take control of the issue? To answer these questions, we can begin in the 1970s, when the International Maritime Organisation (IMO) first developed its anti-pollution regulations.

MARPOL 73/78 (so-called because of the years the ruling was developed and modified) was adopted in response to a spate of tanker accidents. It is intended to minimise ocean pollution, both deliberate and accidental, and covers everything from oil pollution to air emissions.

“It is possible that society at large does not quite understand the great progress the cruise industry has made in ‘saving the oceans’. This is a continuous effort as technology evolves further.”

Annex IV, the regulation applicable to sewage, came into force in 2003. It stipulates that treated sewage can only be discharged more than three miles from shore, while untreated sewage can only be discharged more than 12 miles from shore. (According to the IMO, “it is generally considered that on the high seas, the oceans are capable of assimilating and dealing with raw sewage through natural bacterial action”.)

Although the idea of dumping any raw sewage may be unpalatable to some, the introduction of advanced sewage treatment technology means this practice is becoming rarer. Royal Caribbean for one says nothing goes overboard unless it is first run through a treatment plant. As early as 2004, its chairman made a commitment to install AWP systems on all its vessels.

“This was accomplished for the vessels at the time of the announcement, while AWPs have been incorporated into all new-build vessels since,” says Rose. “Even existing ships that have entered our fleet through acquisitions or new mergers have begun to meet the commitment. These tertiary systems treat sewage and grey water – including water from sinks, showers, and kitchen galleys – to standards twice as stringent as US federal standards.”

“Finally we move to local regulations, which can be applicable to a state, county or province such as Alaska’s General Wastewater Permit regulation,” says Rose. “Royal Caribbean Group designs and builds all our systems to exceed international regulations, and as much as possible with all regulations including down to the port levels.”

Since 2016, ships have also needed to comply with an IMO resolution called MEPC.227(64), which entirely prohibits the discharge of sewage within designated special areas.

The only exception would be if the ship has a treatment plant that also removes nitrogen and phosphorus – chemical nutrients that, in vulnerable seas, feed a damaging cycle of eutrophication. That’s the reasoning behind Royal Caribbean’s efforts to install these next-generation systems. All ships that wish to sail in the Baltic Sea will need to do something similar unless they want to hold sewage on board until they return to shore.

How is wastewater treated?

In practice, wastewater treatment on cruise ships is quite an involved process. “Black water is always treated on board to reduce the water amount and the remainder is called biosludge, which can be discharged at port or further treated on board,” explains Iseskär. “Grey water and black water are treated in process plants on board the vessels with bioreactors to reduce organic matters, suspended solids, residual chlorine and fecal coliforms. Biosludge is further dewatered, dried and disinfected on board to reduce the volume and for further processing.”

When black water is being treated, it passes through a few stages. According to Royal Caribbean’s blog, aerobic bacteria are used to digest the sludge before the sewage enters a filtration system in which dense materials sink to the bottom. Following several rounds of reprocessing, the waste material is incinerated and the clean water is sterilised. It is held in a storage tank until it can be safely discharged. The extent to which a ship follows this process can make a real difference, environmentally speaking. Although older wastewater treatment systems – dating back to the 1980s in some cases – can legally be used, they are not as effective as the newer technologies. The EPA has found that black water treated with older systems often retains significant amounts of fecal bacteria and damaging nutrients.

In Friends of the Earth’s annual report card, cruise lines are graded on four environmental factors including sewage treatment. It says the difference between a good score and a bad score comes down to “whether a cruise line has installed the most advanced sewage and grey water treatment systems available instead of dumping minimally treated sewage directly into water”.

For many cruise lines, then, AWP systems are coming to seem like a worthwhile investment. These systems are typically installed with an eye to energy efficiency – after all, there wouldn’t be much use in extra purification measures if they simultaneously led to an increase in emissions.

Newer systems, such as those offered by Scanship, are also designed to treat all types of wastewaters, not just black water, making untreated grey water dumping a thing of the past. Meanwhile, biosludge treatment can bring some unexpected additional benefits.

“The disinfected biosludge, loaded back to shore, can bring back nutrients to the soil and at the same time act as a fossil carbon sink,” says Iseskär.

There may still be question marks hanging over some ships’ approach to sewage. However, with wastewater management practices under greater scrutiny than ever, there is no doubt that cruise lines have made progress.

“As part of our continuous improvement mantra we aim to advance all our systems capabilities, if possible,” says Rose. 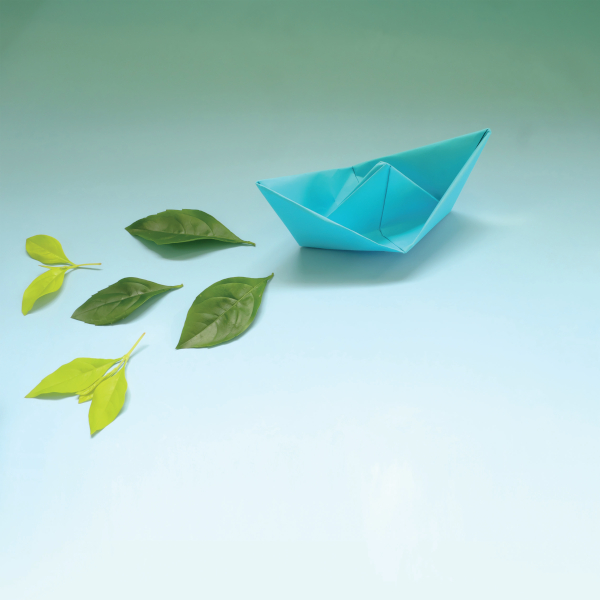 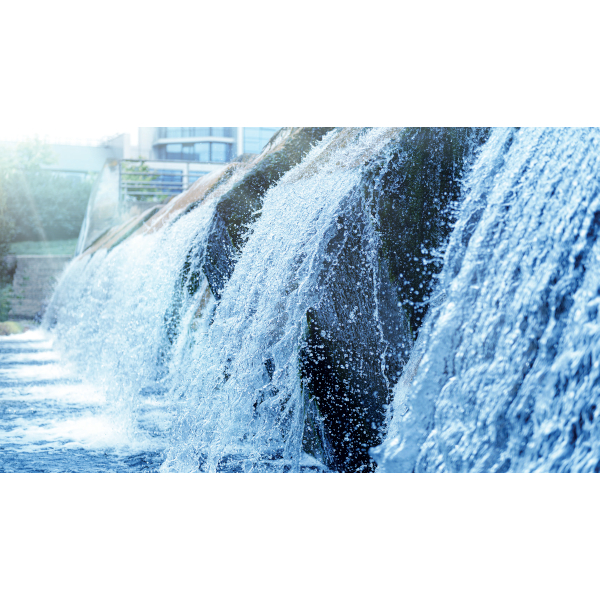 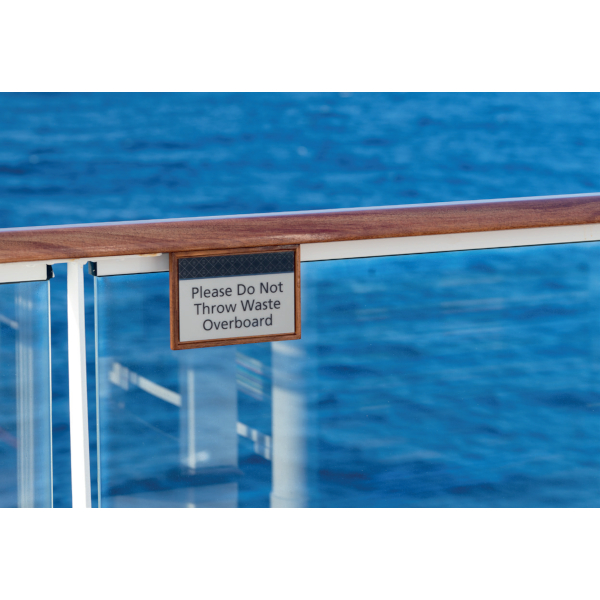 Customers favour cruise companies that have an effective means of dealing with waste.
Post to: