Cruise ships are known for their novel, sometimes daring cuisine options – but how healthy are they? According to former Carnival staff member turned writer Jay Herring, passengers gained a collective 6t of weight on one voyage. Abi Millar talks to Herring and Pierre-Marie Leprince, Princess’s director of guest culinary experience, about the momentum in the sector towards healthier food options.

For many guests, going on a cruise is synonymous with indulgence. With so many food options to choose from – and all of it included in the price – there is little reason not to take advantage and embark on a week-long eating spree.

After all, today’s operators pride themselves on the breadth and quality of their dining options. On a large ship, it is not uncommon to have 20 different restaurants, on top of ice cream shops, burger outlets and a buffet that’s open 24/7. Factor in alcohol, room service, cooking classes and wine tastings, and it’s little wonder that many passengers gain weight during their time at sea. While it is hard to estimate the true damage, one 2012 survey found that more than half of cruise passengers put on around 1lb day. If true, this would equate to eating a surplus of 3,500 calories, a total of around 6,000 calories daily.

Weight gain anecdotes are easy to find. “Confession, I gained 10+ pounds on a cruise!” wrote one passenger on her blog, adding that her meals and snacks consisted of “hamburgers, hot dogs, French fries, milkshakes, butter-infused steaks, potatoes with cheesy, creamy sauce, pizza and boatloads of chocolate chip cookies”.

One forum poster professed to have gained “15lb on a seven-day cruise – and I ran four miles every morning”. While another, who gained 20lb, was heartened to find that “most of it was water retention”.

It’s a state of affairs that Jay Herring, author of The Truth About Cruise Ships, knows all too well.

“We as a species tend to overindulge when we’re on vacation, whether that’s food or shopping or booze or gambling,” he says. “We think, ‘This is my time off, this is my release, and I’m going to eat a little more than I normally would.’ Then because of the way cruises are priced as an all-inclusive kind of vacation, customers think, ‘I’ve already paid for this, so, by God, I’m going to get my money’s worth.’”

Herring, who worked on Carnival cruise ships between 2002–04, wrote his tell-all book in 2012. Here, he detailed the “work, adventure, alcohol and sex” that happens below deck. He also claimed that, over their time on a single cruise voyage, passengers gain a cumulative 6t.

While Herring’s book was published seven years ago, he doesn’t think much has changed since then.

“I don’t think the culture of overindulgence changes – if you look at the statistics, at least two thirds of people in the US are what you would consider to be overweight or obese,” he says. “The tendency to think, ‘It doesn’t cost any extra so I’ll just grab another plate of fries,’ that’s an innate quality that hasn’t changed since the book came out.”

Responsible for our own excess

Of course, this is not an ideal state of affairs from a health perspective. But Herring doesn’t think that cruise ships have a responsibility, per se, to look after the health of their passengers. “They’re running a business, so they need to ask what do my passengers want to eat, what entices them, what makes them want to come cruise with my line and then come back again?” he says. “I don’t think it’s on the cruise line to say, ‘You should eat more vegetables.’”

The important point, which Herring concedes, is that cruise lines do offer healthy options. While a guest would be perfectly within their rights to lie around eating doughnuts for a week, that approach is far from obligatory. In fact, one of the main selling points of a cruise is that passengers have a great deal of choice.

“We introduced lighter options in all our main dining rooms many years ago, and they remain extremely popular with many passengers,” explains chef Pierre- Marie Leprince, director of guest culinary experience at Princess Cruises. “Our new World Fresh Marketplace offers fresh, international offerings. While people often indulge on a vacation, they also want to know that they can have a healthy option available if they want it.”

Along with P&O Cruises and Holland America, Princess highlights these light options on its menus in order to give guests the know-how to pick wisely. It also caters to guests with special dietary requirements, such as gluten-free, sugar-free, vegetarian or vegan (an important consideration at a time when these demographics are growing fast).

“To serve all our passengers’ needs, it is our responsibility to provide offerings that they can enjoy,” says Leprince. “Because our breads are baked fresh on board, we can offer gluten-free bread. We offer sugar-free desserts. There are salad options on every menu in every dining room, and the main dining rooms always offer healthier, lighter and vegetarian options on every menu.”

Leprince, who was recently appointed a Master Chef of France, joined Princess in 2010 and assumed his current role in 2016. Together with the rest of the culinary team, he seeks to emulate the quality and sophistication of land-based restaurants – no easy task given the logistical challenges faced at sea. His culinary approach, called ‘Designed for Fresh’, involves bringing in specialist ingredients from the ships’ ports of call.

“Princess Cruises is one of the only cruise lines whose ships were built from the galley to the dining room with the delivery of fresh cuisine in mind,” he says. “Breads are baked 24/7, sauces are made from scratch using the finest ingredients, steaks are aged and hand cut on board, and homemade ice cream is made every day. It’s the heart and soul of the line’s cuisine, and guests taste it in every bite.”

There is clearly no place here for lazy moralism – either against the guests with epicurean tendencies or against the cruise lines that cater to their desires.

To talk in very broad terms, the trend throughout the industry is mostly towards culinary diversification. Today’s guests have been widely exposed to different cuisines and cooking styles, and they are seeking a broader variety of offerings than they might have done in the past. In many cases, overindulgence is less about mindless gluttony and more about partaking in ‘foodie’ culture.

“Travellers now want more authentic experiences. We allow them to dine like a local on board, discovering the unique flavours of the places they visit,” says Leprince.

6,000
Passengers’ daily intake of calories on a cruise, according to a 2012 survey.
Telegraph

For cruise guests who do want to prioritise healthy eating, there are plenty of opportunities to do just that. To cite a slightly unusual example, the slimming company Weight Watchers has partnered with MSC Cruises to run regular wellness-themed cruises. Along with fitness classes and motivating workshops, these voyages offer ‘delicious and plan-friendly meals, drinks and snacks’. The idea is to help guests relax, while keeping their eyes on their weight-loss targets.

15lb
Weight gained on a voyage by a single passenger.
Cruise Critic

A number of luxury lines, including Silversea and Seabourn, offer designated wellness programming. Harnessing shoreside trends, such as yoga and integrative medicine, they provide healthy menus to match. A recent addition to the scene is Blue World Voyages, which bills itself as the world’s first cruise line dedicated entirely to an active lifestyle.

Within the scope of a mainstream voyage, it should also be relatively simple for guests to meet their healthy living objectives. Plenty of cruise ships now provide restaurants devoted to ‘clean’ eating – think Royal Caribbean’s Solarium Bistro, Cunard’s Canyon Ranch spa cuisine or Celebrity’s Blu. Oceania rolled out a vegan menu in 2017, while Crystal Cruises has long offered low-carb menus and dishes free of trans fats.

However, it’s true that the average cruise ship might be what health authorities would call ‘an obesogenic environment’. With no need to prepare food themselves or worry about how much it costs, guests are constantly in temptation’s way – and they may not always avail themselves of the fitness facilities.

However, there’s a limit to how much weight can be gained in a week or two at sea. As Herring would have it, the people who really need to watch themselves are not so much the passengers as the crew, who may be tempted to overindulge on a longerterm basis.

“The guy who hired me at Carnival said to me, ‘If you drink or smoke you’ll probably do more of that on a cruise ship,’ and that was the most accurate prediction I’ve ever heard,” he says. “In the same way that folks overindulge with food, they do the same with alcohol. And it carries over to the crew, not just the passengers.”

Despite his reservations, he sounds a note of praise for the kitchen staff, and their ability to cater to so many different dietary preferences at once. He vividly recalls the “organised chaos” of the galley during dinner time, with chefs and servers working together in an impressively orchestrated fashion.

“This is a restaurant that can serve 2,000 people over the four hours, picking their food from a menu as opposed to a set selection, and it’s logistically done really well,” he says. “It’s really impressive to see.” 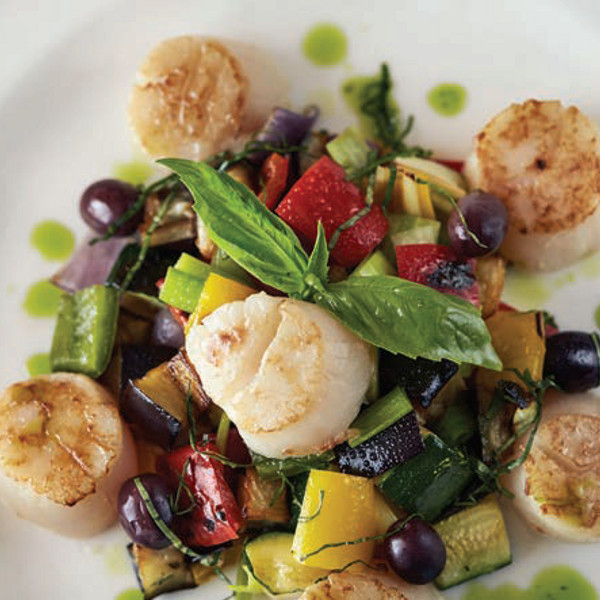 Cruise lines are committed to providing healthy options on all their menus. 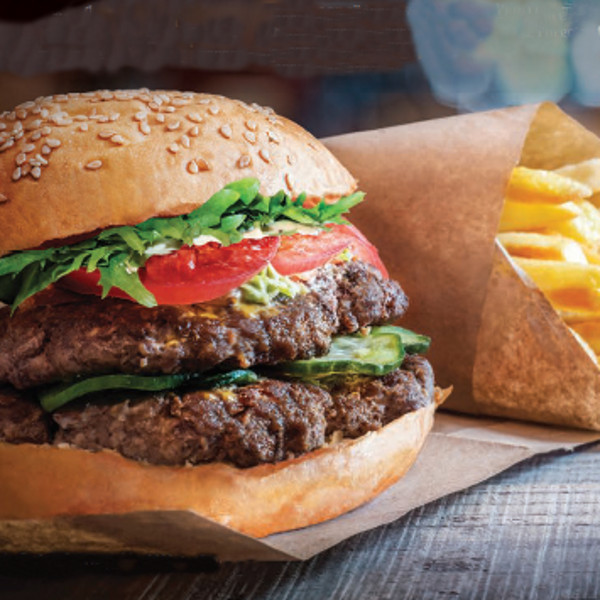 A consistently poor diet on a lengthy cruise can lead to passengers returning to land much heavier than when they set sail. 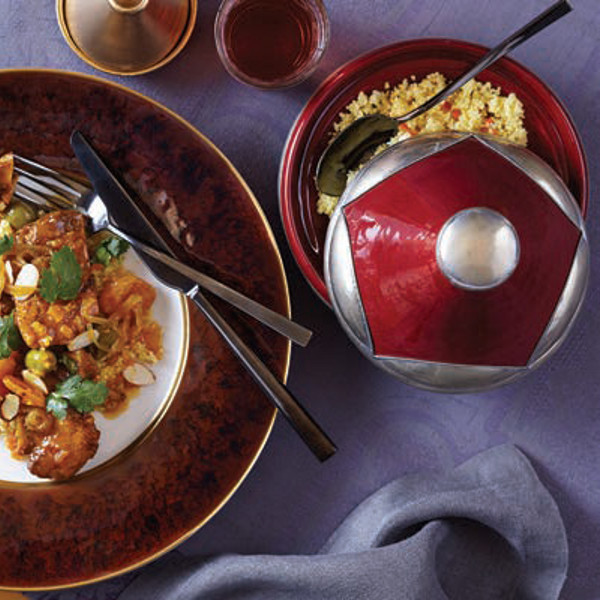 Food has become so refined on cruise ships that overindulgence is always a temptation.
Post to: