Reducing the environmental impact of ships at sea has been a major focus for regulators in recent years, with an emphasis on lowering the harmful emissions produced by burning fuel. New legislation in the US, requiring ships to use low-sulphur fuel when operating near the North American coast, is indicative of the tone that regulators will take in the years ahead.

The North American Emissions Control Area (ECA) echoes EU measures to limit sulphur emissions from burning marine fuel and has imposed a sulphur content cap at 1% when a vessel is within 200 miles of the coast. The previous standard set the limit at 3%.

"The North American ECA has imposed a sulphur content cap at 1% when a vessel is within 200 miles of the coast."

Yet fuel is just one area where cruise lines are required to improve their environmental performance, which means operators must bear a heavy burden if they wish to remain compliant in areas such as waste and wastewater management, energy and emissions.

"The main challenge for the industry is to keep up with the regulations, which are significant - not only those that are already on the books, but also those that are still being worked on," says Jamie Sweeting, president of environmental stewardship and global chief environmental officer for Royal Caribbean Cruises (RCI).

"We've made a financial investment of $150m over the last ten years, and we are ahead of the game in areas like wastewater, with advanced technology on all RCI and Celebrity vessels, but fuel regulations are a lot more challenging. The technology in that area is where wastewater systems were a decade ago. This is a high-stakes, nerve-wracking game, and as a company you have to be fully committed to it."

The first step for cruise lines in reducing emissions is to minimise the amount of fuel they burn. "The best way to avoid emissions is not to have them in the first place," says Sweeting.

"We managed to reduce our fuel consumption by 19% on a per person, per day basis by the end of last year. So, although the industry has done a lot of work, there is still a long way to go."

Many cruise lines consider that the next step is to use abatement technologies such as exhaust gas scrubbers, which remove harmful substances as the gas passes through a ship's stack. RCI is among those lines fitting scrubbers to some of its new ships, but the technology is considered far from mature.

Furthermore, reducing fuel consumption and adding abatement technologies will not affect the need to comply with the sulphur content limit of fuels in ECAs, or globally, given the worldwide sulphur content cap that will come into force in 2020.

As well as the new US ECA, there are already ECAs in the Baltic and North seas, with areas like the Mediterranean expected to follow in the near future. What's more, the emissions reduction requirements in ECAs are likely to increase over time.

After 2015, either the sulphur content of fuel in any ship within an ECA must not exceed 0.1%, or the exhaust gas must be cleaned to an equivalent level. Additionally, after 2016, nitric oxide and nitrogen dioxide emissions from newbuild ships must be cut by around 75%. The conundrum for the industry is that cleaner fuel may become much more expensive as refiners pass on their additional costs, and scrubbing technology is still at a basic level.

"After 2016, nitric oxide and nitrogen dioxide emissions from newbuild ships must be cut by around 75%."

"We've invested in cutting-edge technology for two retrofit installations, hoping that the system will work. Using two different systems from two manufacturers will help with the decision for the rest of the fleet.

"No scrubber works on all engines - the technology is in its infancy," adds Sweeting. "The regulators are hopeful, but I don't see scrubbers being part of the solution for 2015. When it comes to balancing the cost of the technology, there is a choice between scrubbers or buying fuel that has had the sulphur removed at the refinery."

While cruise lines consider the sourcing and pricing of low-sulphur fuels, there has also been a wider effort to look at alternative fuels; for example, in 2008, RCI operated eight vessels exclusively with biodiesel to build up its experience of alternative fuels as a basis for assessing its fuel choices in the future.

"Not only are there are other pollutants to consider, but also issues of sourcing, profitability and, not least, safety."

"We could do that back then because the Bush administration incentivised the use of biodiesel, with financial inducements, to make it viable," explains Sweeting. "Now, the price of biofuels has risen and there are concerns about where it comes from and whether it causes, for example, deforestation. Though biofuels do lower air emissions, the 'food for fuel' issue has arisen, with corn prices up and riots on the streets of Mexico.

For the cruise industry, any decision over fuels cannot focus solely on the issue of sulphur. Not only are there are other pollutants to consider, but also issues of sourcing, profitability and, not least, safety. With the extension of the US ECA, the problem of getting hold of sufficient residual fuel is a problem.

"The extra energy required by refiners to produce such fuels creates a larger carbon footprint at the refinery."

"Sulphur is only one element of the quality of fuel - the element that is regulated - but we need different aspects of the fuel to be right," says Sweeting. "First and foremost, it must be safe and that is our priority 24/7, 365 days a year. We can't burn fuel that is non-compliant with the ECA and we can't burn unsafe fuel. We can't randomly throw stuff into our engines and hope it works."

For the longer term, some have backed a switch to LNG in the maritime sector. While this holds promise for some kinds of shipping, it will not be suitable for the cruise industry in the foreseeable future, and may never be.

"LNG is not there yet for the propulsion of cruise vessels," Sweeting explains. "The safety concerns have not been overcome and there is the logistical challenge of where to get provisioning, plus you need a larger storage function on the vessel. But we will see growing use of LNG in ships in the tanker industry and cargo trade, and possibly passenger ships, though ferries will be the first in that sector. Ferries call at two ports, so LNG provisioning could be relatively simple. Last year, RCI called at 420 ports, which presents a different problem."

A further suggestion is to put more investment into research on fuel additives - chemicals that could cause conventional fuel to burn more cleanly. Once again, however, there is seen to be little likelihood that this will be a realistic option in the short term.

"There is a bunch of 'snake-oil salesmen' out there, which makes it hard for people with a genuine solution," says Sweeting. "What one guy can do in his garage with a gallon of diesel is very different to when you are burning thousands of gallons. It is possible that additives could make a difference, and we look into new solutions on a weekly basis, but we haven't found the magic elixir yet.

"We have to work closely with engine manufacturers and have their blessing for anything we add to our fuel. They must sign off on it. Everything must be in line with IMO quality control."

Sweeting is among those in favour of urging regulators to consider the wider environmental implications of moving to low-sulphur fuels. He suggests that the extra energy required by refiners to produce such fuels creates a larger carbon footprint at the refinery and that this should be weighed against the benefits of reducing sulphur dioxide emissions through using cleaner fuels.

"We will see growing use of LNG in ships in the tanker industry and cargo trade, and possibly passenger ships."

He also recommends that scrubbing technologies might be the answer, but more time should be given for the technology to prove itself.

"Scrubbing would use less energy," he explains. "The regulators have looked at fuels, but they need to work through abatement technologies. Scrubbing will bring additional environmental benefits, as it removes particulate matter and other gases released through the stack, but we are at the tip of the iceberg.

"Although there is little government appetite to promote alternative fuels, they are keen to pen new environmental regulations." 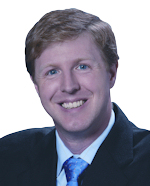 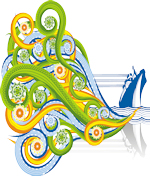 The requirement to reduce sulphur dioxide emissions is a key driver of cruise lines’ efforts to lower the environmental impact of their vessels.
Post to: