Growth in specific dietary requirements and popular demand for healthy eating options has forced cruise operators to position nutrition and well-being at the forefront of food and beverage operations. Holland America Line’s director of culinary operations Steve Kirsch discusses how best to maintain a balance.

The cruise experience has long been synonymous with excess. An extra cocktail or three by the pool; the buffet lunch followed by a three-course dinner; vast portion sizes, decadent cream sauces and extensive dessert menus: being able to have what you want, when you want it, is perhaps the most seductive aspect of complete escapism, but the repercussions for one's waist size are not always so welcome.

An obligation for culinary operations to offer choice has always been driven by guest demand and, while many consumers will still enthusiastically load up on calories and damn the consequences, a marked shift in dining habits and dietary requirements has forced operators to increasingly focus on health and well-being when devising menu options.

It is a trend that is already well under way shoreside. Elisabeth Ixmeier, co-founder of Healing Hotels of the World, cites the fact that guests, aware of the dangers of fitness regimens slipping, are increasingly considering healthy eating options when selecting a resort holiday.

"It's become very important to have healthy food across all operations, not just the spa," she says.

Operators have begun introducing specific well-being meals into their restaurants, promoting healthy cooking classes and offering macrobiotic menus. As always, the cruise industry is not too far behind.

Among the most recent significant acknowledgements of a shift in guest expectations has been Holland America Line's (HAL) launch of an alternative, vegetarian-only menu, as well as 30 new vegetarian dishes in its main dining room. Master chef Rudi Sodamin sought to highlight vegetables and other naturally healthy ingredients in "vibrant, flavourful culinary selections" and the full range is already available at no extra cost for lunch and dinner across all 15 ships of the HAL fleet.

"We'd seen a growing number of guests looking for this sort of option," explains Steve Kirsch, the line's director of culinary operations. "The numbers are still relatively small, less that 5%, but we need to meet and exceed the types of healthy dietary requirements that are becoming increasingly prevalent around the world."

Kirsch is insistent that such options are not just for the benefit of committed vegetarians. A general shift in tastes has forced HAL and its peers to become far more informed about and responsive to customer eating habits. Guests are invited to complete an extensive form outlining dietary requirements on booking, and Kirsch and his team are committed to meeting requests, whether medical, ethical or dietary.

"You may be diabetic, gluten-intolerant or on a low-salt diet and of course these are all requests we can easily accommodate," he says. "We also ask if you require a kosher diet or Indian cuisine, for example. But there are other areas, such as organics, where if a guest has a specific request we will try our hardest to accommodate them."

HAL has not taken the step of serving organic meat across its operations, but a huge amount of its other produce carries the organic guarantee and 100% of its seafood is drawn from sustainable sources.

It was also among the first operators to remove trans fats from its kitchens. Time and effort has been invested into educating staff about these changes and it is a shift that continues to gather momentum.

"The cooking process has evolved greatly in recent years and we know guests are now eating healthier and lighter," Kirsch explains. "I have a team of around ten people in my culinary training department who are constantly out on the fleet, working with the kitchen and bringing them up to speed with these developments. We also partner with the Culinary Institute of America on developing training programmes for culinary operations."

Health information at your fingertips

This relationship with the institute is leveraged when it comes to maximising and measuring the nutritional value of menu items, working alongside in-house dietary specialists. Research is also undertaken independently.

"The growth of focus around health and the advent of the internet has meant that all of this information is only a fingertip away," says Kirsch. "We're constantly trying to educate our culinary management team so that they can go out there and make a real difference."

But one must also be wary of seeming to patronise or nanny one's diners. HAL is traditionally associated with attracting a slightly older guest demographic than some of its peers and there is always the possibility of alienating one's core customer base.

Kirsch insists that people are now well informed enough to make health choices without having their hands held and rejects the suggestion that specific demographics make a significant difference to overall culinary aspirations.

"Our guests are continuing to get younger, and we're seeing far more family vacationers and international travellers," he argues. "Whether you're from North America, Europe or Asia, people's eating habits are changing. Passengers are not looking for huge portions or heavy sauces any more; the focus is on intense flavours and authentic tastes of the region in which they are sailing. Rather than constrain us, it offers a huge amount of opportunity for creativity."

This does not spell the end of boogie-board-sized steaks and gargantuan sundaes, but in terms of variety and nutritional value, it would seem that the state of food at sea has never been in better health. 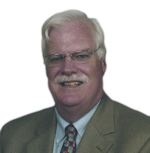 Steve Kirsch is director of culinary operations for Holland America Line. He was appointed in 2004 and is responsible for managing the culinary arts department and overseeing more than 50 guest dining venues across the fleet.

A marked shift in dining habits and dietary requirements has forced cruise operators to focus on health and well-being when devising menu options. Image: Hephaestos
Post to: