Variations on a theme of cruising

Hobnobbing with famous authors, enjoying high fashion and dancing with the stars – themed cruises offer experiences that would otherwise be out of reach on land. Abi Millar chats to Lee Powell from Cunard and Crystal Cruises’ Keith Cox about the principles behind these once-in-a-lifetime holidays.

In November 2019, guests will set sail on the inaugural Queen Mary 2 Literature Festival at Sea. A transatlantic crossing from New York to Southampton, the voyage will play host to a number of literary luminaries – Sebastian Faulks, Louis de Bernières and PJ O’Rourke to name just three.

Guests will be able to join calligraphy workshops or review the day’s headlines over breakfast with journalists from The Times. They can attend special film screenings, learn how to write their own memoir, or drink champagne with their favourite authors in the largest library at sea.

It’s a far cry from a typical cruise itinerary, and at first blush may seem like an unlikely hybrid – do people who enjoy book festivals also enjoy cruising, and vice versa? However, as Lee Powell, vice-president of brand and product at Cunard, explains, these kinds of voyages are becoming increasingly popular with guests and cruise lines alike.

“Holidays are about time for you, essentially, and what better way to spend that time than indulging in what makes you happy?” he says. “So, if you’re interested in fashion or literature, there’s no better way of spending your vacation. Event voyages are able to open up activities that guests wouldn’t otherwise have access to.”

As Powell explains, the Literature Festival at Sea is just one of a varied programme of special-event cruises Cunard is planning for the months ahead. There’s the Voyage du Vin, which will explore European wine regions and feature an on-board wine academy. There’s Space Week, which will provide a ‘variety of space-themed experiences’. There’s London Theatre at Sea, which will showcase Olivier Award-winning talent on and off stage. And there’s the Journey of Genealogy, timed to mark the 400th anniversary of the Mayflower crossing.

This list, which is far from exhaustive, goes to show the sheer breadth of possibilities when you decide to add a theme to a cruise.

“Whether it be a fashion illustration workshop during Fashion Week, an intimate book reading in a library during the Literature Festival or watching rehearsals with the English National Ballet before the performance – it’s trying to give interesting opportunities for guests to indulge in their passions,” says Powell.

“If you’re interested in fashion or literature, there’s no better way of spending your vacation. Event voyages are able to open up activities that guests wouldn’t otherwise have access to.”
Lee Powell

Cunard, he adds, has always delivered themed voyages in some capacity. In the past, a voyage might have revolved around a particular destination, with on-board activities relating to that place. More recently, though, the line has broadened its focus.

“Where this really started was in 2016, when we developed our first Transatlantic Fashion Week crossing on Queen Mary 2,” he says. “We knew our guests were interested in style, fashion and dressing up for dinner, so we thought, wouldn’t it be a unique experience to sail on board Queen Mary 2 and celebrate fashion in all its guises as you sailed?”

The result was Cunard’s first designated specialevent voyage – a style-themed week, featuring big names from the world of high fashion. With the fourth Transatlantic Fashion Week scheduled for this summer, it has become an annual fixture.

It has also set the tone for the other specialevent voyages. In principle, each theme expands the demographic that might be interested in booking a cruise.

“We’re trying to tap into what we know our guests love, but also what people who haven’t sailed with us would like as well,” says Powell. “We really do believe there’s a meeting point there, and that a way of introducing Cunard to them is through these event voyages.”

Across the Atlantic, at Crystal Cruises, themed voyages have been part of the offering for 20 years.

“On Crystal, you have a demographic that’s babyboomer aged, so we have themes that really generate excitement among these particular guests,” says Keith Cox, vice-president of entertainment and enrichment. “Ballroom dancing is particularly popular on our voyages. Combine it with a big-band sound and that enhances the experience even more – we have people who book a cruise just so they can dance every day and night.”

This was the thinking behind Crystal’s Big Band & Ballroom Dance cruises, which offer uninterrupted immersion in guests’ activity of choice.

“The last one we did was an 11-day cruise, and in those 11 days we had 10 days at sea,” says Cox. “There’s a captive audience, and our programming on board will give them as much of that theme as possible. If you have a port-intensive itinerary in Europe, that’s a whole different dynamic, and we wouldn’t really do that type of theme.”

Crystal’s themed cruises, which it dubs Experiences of Discovery, run the gamut from Summer Solstice to Jewish Heritage. In some cases (particularly on its river ships), the bulk of the theme relates to what’s happening on land. For instance, the Oberammergau Passion Play package includes walking tours of Munich and Oberammergau, and tickets to the famous Bavarian production.

Others take place entirely on board, when the cruise ship becomes a world in itself. Cox is particularly excited by the Crystal on Broadway cruises, in partnership with Broadway producer Kevin McCollum.

“Our guests love the arts, they love Broadway, so this has been really successful,” he says. “They can meet the Broadway stars and be involved in a Q&A, and then see the performances the following night. In January, we did a workshop for the new stage musical of Mrs Doubtfire, where the writers got to walk the guests through the process of writing a musical. Our guests loved it because they got to be the first audience ever to hear the songs.”

Of course, there can be some logistical difficulties associated with planning a themed cruise, particularly when it comes to scheduling the celebrity speakers. Golf cruises, for instance, face the conundrum that guests typically want to play golf in the summer. But since that’s also tournament season, it can be hard to find famous golfers who aren’t otherwise engaged.

It helps, says Cox, that Crystal is a luxury line and therefore has a certain cachet with the talent it might hope to book.

“To make these themed cruises successful, you have to have the right celebrities and specialists, and the stars always love coming with us because they’re taken care of,” he says. “Elton John is writing the music for the stage musical of The Devil Wears Prada, so our ultimate goal would be to get Elton John.”

Cunard is also able to rest somewhat on the strength of its brand, which has given rise to a prestigious array of partnerships.

“Whether it be the Society of London Theatre and the Olivier Awards for the theatre voyage, or the English National Ballet, these are world-renowned institutions that are respected in their field,” says Powell. “So being able to partner with establishments like this gives the voyage real credibility and ensures the standard on board is what guests would expect.”

A cruise for all seasons

None of which is to say that mid-market cruises cannot have themes. Many do, and in fact the offering is just as broad as it is in the luxury tier. The industry seems to be evolving to a point at which, no matter what guests like doing and no matter what their price point, they’ll be able to find a cruise to suit.

In recent years, themes have included Star Trek (Royal Caribbean), Strictly Come Dancing (P&O), the 1980s (Celebrity), ghost hunting (Norwegian), knitting (Holland America) and naturism (also Holland America). While some of these themes might be accused of gimmickry, their continued popularity goes to show that this is no deterrent (the ghosthunting cruise, for example, has set sail several times a year since 2013).

It’s also important to point out that not all themed cruises are fully immersive. While some are (these are often chartered by an independent company), others are targeted only at a particular group of passengers, leaving the other holidaymakers unaffected. Others are in essence a regular voyage, albeit with special activities laid on.

“For instance, you can enjoy our fashion voyage even if you’re not interested in fashion,” says Powell. “The fashion element sits over and above the existing experience so that we are able to cater for everybody on board. So we try to have that balanced repertoire of programming – we might have a world-renowned political editor speaking at the same time.”

Generally speaking, the industry is waking up to the fact that the cruise-going population is not monolithic. As operators are discovering, being a bit more creative in their programming can only work to their advantage.

This is particularly the case as the average age of passengers comes down. It is practically a truism within the travel industry that millennials are hungry for experiences as opposed to things. For cruise lines hoping to attract a younger passenger, offering one-off events and excursions may seem like a good way to go about it.

For other cruise lines, it’s simply about building on what they know works best.

“Right now, our goal is to continue with our current popular themed cruises,” says Cox. “But each time we do them, we want to make them bigger and better than before.” 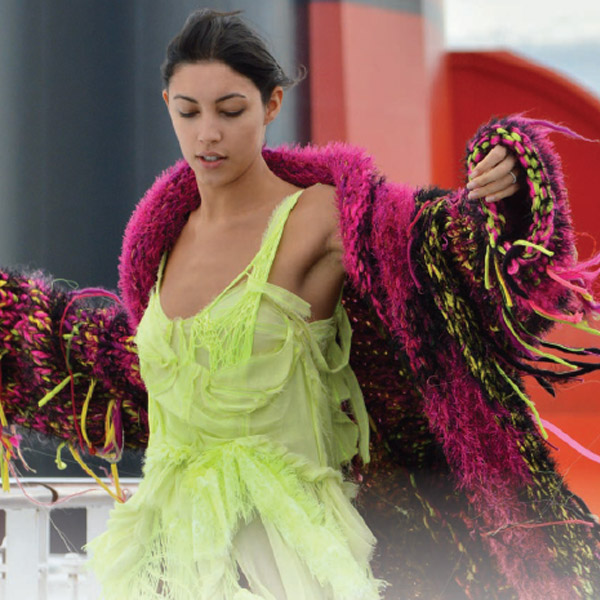 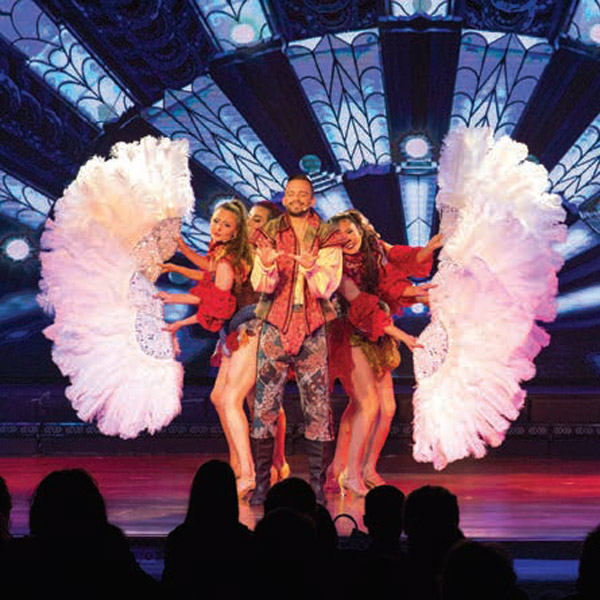 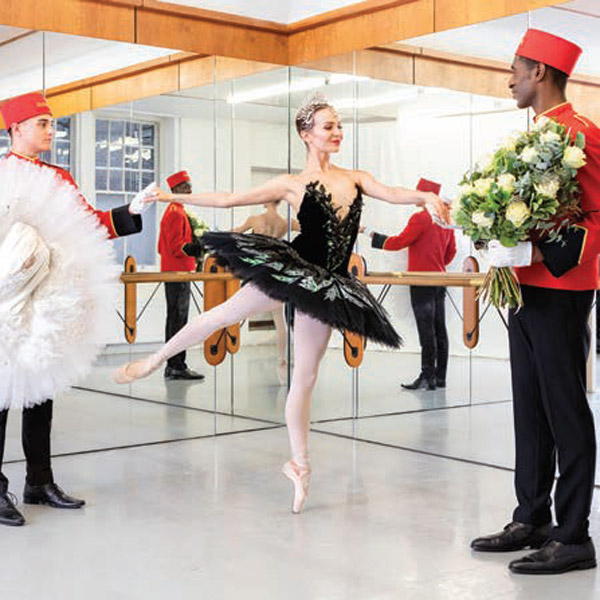 Cunard has partnered with highly respected organisations, like the English National Ballet, to deliver unique experiences.
Post to: