With operations suspended and new builds delayed, shipbuilders are working around the clock to protect their order books and avoid cancellations. Irenie Forshaw talks to Daniele Fanara, senior vice-president for the new building merchant ships business unit at Fincantieri; Tim Walters, technical director of maritime market research at Royal Haskoning; and Edwina Lonsdale, managing director of Mundy Cruising, about where the industry goes from here and whether the pandemic will accelerate the demand for smaller cruise ships.

On 14 February, Fincantieri delivered Scarlet Lady – the first of four luxury cruise ships ordered by Virgin Voyages – at its shipyard in Genoa. Valued at around €3bn, the construction deal was indicative of the booming cruise shipbuilding market at the start of the year. A few days later, the vessel left Italy to embark on a busy schedule of starstudded events. The first stop was Dover, UK, where Richard Branson was waiting to unveil his sparkling new ship. The timing was unfortunate. Stranded in Tokyo Bay, Diamond Princess had recorded more than 600 cases of coronavirus and haunting images of the quarantined ship dominated international news. But Branson wasn’t worried. “Obviously what happened in Japan was horrendously unfortunate,” he told Reuters. “[But] I think the longer-term impact will be negligible. I think the fact that we’re going out of the US means that I don’t think we’ll suffer.”

After docking briefly in Liverpool, however, Virgin Voyages announced it was cancelling a host of glamorous events in New York, as the city recorded its first case of coronavirus. Instead, Scarlet Lady headed straight to her home port in Miami, Florida. She arrived on 7 March, one day before the US state department issued a warning to its citizens, advising them not to travel by cruise ship because of concerns over Covid-19. Two days later, Italy went into a nationwide lockdown.

It hasn’t been plain sailing for Fincantieri. In March, the Italian shipbuilding company suspended production as the country’s coronavirus cases neared 18,000. By April, they had started to gradually resume activity, but the scaling up of production back to full capacity took several weeks. Despite this, in early June, Virgin Voyages’ second ship, Valiant Lady, was floated out.

At the end of 2019, the cruise shipbuilding industry was going from strength to strength. Cruise Lines International Association (CLIA) predicted the number of cruise passengers was set to reach 32 million in 2020. Demand for new ships, explains Daniele Fanara, Fincantieri’s vice-president for the new building merchant ships business unit, has in part been driven by the need to replace ships that entered service in the 1990s, made obsolete by the introduction of new environmental and safety regulations. What’s more, he explains, cruise line owners have, in recent years, been drawn to newer vessels that operate at higher profitability and have lower management costs, while offering a wider range of entertainment on board.

“If we look back even to the beginning of the year, the cruise ship order book itself was around 40% of existing fleet capacity, which is phenomenal,” says Tim Walters, technical director of maritime market research at Royal Haskoning. “Of course, back then, little did we know what was around the corner.”
As countries around the world went into lockdown following the outbreak of Covid-19, many shipyards were forced to shut down temporarily, leading to a significant dip in production levels. Walters expects there to be a slippage of deliveries into 2021, and for fleet growth to slow down considerably. “From a shipbuilding perspective, juggling your cash flow, order book and the high level of continued market uncertainty is going to be difficult,” he explains. “The main challenge for cruise shipbuilders will be avoiding cancellations.” So far, the industry has seen lots of postponements but has managed to largely avoid losing out on future orders, partly because cruise ship order books stretch so many years ahead. “It’s amazing – the sheer demand of ordering there has been over the past several years,” says Walters. “At least there’s a degree of breathing space because there is such a large order book to begin with.” All the same, he adds, if the situation remains similar in a year’s time, the economics of cancelling versus delaying could change.

Fincantieri’s top priority, says Fanara, is to keep their backlog of orders intact, which at the time of writing sits at a comfortable 41 ships. While they have had to reassess the delivery dates for a number of projects, up until this point, there have been no order cancellations. In March, the shipyard quickly put in place measures to protect its workforce and prevent the spread of the virus at its sites, including an increase in separate shifts to avoid crowding. Putting Covidsecure protocols in place has been crucial to ensure work can continue. Still, an outbreak of the virus could force the temporary suspension of operations at any time.

There is still a lot of uncertainty around how long the pandemic will go on for and how hard it will be to regain consumer confidence. This will largely depend on the ability of cruise lines to reassure people it is safe to step back on board. “I don’t think we should underestimate the societal anxiety around all of the unknowns,” says Walters. “We’ve all seen the high-profile news about various stranded vessels beamed into our homes; in terms of a crisis in confidence, I don’t think we’ve quite experienced this before.”

While the industry as a whole is reeling from the bad publicity of virus outbreaks on larger vessels, the already growing trend for small cruise ships could be set to accelerate. Edwina Lonsdale, managing director of Mundy Cruises, a luxury small cruise ship specialist, believes passengers are drawn to the personalised service smaller ships can offer. In July, her company carried out a survey that found that 30% of luxury cruisers planned to downsize to a smaller ship post-Covid-19.

“I think from a passenger point of view, people who are relatively sophisticated, possibly older travellers, who have always been a bit unsure about whether they like the new big ship operation will say ‘okay, now’s the time to go for a smaller ship’,” she explains. “Maybe they usually go for the smaller ship within the big fleet with under 2,000 passengers, and now they think ‘I’m going to go smaller still’.”

“If we look back even to the beginning of the year, the cruise ship order book itself was around 40% of existing fl eet capacity. Of course, little did we know what was around the corner.” Tim Walters, Royal Haskoning

Introducing new operating procedures to prevent the spread of the virus is currently top of the agenda for cruise lines. Lonsdale thinks this will be more manageable on smaller ships that have fewer passengers, as the guests can be divided into groups and carefully monitored. She is confident replicating the cruise experience people know and love without impacting the atmosphere will be easier to achieve in a smaller environment.

However, Walters argues this is just one take on the situation and that the type of cruise ship customers return to will come down to passenger perception. “I wouldn’t be surprised to see the direction of travel continue towards more personalised and adventurous cruising and for this to be reflected in future order books,” he says. “But I don’t think it’s as clear cut as large vessels bad, small vessels good.” After all, he adds, some smaller cruise ships that have set sail over the summer – like the 330-passenger Paul Gaugin – have also experienced outbreaks of the virus.

“I think the market for small ships will still be an important and interesting segment in the future, but, frankly speaking, I do not foresee a further boom of orders.” Daniele Fanara

Fanara cautions that the growing demand for smaller vessels in recent years led to small yards that lacked cruise shipbuilding experience accepting orders at very low prices. “Unfortunately, small does not mean simple – quite the opposite, in fact – and the situation led to bankruptcies, delays in deliveries and cancellations,” he explains. “I think the market for small ships will still be an important and interesting segment in the future, but, frankly speaking, I do not foresee a further boom of orders.”

Looking forward, he believes each part of the industry – shipowners, yards, public and private stakeholders – will need to come together to weather the Covid-19 storm. Ultimately, he says, it is vital to preserve the new-build order workload, which will be the “backbone of the future of the industry”. However, he goes on to explain that shipyards must also continue developing innovations for the next generation of cruise vessels to be delivered after 2026.

There is already significant research and development taking place to reduce the environmental impact of future vessels, which he believes will solve one of the main issues that could hinder development of the cruise industry longer term.

While he concedes it is difficult to put a time frame on the recovery of the industry, he is cautiously optimistic for the future. If cruise lines are allowed to start sailing at the beginning of 2021, he says, the industry may experience a relatively rapid recovery taking only two or three years. If, instead, cruise owners and operators are forced to suspend operations for too long it will be a different story. However, he says, this is something he is confident can be avoided.

Walters is also reluctant to predict when the market might start to recover – “Ask me again in a year’s time,” he says – reiterating that rebuilding consumer confidence in cruising will be key. “It’s going to take care, skill and there might even be a degree of luck,” he explains. “The industry is going to need a lot of resilience.”

The number of cruise passengers originally predicted in 2019 to set sail in 2020.
CLIA

Luxury cruisers are planning to downsize to a smaller ship post-Covid-19.
Mundy Cruisi 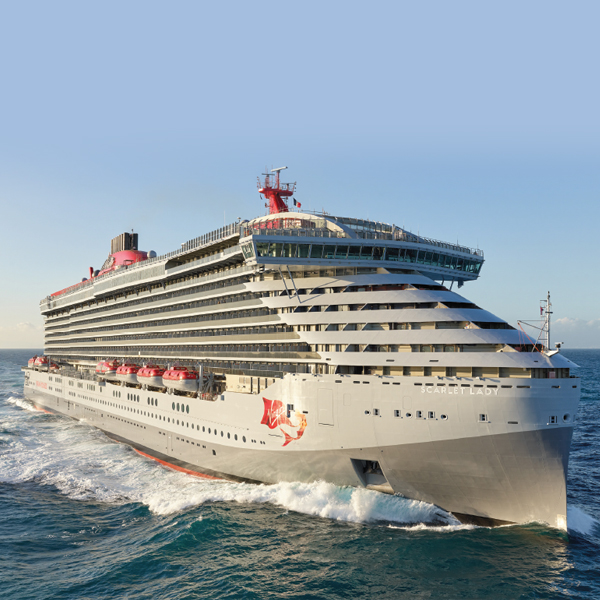 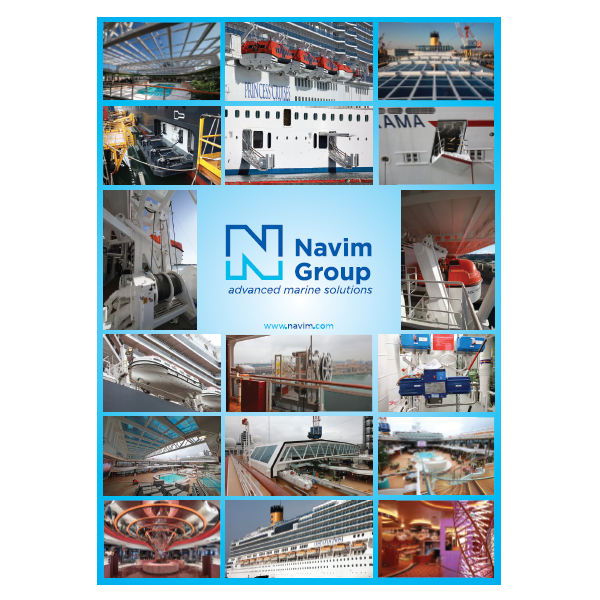