The show must go on

Pre-pandemic stage shows at sea were increasingly ambitious, with cruise lines delivering high-calibre renditions of West End and Broadway productions. Now, as the industry revs up its engines, entertainment directors are recalibrating their shows for a time of social distancing and striving to deliver memorable performances. Jim Banks speaks to Richard Ambrose, Norwegian Cruise Line’s vice-president of entertainment, and Nick Weir, senior vice-president of entertainment for Royal Caribbean International, about how the show can still go on against the odds.

Not much more than a year ago, stage shows on cruise ships were reaching new heights of artistry and flair. Renditions of West End and Broadway productions were familiar fare and performances were the highlight of the trip for many passengers. Then Covid-19 struck. The lights went off and the stage went quiet.

Now, as vaccine programmes continue at a lively pace, a handful of ships are resuming activity – including Royal Caribbean International’s Quantum of the Seas – and entertainment directors are reworking their shows for a post-Covid audience. But will the sacrifices they have to make for health and safety undercut the artistic quality?

Open productions taking place on Royal Caribbean lines prior to the pandemic.

“We are making a conscious effort to continue innovating across every part of our business, including entertainment,” says Richard Ambrose, vice-president of entertainment and cruise programmes at Norwegian Cruise Line (NCL). “On board our ships, we will be continuing with our well-known and well-loved programme of highcalibre entertainment, and holidaymakers will still be able to enjoy award-winning productions straight from Broadway and the West End.”

Royal Caribbean has already pioneered the return of elaborate performances, with the Quantum of the Seas starting to run a full programme from December on its cruises around Singapore. There were moments when it felt like it was the only show in town back up and running.

“At one point, we were putting on the only show on earth,” says Nick Weir, senior vice-president of entertainment for Royal Caribbean International (RCCL). “Humans have a great ability to adapt, so there is no artistic limit to our vision because of Covid. Pre-production is happening via Zoom, which was challenging at first, but we have not had to compromise on shows. My goal as a producer is to make sure people don’t remember Covid once the curtain goes up.”

Before the pandemic, NCL’s programme was transporting guests from the gritty streets of New Jersey to glamour and fame with Jersey Boys; restaging the 1980s nostalgia of Footloose; evoking a New Orleans speakeasy with Happy Hour Prohibition: The Musical; and reimagining the six wives of Henry VIII telling their story in a non-stop pop rock show in SIX.

“I always say that NCL is the world’s largest regional theatre,” remarks Ambrose. “We continue to look for ways to offer guests one-of-a-kind experiences they wouldn’t expect on cruise ships. For example, on Norwegian Encore we built a real pub for The Choir of Man. I discovered the show at the Adelaide Fringe Festival, so it was really important for me to be able to emulate the environment in which I first experienced their feel-good performance for our guests.”

Throughout 2020, NCL used the pause in operations to work on new developments for its next class of ships, Leonardo, which will be launching between 2022 and 2027. Ambrose believes that, in terms of entertainment, these six vessels will showcase another raft of innovation.

At the same time, NCL has made efforts to remind guests about the unforgettable experiences available across its fleet through its new content platform, ‘EMBARK with NCL’, which allows people to enjoy a front-row seat at the line’s highly anticipated comeback from the comfort of their home. The omni-channel platform launched with two special online showcases – a reunion of the cast of its most popular show, The Choir of Man, from London’s West End Garrick Theatre, and ‘Live from Broadway’, an exclusive compilation of Broadway and West End entertainment.

“We have always had a fighting spirit,” says Ambrose. “Our team has been using this pause to prepare for our comeback, and the creative minds and incredible talent we have on board will undoubtedly be a welcome escape for our passengers when we are able to resume sailing.”

Meanwhile, RCCL has already ramped up its entertainment programme with the Quantum, and is set to go further in the next few months. It is about to send the Odyssey of the Seas to Israel, and it has announced that the Anthem of the Seas will be running cruises from Southampton.

Its programme of shows will be the same as 18 months ago, but Weir has been far from idle during that time. He has focused on improving the existing programme and, crucially, adapting it to fit with the changing restrictions brought in to manage the pandemic.

“We are sticking to a bubble system, but the bubble is a country,” he explains. “For example, we are building the shows now for the Odyssey, which will operate within the bubble of Israel. In Singapore, we partnered with the government and respected local protocols, which can change every day. We put on three enormous and glamorous shows. We incorporated masks into the show and, although there was social distancing for the audience, we took a different approach with the cast, deciding on daily testing. Those entertainers were true pioneers.”

Behind the safety curtain

The real challenge of an artistic vision is whether it is strong enough to transcend limitations. With guests forced to socially distance and cast members working in close quarters, health and safety issues have been complex. NCL and RCCL worked together to establish a Healthy Sail Panel to develop a comprehensive set of recommendations that could help the industry navigate its way through this complexity.

The panel came up with 74 detailed best practices to protect the health and safety of guests, crew and the communities where cruise ships call. From testing and using face coverings to enhanced sanitation procedures on ships and in terminals, the approach adopted small changes that accumulate to have a major impact. Those changes have clearly been successful. The Quantum of the Seas has sailed with 50,000 passengers and there has not been one single case of coronavirus.

For Weir, this meant cast members wearing face coverings while performing but, with typical ingenuity, the masks were fully incorporated into the show. “On the Quantum, we are thinking about keeping the masks in the show even after Covid has gone,” he says. “The masks make the show look better. They are costume masks, pieces of art. Masks are just part of our wardrobe now.”

Social distancing for the audience certainly has an impact on the atmosphere, not least because of the reduced number of guests seeing the show, but Weir firmly believes it does not detract from the performance.

“It can be adjusted to, but there is a different vibe. However, people make up for it. There is great support for the artists, who raise their game,” he says. “The quality of response is as good as ever, but there is a different rhythm to it. We are focused on big, complex shows, so why should the audience see anything different to before? From a creative and artistic point of view, there should be no difference.”

NCL, too, has limited capacity in its venues to ensure safe social distancing. The shows will be the same, but every other seat will be blocked off and patrons cannot sit directly in front of or behind an occupied seat. Shows are also being restaged and blocked so that vocalists are not singing directly at each other. However, while masks must be worn backstage, NCL liaised closely with the US government and has been granted permission from the CDC for its performers not to require masks on stage.

“Ultimately, we’re dealing with a whole new landscape, from globally recruiting talent and training them shoreside to getting them back on ships,” says Ambrose. “We’ve tried to make the impact of new health and safety protocols on the show itself as minimal as possible. We’re confident that the experience will be the same when we return to sailing, with only minor changes. We will be providing the same entertainment and quality but with a smaller audience, so there will be an increased number of performances on each cruise.”

Number of comedy sets staged by Royal Caribbean in 2019, totalling more than the Comedy Store.

“Booking trends for 2021 and 2022 are off the charts. There is pent-up demand from passengers and from cast members.”

Indeed, cruise ships are now safer than ever. NCL’s Sail Safe initiatives, for example, have brought in a new air filtration system, increased sanitation measures, enhanced screening protocols and advanced medical resources. With the Healthy Sail Panel’s comprehensive approach to risk mitigation, both NCL and RCCL can implement the stringent requirements demanded by regulators and deliver the flexibility to adapt as the progress of the pandemic changes and restrictions are altered.

While the future still remains unclear, one thing is certain – the appetite for cruise holidays and on-board shows is as big as ever. “We put that machine to sleep and now we have to start it up again,” says Weir. “Booking trends for 2021 and 2022 are off the charts. There is pent-up demand from passengers and from cast members. Getting 140 shows going again is a real challenge but when the market was shut we had a forced period of rest, which we used for writing, storyboarding and exploring new technologies. A new normal could be a better normal.” 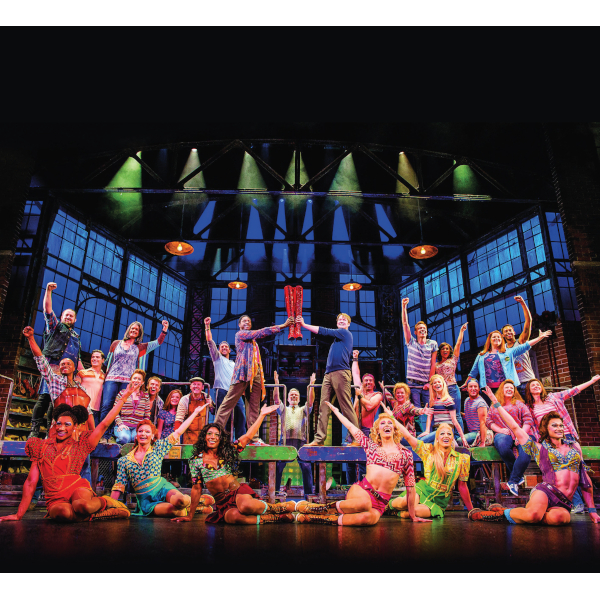 Stage shows, like this production of Kinky Boots, are the highlight for many cruise passengers. 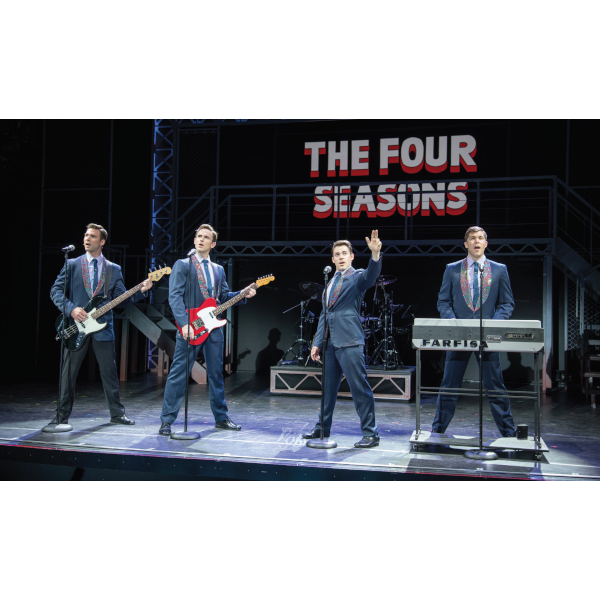 NCL worked with the creators of Jersey Boys to produce a shorter, cruise-friendly version of the show.
Post to: