As the average age of cruise passengers continues to fall, several operators are looking towards millennials as the next big cruise demographic. But with uptake still relatively slow, how big an emphasis should the industry be placing on attracting younger passengers, and what changes are required to snag millennials? Abi Millar talks to Uniworld CEO Ellen Bettridge to find out.

In late 2016, the upscale river cruise company Uniworld made a surprising announcement. It was set to launch U by Uniworld, the world’s first cruise line for millennials. As the press release explained, this would mean offering “immersive, authentic and adventurous experiences for the next generation of river cruisers along the Instagram and Snapchatworthy rivers of Europe and amazing cities such as Amsterdam, Paris and Budapest”.

Originally, the brand said it was targeting 18–40-year-olds, but that age bracket was later shifted upward to 21–45. By the time of the inaugural sailings in April 2018, the upper limit had been scrapped altogether, with Uniworld citing “high demand from consumers and trade”.

We believe that river cruising is hot right now, but we’ve got to attract another generation and let them see what it’s all about.

“U has learned that the experience is less about a number and more about attracting a new generation of adult travellers to river cruising,” said the company in a statement.

Given the brand’s new all-inclusive policy, it would be easy to imagine its ships overrun with baby boomers, cementing their ‘young at heart’ credentials by bopping along to the silent disco or posing at the on-board selfie station. However, in practical terms it appears that little has changed. The brand’s marketing is still heavily focused on younger travellers, with its website and Instagram feed featuring attractive 20–30-somethings against a backdrop of European landmarks. Ellen Bettridge, president and CEO of Uniworld, says the mission is the same as it always was: to rethink the river cruise experience for a younger clientele.

“We believe that river cruising is hot right now, but we’ve got to attract another generation and let them see what it’s all about, because they don’t think it’s for them,” explains Bettridge. “We’ve got to figure out how we get them to identify with this incredible vacation opportunity.”

Bettridge, who has been at the helm of Uniworld since 2016, speaks with an infectious enthusiasm. She describes her job as “probably the coolest in the entire world”, and as Bettridge details what U by Uniworld has to offer, it’s easy to see why a cash-poor, experience-hungry generation of travellers might be tempted to spend upwards of $2,000 on a cruise.

“We’re excited that we are leading this push and taking this risk – because we believe in it,” she says. “We’re making history in the river cruise space, and it’s exciting. We’re not going to sit still, we’re going to continue to evolve.”

The task Uniworld has set itself is far from straightforward. Mention cruising to the average millennial, and they are unlikely to picture the holiday of a lifetime. Bland buffets, dreary itineraries and elderly passengers might be some of the images that come to mind; however, the industry has taken measures to prove otherwise. According to the Cruise Lines International Association, the average age of a cruise-goer now stands at a relatively young 46, and operators have worked hard in recent years to position themselves as activity-oriented. But for a generation that gets its kicks from Interrailing around Europe or backpacking across South East Asia, the stereotypes may prove hard to dislodge.

This is why U by Uniworld has taken a different approach. It pitches the cruise less as a destinations in itself and more as a vehicle for experiences.

“Millennials want to explore destinations and be with the locals – they want the local culture and cuisine – and we designed our itineraries with that in mind,” says Bettridge. “We stay longer in ports, which gives people the opportunity to truly explore the places they’re in.”

In Amsterdam, she says, guests embarked on a food-tasting tour, and in Rüdesheim am Rhein, they learned how to make cheese. “They love it because it’s hands on – they’re getting in there, they’re part of it,” she says. “That’s what millennials want – to be part of the action and truly immerse themselves in the destination.”

U by Uniworld’s two ships, The A and The B, offer a selection of eight-day itineraries along with two five-day holiday itineraries. These include various overnight stops, along with two or three-night stays in major cities. As Bettridge sees it, the ships themselves function as “beautiful, floating, boutique hotels”, allowing you to visit multiple cities with no need to keep packing and unpacking your suitcase.

“Your little hotel takes you everywhere, and every day you go onto something new,” she says.

It’s an attractive proposition, and a good selling point for river cruising in general. Nonetheless, the fact remains that millennials value their freedom. Might they not find cruising restrictive? Bettridge doesn’t think so, remarking that the brand ethos is all about choice. “It’s their vacation, and it’s up to them what they want to do and where they want to do it. We’re just giving them options,” she says.

Unlike a typical cruise, in which activities might kick off at eight in the morning before winding down for the evening, U by Uniworld works on the basis that guests will want a lie in. It’s programming starts later in the day, and importantly, the company offers night tours. There is also a fleet of bikes on board, allowing guests to explore destinations on their own. For those who don’t want to disembark, the ships themselves have a wide roster of on-board activities. These include evening lounge parties, top-deck yoga sessions, mixology classes and painting lessons complete with wine.

“With other river ships, the top deck is generally dark at nighttime, but ours is lit up,” says Bettridge. “We have banquettes and big round chairs everywhere, and people are just hanging around outside having a ball.”

From a design perspective, the ships are nothing if not Instagram-friendly. Beginning life as the River Ambassador and River Baroness, the ships, now known simply as The A and The B, have been completely revamped, with matt-black exteriors and a monochrome colour scheme throughout. They do, however, retain some of the more extravagant touches of the originals, such as luxury Savoir beds and marble bathrooms.

On top of that, the ships pride themselves on being tech-oriented and eco-friendly. The daily itinerary and menus are sent electronically, there is reliable on-board Wi-Fi and all dietary requirements are catered to, with a particularly strong emphasis on healthy eating.

“We offer something like a communal dining experience – we bring out a dish of vegetables and a dish of fish, and place it on the table for people to help themselves,” says Bettridge. “This encourages people to connect, because there’s no better way of getting to know someone than by breaking bread with them.”

In the future, she says, the brand will focus on tying its itineraries around festivals and festivities. Over the coming months, the ‘Danube Flow’ sailing will stop at Sziget Festival in Budapest, and two of its German sailings will stop at Oktoberfest.

“Next year, we will look at things like King’s Day – a Dutch public holiday – and make sure we’re right in the middle of Amsterdam when that’s happening,” she says. “The B was in Paris when France won the World Cup, and it was an absolute blast on board. So we’re going to focus on where the festivals are and how we can put our customers into the heart of them.”

We offer a communal dining experience... this encourages people to connect, because there’s no better way of getting to know someone than by breaking bread with them.

Getting off the ground

Perhaps unsurprisingly, the feedback so far has been outstanding. The company is excelling on online review platforms, and, in this regard, U by Uniworld is a clear success story, one that other river cruise operators could soon attempt to emulate. Amadeus River Cruises has said it plans to launch a millennial-oriented ship in 2019.

Of course, it is worth remembering that each U by Uniworld cruise only hosts 120 passengers, which means no matter how much the guests enjoy themselves, it is not necessarily indicative of a widespread industry trend. When asked whether she thinks the sector needs to work harder to attract millennials, Bettridge is diplomatic, pointing out that “everyone has their own business model”.

The insurmountable fact remains that cruising is expensive. While U by Uniworld’s cruises are cheaper than average, they are still unlikely to attract people who would otherwise stay in an Airbnb or hostel. However, it would be fair to say that cruising for millennials (at least, for somewhat moneyed millennials) is far from a lost cause. “The response from the passengers has been fantastic, and they’re getting out there and telling their friends,” says Bettridge. It seems that for operators who get it right, this demographic may still offer a significant untapped opportunity. 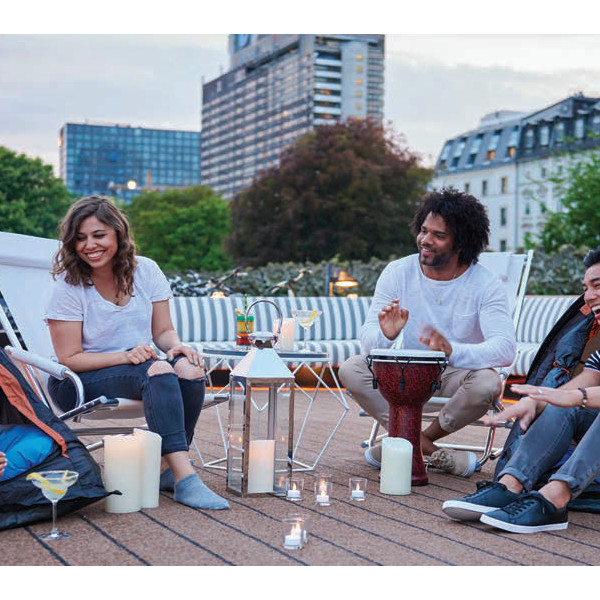 Hoping to entice millennials, U by Uniworld has devised itineraries for its river cruises that start late and go on well into the night. 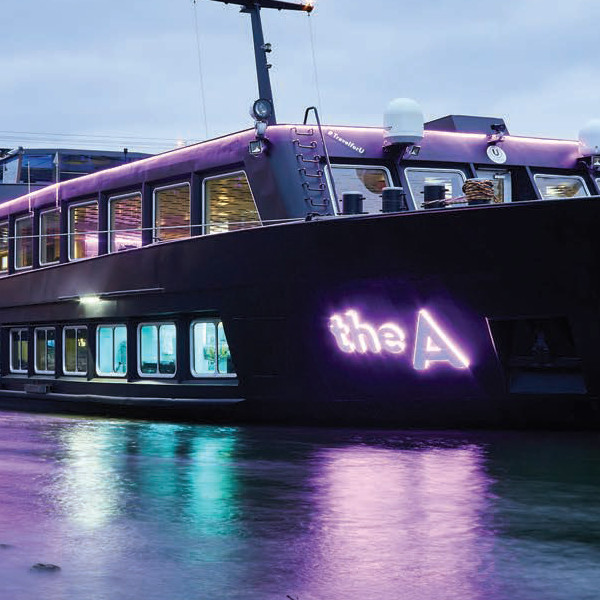 U by Uniworld’s ship The A is designed with the millennial market in mind. 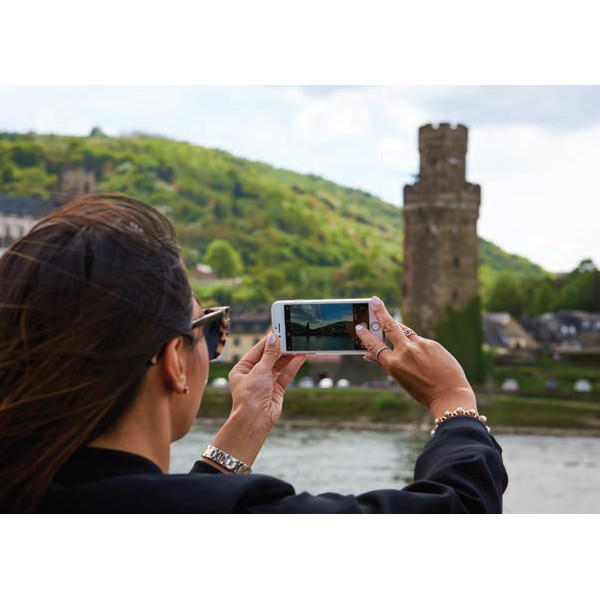 Passengers can view a river cruise as a unique, floating hotel – perfect for experiencing a country.
Post to: