Sailing against the wind

In the past, commanding a cruise ship has been a male role – but times are changing. Grace Allen discusses the rise of female cruise captains with Sea Cloud’s Captain Kathryn Whittaker, Captain Kate McCue of Celebrity and Despina Panayiotou Theodosiou, president of the Women’s International Shipping and Trading Association.

History shows us glimpses of women who excelled at commanding vessels on the high seas. Pirate queen Grace O’Malley controlled the waves on the west of Ireland in the 16th century; legend holds that she led her crew into battle the day after giving birth.

In the early 19th century, widowed Ching Shih took over the famed Red Flag fleet and, by extension, the South China Sea, commanding up to 50,000 pirates and enforcing her own legal code.

Oceans away, in 1856, teenager Mary Patten assumed control of the clipper Neptune’s Car when the captain – her husband – fell ill. Educated in navigation, she guided the ship through the fearsome roaring forties, around Cape Horn, to San Francisco – quelling a mutiny along the way.

The first appointed female captain of an ocean-going vessel, Anna Shchetinina, took command of the Soviet MV Chavycha in 1935. In the cruise industry, however, a woman was not granted the status of captain until as late as 2007, when Karin Stahre- Jansen took the helm of Royal Caribbean International’s Monarch of the Seas.

In 2010, Sarah Breton and Inger Olsen were made captains by P&O and Cunard, respectively, and others have followed. But earlier this year, the Women’s International Shipping and Trading Association (WISTA) gave the number of female cruise captains as 3% of the total; this is an enduring legacy of a historically masculine maritime world where women in senior positions are few and far between.

Nevertheless, Captain Kathryn Whittaker – named captain of the Sea Cloud II in March this year, and the first Canadian female cruise captain – offers a straightforward and positive assessment of the place of women in the industry. “Times change and people adapt,” she says. “The perception of only men being captains has changed with the times.”

While the maritime world reflects global societies that, in many cases, increasingly accept women as leaders, the existence of organisations and initiatives set up to support women in the industry demonstrates the ongoing nature of this issue, and that this improvement has not come about without effort.

WISTA, set up in 1974, is a case in point. The organisation provides support and networking opportunities for women in management roles within the industry, and was most recently awarded IMO consultative status.

Despina Panayiotou Theodosiou, WISTA’s president, and CEO of Tototheo Maritime, displays a cautious optimism in her assessment of the gender balance in shipping. “I think it’s changing,” she confirms. “Of course, with change we need understanding and patience – we all wish that we could change things immediately.”

The distance the industry has already travelled is clear from a vignette provided by Kate McCue, captain of the Celebrity Equinox. “When I started sailing, women’s uniform pants didn’t have pockets or even belt loops, which made it challenging to carry around a radio, keys, tools, etcetera,” she says. “Luckily, this has evolved. We also just nixed neckties for the women’s uniforms, which I certainly appreciate.”

Change from the top

The demographics of the cruise industry put it at the forefront of improving maritime gender diversity, with the majority of female seafarers employed on cruise ships. For Panayiotou Theodosiou, the rise of women in management positions is hugely significant. “Change will happen if it comes from the top,” she says. “We have many female CEOs or presidents in the cruise industry, so they bring this diversity into the mix.”

McCue received her promotion from Lisa Lutoff-Perlo, who became CEO of Celebrity Cruises in 2014. Celebrity also has a partnership with the Regional Maritime University in Ghana, with the express aim of recruiting women for positions on the bridge. Elsewhere, Christine Duffy, former president and CEO of CLIA, is now global president at Carnival Cruise Line. Women occupying positions of command is becoming a normality.

Panayiotou Theodosiou also highlights the diversity of cruise seafarers – drawn from myriad nationalities – as responsible for creating an open-minded environment that allows women to succeed. This is further emphasised by McCue. “I have only ever sailed on ships with an international crew,” says the Celebrity Equinox captain. “Everyone is a minority of some sort, be it race, religion, sexual orientation, et cetera. This has a way of putting us on a level playing field, and there is an unspoken respect and support for each other.”

In this atmosphere of inclusion, it has to be noted that the majority of women who have been promoted to the role of captain are white. There are indications, though, that women of colour are also taking their place on the bridge. Belinda Bennett, appointed captain of the Wind Star in 2016, is the industry’s first black female captain, while Celebrity Cruises’ partnership with the Regional Maritime University in Ghana has seen Nicholine Tifuh Azirh become the first female cadet from Africa.

It’s clear that a culture change is well under way – one facilitated by, but not limited to, the presence of women in cruise industry boardrooms. Panayiotou Theodosiou is firm on this point. “Let’s not forget it’s not only the behaviour of the women that has changed, being more confident and claiming their seat at the table, but it’s also the behaviour of men that has changed, and we need to acknowledge that,” she says. “If we are to have real change then we all need to work on this together.”

McCue agrees. “My experience from the people I’ve worked with in my company is that I have had men in positions of authority, be it captains, senior officers, or shoreside management, who have always encouraged the right people for the right job, regardless of gender,” she says.

McCue’s words emphasise that a shift in attitudes within the industry did not coincide with women becoming captains but has been under way for some time. Women who are now taking the helm have been ranking officers on the bridge for years. “Just as in any other previously male-only field, the challenge is breaking through. But this breakthrough has already happened,” says Whittaker. “Becoming a captain requires years of hard work, working your way up through the ranks, doing and understanding all the jobs on a ship, and not being afraid to ask for help, guidance or support.” Whittaker began at Sea Cloud as a deckhand and served as chief officer for six years before her promotion to captain. McCue trained at California Maritime Academy before becoming a third mate with Disney Cruise Lines, and then working her way through the ranks at Royal Caribbean.

For Panayiotou Theodosiou, the presence of women in positions of authority on the bridge has a significance that touches on the future of the industry. She hopes that increased diversity will facilitate the sustainability of shipping by encouraging young people from all backgrounds to embrace maritime life. “We need to create an atmosphere, especially on board, for younger people to feel that they can have a meaningful career and succeed,” she says.

While she acknowledges that the industry has work to do in this area, she is particularly positive about the visibility of female officers. “I am happy that these female captains and CEOs are getting exposure in the press because what the younger generation needs – and not just the new generation of women, but in general – is role models,” she says.

McCue is the prime example of this. She’s been interviewed by Cosmopolitan and Forbes, and her hairless cat Bug Naked, who travels with her on board, has an Instagram account with nearly 15,000 followers (McCue has over 40,000). ‘Captain Kate’ is a familiar presence on board the ship, where she takes the time to get to know her passengers. However, she plays down the suggestion that her visibility on the ship is a conscious effort to change perceptions. “If I’m feeling tired of looking at a computer screen or need a quick pick-me-up, I’ll go walk around and talk to people,” McCue says. “If this changes people’s assumptions of what a cruise ship captain is, then so be it, but it’s not the reason I do it.”

Nevertheless, her presence does effect change. As Whittaker puts it, “As more women succeed in these senior positions and roles, they are becoming, whether they want to or not, role models for younger women to aspire towards.” 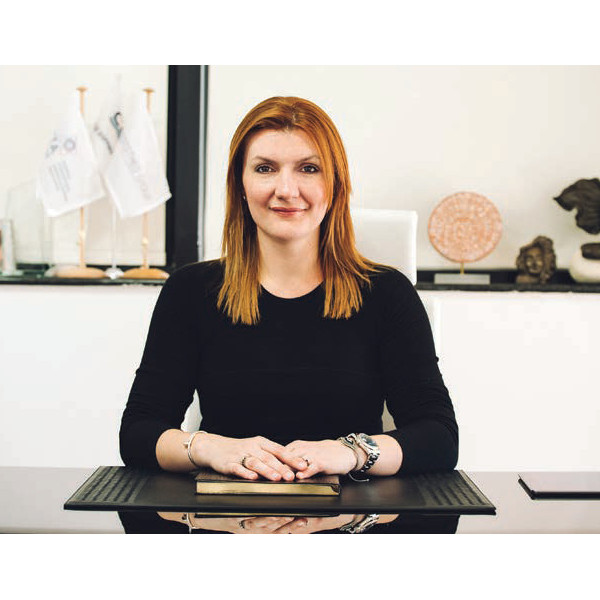 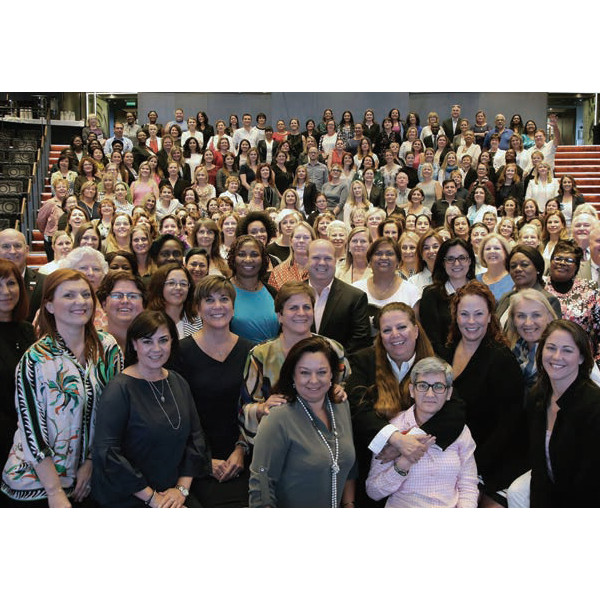 A gathering of the Women’s International Shipping and Trading Association (WISTA).