It was perhaps only a matter of time before an international cruise operator partnered with the World Wildlife Fund for Nature (WWF). As the industry looks to promote a greener reputation, what organisation is better equipped to offer guidance than one of the world’s largest environmental NGOs?

According to Rob Zeigler, who heads RCL’s corporate social responsibility programme, ocean conservation had been on the Miami-based operator’s radar for some time, so the partnership made “immediate sense”.

“We started talking to our crewmembers, employees and guests, asking them where our charitable focus should be as a company,” he explains, “and with remarkable unanimity, we were told that we should focus our efforts on the ocean environment.

“We began searching among NGOs to find an organisation that would be a good partner for us. By a lot of measures, that turned out to be WWF.”

The hallmark of a successful corporate-NGO partnership, says Zeigler, is “allowing the NGO into the tent”. WWF has been allowed unfettered access to RCL in order to provide appropriate advice.

"Sustainable sourcing is one of those incremental things that can add up and ultimately save a couple of percent per life source."

Some may question whether RCL needs such counsel, given the positive findings in its latest sustainability report. In the decade since it launched its Save the Waves programme – focused on emissions, waste reduction and sustainable onshore excursions – its greenhouse gas emissions have dropped by nearly 25%. While the original target, set in 2005, had been a 33% reduction, it’s an impressive feat all the same. RCL credits some of its success to an advanced emissions purification system, which removes 98% of sulphur dioxide emissions.

The operator has reported similar success in meeting its waste-to-landfill goal, with 17 ships achieving 100% repurposed waste. The same goes for recycling: in 2015, nearly 32 million pounds of waste were recycled – the equivalent of 10,000 cars.

The plan for the WWF partnership is to build on this progress. In return for a $5-million philanthropic contribution to its ocean conservation work, the NGO has helped RCL develop a set of 2020 sustainability goals.

“The first goal was actually setting these goals,” says Zeigler. “That’s what the first year has really been about.”

“It’s important to remember that sustainability is an industry in itself,” explains Jeff Malcolm, WWF’s director of private-sector engagement, who is directly involved in the partnership. “Whether it’s sustainable tourism or sourcing of seafood, it’s about keeping an eye on the long term. It’s about creating those internal conversations – managing and training teams. We’re not just talking about short-term goals.”

As is commonly the case in the cruise sector, reducing carbon emissions is at the top of RCL’s 2020 goals. It has set a target of reducing the greenhouse gas intensity of its operations by 35% from the 2005 baseline. The group also hopes to reduce its waste-to-landfill levels by 85% from its 2007 baseline.

Sustainable seafood procurement is another major plank of the five-year initiative. RCL aims to responsibly source 90% of its global wild-caught seafood by volume from Marine Stewardship Council certified fisheries. It’s a commitment that is already going to plan, claims Zeigler.

“So far, so good,” he reports. “Our chefs, and food and beverage people were enthusiastic about this idea from the start, and have been some of our strongest advocates in helping the company move in this direction.”

Over the past year, WWF has also helped RCL conduct an analysis of other key food commodity categories – such as meat, dairy, oils, vegetables and fresh fruit – in order to prioritise commodities with the highest environmental impact. Findings from the research are set to be translated into strategies to improve sustainable sourcing practices by 2020.

By Zeigler’s admission, commodity procurement – whether it’s seafood or sugar – has not always been at the forefront of the cruise operator’s environmental agenda. It is an initiative formed of “quieter steps”, but important ones, all the same.

“While progress is sometimes the result of one or two great big steps, it can also be the product of many hundreds of small steps,” he says. “Sustainable sourcing is one of those incremental things that can add up and ultimately save a couple of percent per life source. That adds up to a lot of savings.”

Today’s environmental obligations also extend beyond the vessel. As an endorser of the Global Sustainable Tourism Council’s (GSTC’s) standards for sustainable tourism, in 2016, RCL began educating its staff and tour operators on the GSTC standard.

By the end of this year, RCL aims to include educational information in requests for proposal invitations regarding the group’s commitment to the standard. The ultimate objective, for the end of 2020, is to be able to offer guests 1,000 GSTC-certified tours.

Linked to this is destination stewardship, with RCL having pledged to support up to three WWF ocean tourism and coastal conservation projects a year. By the end of 2017, RCL hopes to have its private destinations GSTC certified and applicable to the GSTC standard.

“We’re talking about not only on board the ship, but off it, too,” says Malcolm.

Central to all this for Zeigler is the wont of passengers. According to a recent survey taken among guests, 65% listed ocean conservation as a priority. This, he says, is a clear indication of growing green sentiment among cruisers.

“We are seeing an environmentally conscious generation coming up, and I think they are influencing other generations,” he says. “One of the things that appeals to us and the WWF is that our ships have tremendous potential to become storytelling machines about the environment.”

“RCL has over 5.5 million cruisers each year, so we see that as a great opportunity to share environmental education with them,” adds Malcolm. “That can constitute leaving reading materials in the cabins or having the MSC logo on show in restaurants. WWF can help open greater conversation with those guests and activate their own passion for the environment. We can do some good here.”

"Our ships have tremendous potential to become storytelling machines about the environment."

According to Malcolm, WWF and RCL weren’t completely unknown to one another before the partnership was inked. The two groups, he says, have “shared a philanthropic type of relationship for three or four years”, although he doesn’t divulge what this entailed. But their official union, as of January 2016, is certainly indicative of an industry looking to become more environmentally progressive. Rather  than attempting to steal a march on its competitors, Zeigler stresses, RCL and WWF have the opportunity to influence a broader mindset – for the greater good of the sector.

“I’d say that we at RCL put a lot of pressure on ourselves to be environmentally responsible and creative, but other operators feel the same way, too,” he says. “We see that as a healthy race. So, we don’t think in terms of competing with the rest of the industry. If all of us are committed to getting better at environmental practices, we are all going to make progress. That’s a win-win.”

From the environmentalist’s vantage point, Malcolm agrees and urges other operators to follow RCL’s lead:

“Whether it’s climate change or wildlife trafficking, the cruise industry is at a point of understanding these things much better than it has in the past. But it’s not there just yet, and RCL and WWF can’t do it alone. We want other operators to join us on this.”

The test of time

The leaders are each complimentary of the other’s organisation: while Malcolm is effusive over RCL’s efforts to create a greener ethos across its entire workforce, Zeigler lauds the NGO’s commitment to science and overall “positive influence”.

Mutual praise aside, an upcoming joint report – to be released in the coming months – on last year’s sustainability goals will bear witness to the partnership’s success so far. The review will surely make for interesting reading – not just for RCL and WWF, but for the wider industry, too. 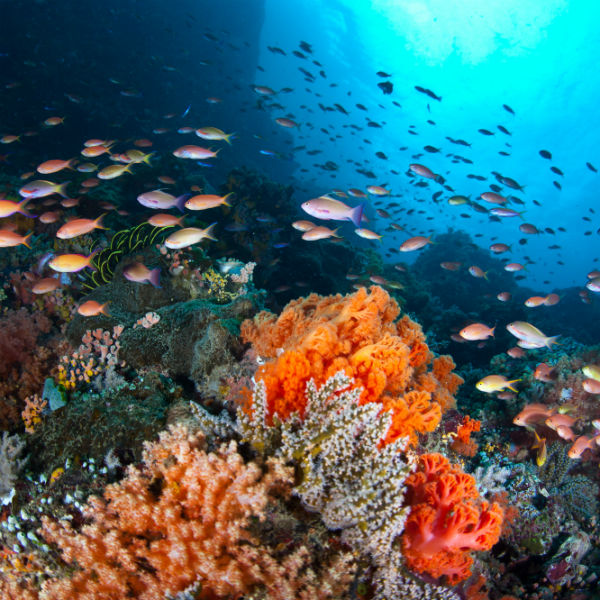 RCL’s partnership with WWF brings a closer focus on marine issues, and the cruise industry’s impact on wildlife, emissions and education. 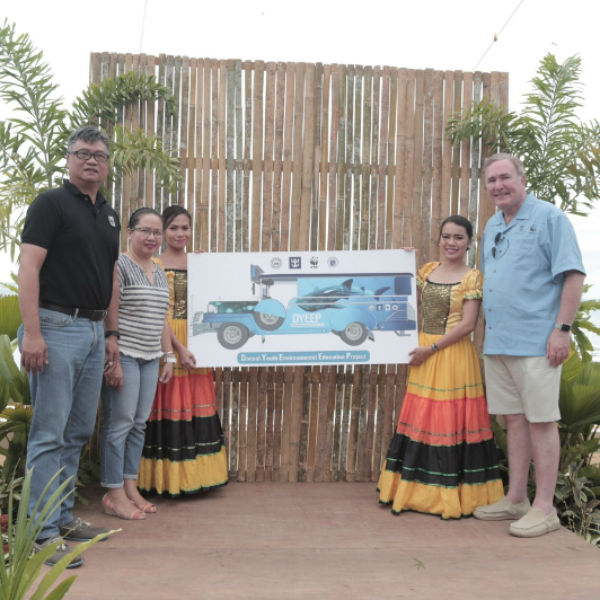