Pierre-Marie Leprince is one of the most distinguished chefs working in the cruise industry. After cutting his teeth at Maxim’s, in Paris, he went on to transform the kitchens at Princess Cruises, with his ‘designed for fresh’ scheme winning plaudits from London to Los Angeles. Andrea Valentino talks to Leprince about his typically French upbringing and how mixing the classics with more daring flavours can yield mouth-watering results.

At first glance, Pierre-Marie Leprince has never left France. Yes, he spent years in China, cooking for rich clients in Beijing. Okay, he has his home in Southern California, all big cars and cypress trees. And sure, he now works at sea, dashing from Southampton to Singapore and everywhere in-between with Princess Cruises. But you get the sense that in his way of thinking – his way of cooking – Leprince has not abandoned the soil he played in as a boy.

“I feel it has really instructed how I cook,” he says of his youth. “My training and early culinary experiences are rooted in French culinary tradition. I always seek to infuse a little French flavour in my recipes.” His countrymen agree. In March, Leprince was appointed a Master Chef of France, an honour reserved for only the most exacting of French cooks. The man himself looks the part, a generous chin pouring over the top of his chef whites like a pint of cream.

Yet if Leprince and his gastronomic upbringing are pure Gallic, living abroad has not gone to waste. Mixing French classics with insights from his travels, he has developed a thoughtful, thrilling way of cooking. And as director of guest culinary experiences at Princess for the past two years, Leprince now has the chance to show off his talents all over the world. Along the way, he has turned his employer into one of the best food and drink purveyors in the cruise industry. These successes speak to the importance of teamwork on the open seas – and how mixing different cuisines can create some mouth-watering dishes.

It has been a long journey. Leprince was born in Brittany before starting his career in the deep marrow of central France, a place tourists rarely visit but one rich with culinary heritage. His first apprenticeship was in the town of Les Eyzies-de-Tayac-Sireuil, in Périgord, a region known for black truffles, porcini mushrooms and foie gras.

On a cruise ship, you are restricted to the items you have on board. We do restock during cruises, but you cannot run out of milk or butter halfway into a journey and quickly replenish your kitchens.

Decades before receiving his Master Chef badge, Leprince was already proving how delicious these ingredients could be in the right hands. His training bagged him several awards, notably the Tourism Trophy of Aquitaine at the 1986 National Food Show.

Like most ambitious French chefs, Leprince soon found himself in Paris. He got a job at Maxim’s – once the most elegant restaurant on earth, but by the 1980s a threadbare shadow of its belle époque forebear. Still, Leprince was intensely aware of the history in the kitchen and art nouveau dining room. “Maxim’s is such an iconic and beloved restaurant,” he says. “It was important for me to keep true to the dishes that guests travelled from all over the world to experience, as well as continue the excellent level of service.”

Not that Leprince was unwilling to modernise, especially after his achievements in Paris meant he was tasked with opening a Maxim’s in Beijing. Working with Chinese chefs, he mixed Asian spices with the traditional sauces of his homeland. The Frenchman also encouraged his team to experiment with informal ways of preparing food, with barbecue proving a particularly successful means of fusing different styles. “It is the most refined form of cooking and has produced incredible dishes,” he says.

Flexibility would serve the chef well over the coming years. In 2010, he joined Princess Cruises as a culinary manager, before taking on his current role in 2016. From the off, Leprince was forced to abandon the culinary expectations he had lived with for decades. “When you are working in a land-based kitchen, you can easily get the ingredients you need when you need them,” he explains. “On a cruise ship, you are restricted to the items you have on board. We do restock during cruises, but you cannot run out of milk or butter halfway into a journey and quickly replenish your kitchens.”

As Leprince makes clear, overcoming these problems requires robust planning and good communication. Before a ship sets off from port, he works to “identify what would best fit each moment that our guests are enjoying on board”. In practice, this means choosing ingredients that can be picked up en route. In Alaska, for example, passengers might be treated to fresh salmon. Further south, in Hawaii or the Caribbean, they can expect recently picked fruit and vegetables.

The tactic is part of a broader strategy known as ‘designed for fresh’. It aims to recreate the sophistication of land-based restaurants on board ships, from the galley to the dining room. Even in a world where cruise operators battle to offer extravagant food and drink options, it is hard not to be impressed with what Leprince has achieved. Bread across all Princess ships is baked fresh every day, while meats are aged and hand-cut by trained butchers. An epicurean outlook even extends to the ice cream: a team of on-board chefs churn silky mountains of the stuff each morning.

These flourishes have not gone unnoticed. ‘Designed for fresh’ regularly gets rave reviews, with the Sunday Express describing it as “excellent” in a write-up in May. The Los Angeles Times agrees, saying, “You can see the blossoming of cruise-ship cuisine in the development of innovative menus and the building of unique dining rooms.”

Leprince is reluctant to take credit for these successes. Instead, he stresses a company-wide effort that emphasises teamwork and shared enthusiasm. “Every person involved in dining on board our ships focuses on delivering great food. It helps us keep our quality consistently high. It is the heart and soul of our cuisine, and guests taste it in every bite.”

In one sense, this collaborative approach is purely pragmatic. Working across 17 ships from his office in California, Leprince not only oversees hundreds of staff and thousands of passengers, but is also expected to shape new menus and test dishes. Add to these vast responsibilities the enormous scale of modern cruise gastronomy – the Royal Princess alone has over 20 dining rooms and restaurants – and it is reasonable to expect some help. “It’s a team effort,” he summarises.

I am excited about using French techniques and bringing new flavours on board, while at the same time showcasing the cuisine of the places our ships visit.

But like other operators, Princess takes food and beverage collaboration a step further, working with celebrity chefs to drag cruise cooking away from clichés of greasy buffets and tummy bugs.

Curtis Stone, a popular Australian chef and television personality, has been teaching Princess about the simple delights of seasonal menus, for example. Ernesto Uchimura plays a similar role. Winner of several prizes for his clever take on US comfort food, the Buenos Aires native has developed a line of gourmet burgers and sandwiches for Princess ships.

For his part, Leprince highlights his partnership with Emmanuel Renaut, another Frenchman who put his name to La Mer, a new bistro on Princess Majestic. “Having the fantastic opportunity to work with Emmanuel, and to discover his cuisine and philosophy, has been an incredible experience,” he says. It helps that the men share a high perch in the tree of French cooking – like Leprince, Renaut became a Master Chef earlier this year. It is an achievement Leprince obviously cherishes. “I believe that my breadth of experience and dedication to French culinary traditions were the reasons I received this honour,” he adds.

But cookery is a lifelong journey, and Leprince is happy to reinvigorate his art with Renaut, owner of a three-Michelin-star restaurant in the French Alps. With the help of his compatriot, for example, he is busy refreshing Princess’s menus. “I am excited about using French techniques and bringing new flavours on board, while at the same time showcasing the cuisine of the places our ships visit,” he explains. “This is following the inspiration I received from Emmanuel Renaut. It is always exciting to offer something new.”

Blending foreign and familiar styles, an obsession since his time in Paris, preoccupies Leprince even when he leaves the office. A keen food historian, he is “fascinated” by the development of dishes through time, especially ones that cross cultural boundaries. The chef cites the hundreds of loaves baked each day in Princess galleys as an example. “There are theories out there that say bread was invented by mistake, after someone experimented with fermentation to make alcohol. Is it true? There are reasons to think so,” he muses. After all, Leprince points out, flat dough cooked on a stone has become a nutritious staple from Mexico to the Middle East. “I love to see the patterns of food that has moved around the world throughout the ages,” he adds. “What about the pastas that exist from China to Italy? This is the best-known example, but there are so many more.”

The chef is obviously passionate enough about his research to continue even if no one were watching. As it is, Leprince always has an audience: his Princess passengers. He calls them the “heart” of his work, and says that one of the joys of working at sea is the chance to “see them enjoy their meals night after night”. As well he might. Dedication to his craft has turned Leprince into one of the most respected cruise chefs in the world. He may still have a French chin, but his food is universal. 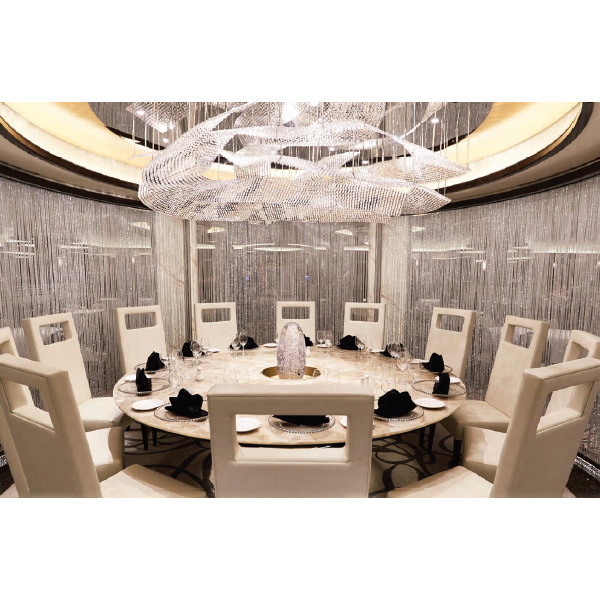 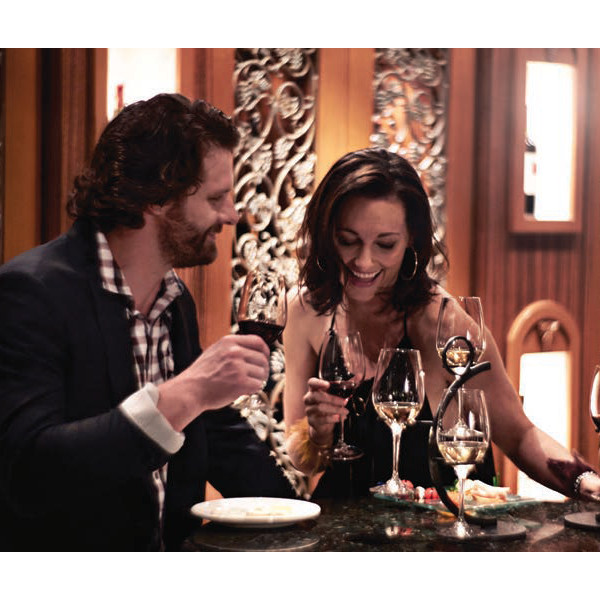 By working with high-profile and celebrity chefs, cruise companies are seeking to change peoples perceptions of on-board dining – away from the banal stereotypes of buffets and tummy bugs. 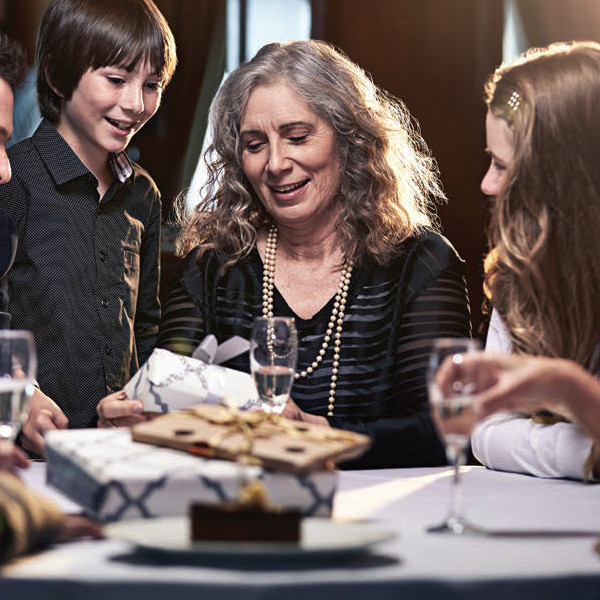 Despite the challenges, cruise brands like Princess are looking to refine their on-board restaurants to the level of land-based fine dining.
Post to: