With a long, unspoilt coastline, a population numbering over a billion and a rapidly growing economy, India could be a vital market and destination for cruise operators. However, for decades the country has remained largely absent from cruise itineraries, with operators preferring to sail on to Singapore and China. But all this seems about to change. Greg Noone talks to industry insiders about why India’s cruising moment may be just around the corner.

Life aboard the SS Rajputana wasn’t so bad for Mohandas K Gandhi. Having boarded the P&O passenger liner in August 1931, the mahatma largely confined himself to his third-class cabin, where he would pray, read or spin cotton on his customised charkha. Occasionally, he would venture outside, where he would stand by the guardrail to gaze over the waves towards the horizon, or relax on one of the many deck loungers. The Rajputana was a place where Gandhi bade his time languorously, as the ship puttered its smoky way to London, where – as many thought – the future of Indian independence would be decided.

No physical remnant of the voyage remains. Within eight years, the Rajputana had been taken into military service, to serve as an armed merchant vessel; within ten, she was at the bottom of the Atlantic, sunk by a German U-boat. P&O would remain in India, but as it moved away from its roots as a mail service to a fully fledged cruise operator, few other lines deigned to join its ships plying the waters off Mumbai and Kolkata.

“India is so strategically placed as a country that we could have been one of the major hubs,” says Ratna Chadha, the chief executive of Tirun, a travel marketing company and the exclusive representative of Royal Caribbean in the country. As the CEO of one of India’s major cruise travel agents, Chadha is liaising extensively with the central government to expand the country’s domestic and international cruise network. Thanks to a decades-long legacy of regulatory balkanisation, however, she’s working from a small base.

She says that India “didn’t allow for any international company to come here and operate. Our tariffs were high… the laws were archaic”.

The tax regime was not only regressive but also multilateral, with individual states setting their own levies on international companies in addition to the central government. “These taxes were all skewed towards each state’s benefit,” says Chadha, which created a hostile environment for international cruise operators looking to break into the Indian market. “We’ve missed the boat, so to speak.”

Operators are, however, slowly beginning to recognise the Indian market for what it is: an enormous opportunity for expansion. According to CLIA’s latest report on Asian cruise trends, port calls increased by 45.5% between 2013–17, and the government aims to boost passenger numbers from under 200,000 at present to over five million by 2040. “Although we are a seasonal destination, because of the monsoons and such, the opportunity is there for major parts of the year,” says Chadha. “India is a golden goose.”

Several facts point to India having huge potential for international cruise operators. One is the innate appeal of Indian culture and heritage, embodied in its diverse cuisine, architecture and historical sites. Another is location, the Asian subcontinent jutting out into the preferred shipping route between Europe, Africa and South East Asia like some vast crocodile tooth. Equally enticing is the growing demand for cruise holidays among India’s vast population. Despite the lack of facilities for international cruise operators in the country, consumers go out of their way to embark on such trips.

“Cruise tourism in India is largely dependent on the ‘fly-to-cruise’ concept,” explains Kishan Biyani, managing director of Ark Travels, a leading travel agency for cruises in India. “The segment is growing at an exponential rate. For instance, last year, 127,000 cruise passengers from India sailed out of Singapore’s shores, showing a year-on-year increase of 25% from 2016.”

Most of the customers handled by Ark Travels fit the typical cruise passenger demographic. “Almost 80% of our customers are in the age group of 25–50 years old,” explains Biyani. Almost a third have already been on a cruise, and most are keen to head to ports of call in eastern Asia.

“Singapore, Thailand, Indonesia, Malaysia and Hong Kong top the chart among Indians,” says Biyani. “Given the short proximity, direct connectivity from major Indian hubs and short itineraries of two to three nights helps us to draw in the crowds.”

As of late, however, Biyani has noticed a westward shift in bookings. “Our clientele are increasingly opting for itineraries to Europe and the Mediterranean region, the Bahamas and Alaska,” he says. These choices, however, are often made by experienced cruisers who, having visited the likes of Singapore and Dubai, are seeking somewhere new to visit. Many new customers are still looking for “weekend cruise options from short-haul destinations”.

That all this pent-up demand for cruise holidays is being directed abroad, however, is something that Chadha finds irksome. “If we are providing revenue and passengers to another country, why can’t we do it on our own for our own people,” she says. “Ordinary Indians are looking for avenues to spend their money, because the economy is growing, the share market is growing and inflation is down. Why should a passenger fly all the way to Singapore or Dubai to experience something that should naturally come to them?”

Although we are a seasonal destination, because of the monsoons and such, the opportunity is there for major parts of the year. India is a golden goose.
– Ratna Chadha, Tirun

The answer lies in India’s lack of cruise infrastructure, according to Biyani. “Given the vast coastline of 7,517km that India is blessed with, domestic cruise tourism is at a nascent stage, with few ocean cruise options for travellers,” he explains, citing the $3.6 billion in annual revenue expected to be generated by the global cruise industry with the addition of 15 new passenger ships next year. “To achieve even 1% of that revenue… India needs more dedicated steps, and the right atmosphere, to cater to small and larger cruises.”

Change in this area is coming, according to the government’s transportation ministry. “With India having the potential to cater to 700 cruise ships per year against 158 handled this year, the cruise industry can generate more than 2.5 lakh [250,000] jobs for ten lakh [one million] cruise passengers, giving a big boost to the country’s economy,” said a ministry press release last year. Accordingly, several initiatives are already under way to grease the industry’s wheels, including a promise to pay the Shipping Corporation of India Rs5 billion ($72 million), to lease out vessels to promote the domestic cruise sector.

The government’s sustained investment in the port of Mumbai is also steadily opening the city to new operators. Plans have been announced to further develop port facilities in Chennai, Goa, Mangalore and Kochi, transforming India into something altogether rare in the cruise industry: a single, multidestination market.

“Visiting different ports in the same country allows international passengers on the one visa to do whatever there is, all the places of interest – whether it’s by the ocean or whether it’s landlocked,” adds Chadha. It’s better, she says, than spending a single night in Mumbai before moving swiftly on to Singapore. “That’s not going to allow them to do anything. We need people to spend more time here in our country to be able to see our rich culture and heritage, which is why they are here.”

According to Chadha, who sits on a cruise industry advisory panel for the government, New Delhi is fully committed to building a domestic and international market in India. “The government is more confident in putting themselves out there,” says Chadha, empowering port authorities in Mumbai to solve problems encountered by cruise operators simply and quickly. Electronic landing cards and visas are also being rolled out at five major ports; all the more impressive, Chadha points out, given the significant concerns in the country about terrorist infiltration. Grim memories of the 2008 Mumbai attacks spring to mind, when ten members of Islamist terror group Lashkar-e-Taiba infiltrated the city using speedboats. “The fact is that we’ve been harassed,” says Chadha. “That’s why, probably, the government was slow in opening up our assets.”

What India is waiting for, she explains, is engagement from the main cruise operators. “It’s the government’s investment so far,” says Chadha. The next step must be taken by cruise lines, something that Tirun’s chief executive is confident will happen as other markets become saturated. “How many ships are they going to ply in the Caribbean? How many ships will go to China? How much can Singapore handle?”

Ultimately, India should be as powerful and as large a cruise market as China could be.
– David Dingle, Carnival UK

One of its main cheerleaders in the cruise market has been David Dingle, chairman of Carnival UK. “Our P&O brand has a history in India of around 150 years, so India is well known to us in that respect,” he says, citing Costa’s basing of one of its liners in Mumbai last year. “What I’ve been doing in the past few years is working with the Indian Government, and particularly the port authority of Mumbai, to create the right conditions for cruise businesses in India.”

Although Dingle has been outspoken in the past about the impact India’s goods and services tax has had on its attractiveness as a destination, he is nevertheless hopeful that the government will align the country’s laws with cruise industry standards. “These are the first phases of creating an Indian cruise economy which… in years to come, should be of great value,” says Dingle. “Ultimately, India should be as powerful and as large a cruise market as China could be.”

Despite its population size, India is still a long way behind Europe and North America when it comes to passengers visiting and departing the country for cruise holidays. Even so, Chadha believes that its development into a mature cruise market is just over the horizon.

“We have a growing economy,” she says. India may not have the infrastructure yet, but it has plenty to offer to those inside and outside the country who want to experience the best a cruise holiday can offer. “We have the ability to allow them to experience the world differently.” All it takes is will. 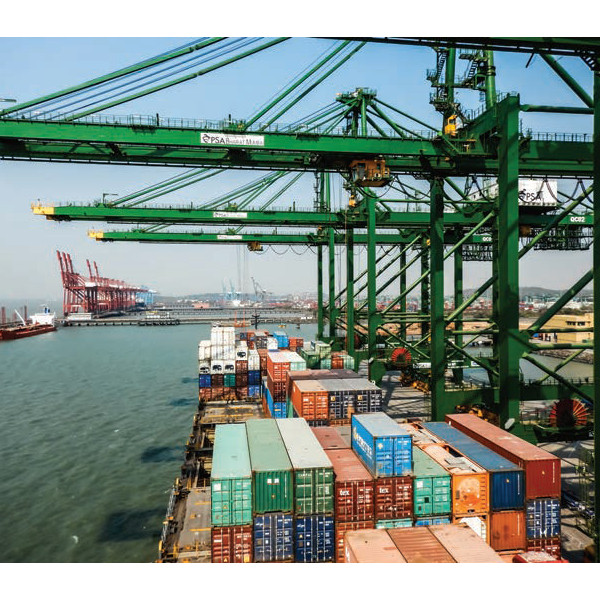 The Mbharat Mumbai Port – great efforts are being made to attract more cruise business to the city. 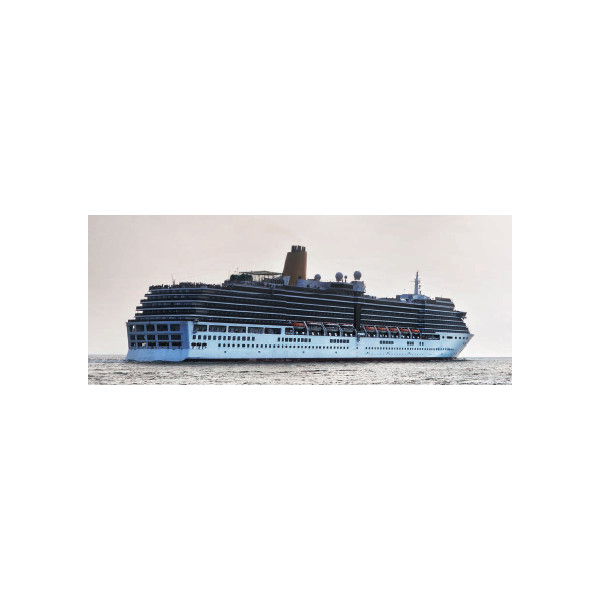 India is looking to expand its cruise prospects. 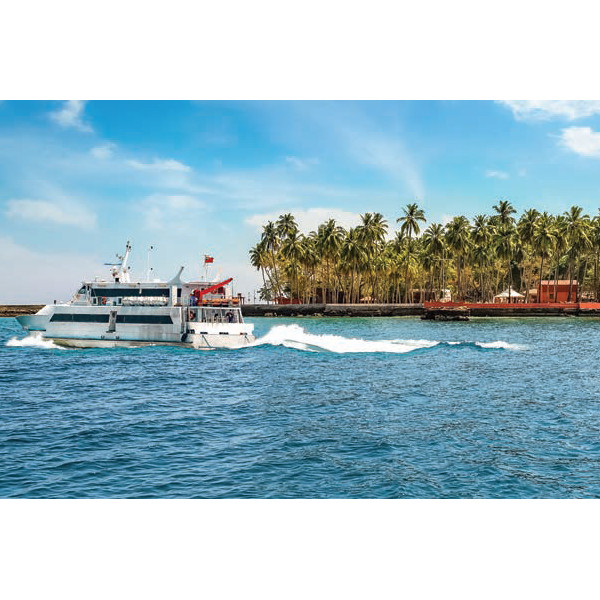