It’s such a perfect day

Nearly three decades after it first opened, Royal Caribbean’s CocoCay is getting a makeover. Nestled off the coast of the Bahamas, the private resort promises passengers a wealth of new activities and ways to relax. But the project is not without controversy. Andrea Valentino talks to Royal Caribbean for the lowdown on the new CocoCay and to a pair of environmentalists who happen to be less than keen about the renovation.

Let’s play a game of word association. I’ll say something and you scribble down the first thing that comes into your head. Got it? Good. Let’s start with sun. What about beach? How about sand? Okay, now let’s compare notes. If you got, in order, bathe, resort and castle, then congratulations, you can happily enjoy a holiday at one of thousands of spots – from Malaga to Mozambique.

Tan, ball and surf are fine, too.

But what if you got completely different answers? What if, say, the first thing that rushed into your brain when I said sun was tallest waterslide in North America? What if beach elicited artificial geyser? And what if sand made your synapses zap to the frantic patter of huge zip lines and interactive galleons? Until recently, I would have poured you a scotch, handed you a pillow and told you to lie down.

But not anymore. From autumn next year, you will be able to enjoy all this in desperate, pink-cocktail-tinged reality – at CocoCay. Royal Caribbean is putting $200 million into renovating the island, a 125-acre speck off the coast of the Bahamas. Nonetheless, the operator has managed to cram an astounding amount into its tiny suitcase of an island. Along with the geysers and galleons, guests will be able to enjoy poolside cabanas, balloon rides and in-water loungers. Royal Caribbean executives are so confident of success they even plan to rechristen the island to Perfect Day at CocoCay.

Beyond the new name, Perfect Day is recognisably building on what came before. First developed nearly 30 years ago, CocoCay was one of the first in a spate of resorts exclusively reserved for cruise ship passengers. “From the beginning, we wanted to invest in creating unique and innovative experiences for our guests,” says a Royal Caribbean spokesperson. “Having a private destination in the Bahamas and Haiti has allowed us to give our guests these opportunities while they travel in the Caribbean.”

What has changed is the type of tourist Royal Caribbean hopes to lure to its island idyll. If the old CocoCay mainly attracted families and comfortable retirees, Perfect Day is aimed squarely at younger visitors. “As a brand, we have been making great strides in attracting millennial guests,” Royal Caribbean says. “It is critical to make sure we are providing the types of experiences the demographic is seeking.” The operator is clearly taking these commitments seriously: Mariner of the Seas and Navigator of the Seas are a pair of Royal Caribbean ships built specifically with millennials in mind.

Even with momentum on its side, remodelling an entire island is not easy, especially given the howling gaps between what different guests expect. If older passengers were happy to wallow for weeks at a time aboard a well-appointed cruise ship, or snooze by the beach, young people are apparently too fickle for all that. Instead, they want ‘bragging rights’ that can be collected and studied, ordered and treasured. Millennials, Royal Caribbean seems to be saying, are maths teachers in swimwear.

How is the operator helping its younger clientele live these dreams? In a word: excessively. Perfect Day will host a bewildering array of new activities, and the tallest waterslide in North America is just the start. As they disembark, passengers will be serenaded by live welcome music. From there, they can face a broadside of water from the cannons of a shipwrecked galleon or get drenched by the intermittent gush of an artificial hot spring. Royal Caribbean calls it the Sprayaway Geyser.

Being soaked seems to be a prerequisite across much of Perfect Day. The Thrill Waterpark is a case in point. The complex includes a 14,746ft² wave pool, the biggest in the Caribbean. Ever vigilant of what the people want, Royal Caribbean is also fitting the park with a pair of ‘brag-worthy’ water towers. Their 13 tubes mean that CocoCay will house more slides than any other park in the region. Then there’s Daredevil’s Peak, a continent-beating megalith. At 135ft, it is a full 37ft higher than the statue of Christ the Redeemer, in Rio de Janeiro, which is presumably the kind of extravagance Royal Caribbean has in mind when it guarantees visitors ‘full-on H2-Whoa’.

Other parts of the new CocoCay are similarly baroque. For example, a scheme called ‘Up, Up and Away’ allows tourists to take helium balloon rides 450ft above the resort. Zorbing and trips in glassbottomed boats are also available. More adventurous souls will have the chance to dash for 1,600ft across the island by zipline, before crashing into the Caribbean Sea. For perspective, 1,600ft is just over 17 Christ the Redeemers.

As a brand, we have been making great strides in attracting millennial guests. It is critical to make sure we are providing the types of experiences the demographic is seeking.
– Royal Caribbean spokesperson

Not that your Perfect Day at CocoCay needs to be so hectic. Five restaurants give visitors space to unwind, while a large freshwater pool features a swim-up bar. “The island offers a wide range of activities and amenities for our guests, and early on, we hit on the notion of blending thrill and chill,” the operator says. “I think the ability to have thrill and chill, and the opportunity to choose your own perfect day is what will make this island really special.”

Coming down to earth

Next year, when tourists clamber into their Perfect Day helium balloons, they will be able to see the Bahamas crinkled out before them, scattered like loose change around the resort. Apart from being eminently Instagrammable (another Royal Caribbean favourite), the view is probably useful for reminding guests of the neighbours. Perfect Day is a theme park, a daydream, but the scheme could have major consequences for real people living nearby.

The biggest worries are environmental. With plans to extend the dock at CocoCay, even lumbering Oasis-class cruise ships will soon be able to stop there, disgorging 6,000 passengers onto the island every day. For Lea D’Auriol, the influx spells trouble. “One of the biggest challenges is making people understand the correct kind of behaviour when they go snorkelling or diving,” says D’Auriol, founder of Oceanic Global, a nonprofit dedicated to protecting our oceans. In particular, she frets about the erosion of nearby coral reefs and pollutants. “The problem is a lack of education,” she warns.

Other observers are afraid about the strain on CocoCay itself. All that ‘H2-Whoa’ needs to be powered somehow – not an easy task on a speck of sand miles from anywhere.

“The cruise industry takes advantage of these private islands,” says Marcie Keever, director of the ocean and vessels programme at Friends of the Earth. “Royal Caribbean is building the tallest slide in North America, and it takes a lot of energy to pump water that high. They are definitely increasing the amount of energy that is generated and the amount of water pollution.” After all, a single waterslide can consume $6,000 worth of energy every eight days, and Thrill Waterpark boasts over a dozen.

When these concerns were put to Royal Caribbean, it acknowledged that “pristine beaches are a key reason our ships visit the Bahamas”. For its part, the operator cites a “beach revitalisation” project on CocoCay, as well as plans to “replant native vegetation”. Attempts to protect the local flora and fauna are ongoing, too. And in 2016, the company put $100,000 towards completing an educational handbook on local shark and stingray species, and has committed to supporting the World Wildlife Fund’s ocean tourism scheme. But Keever remains unmoved, particularly given how much space all the rides and restaurants will take up already. D’Auriol agrees. “There is a huge amount of opportunity for improvement,” she says. “I don’t think that the cruise companies are taking these ecosystems seriously enough.”

The economic and cultural impact of Perfect Day is also controversial. Isolated from the rest of the Bahamas and only open to Royal Caribbean customers, the project risks excluding local people from the profits of its $200-million facelift. Nor is the company doing much to engender a sense of place. Only 160 Bahamian workers will staff the resort, while food options include such Caribbean classics as hot dogs and ‘crispy steak fries’. Even the luxury cabanas on the island promise ‘a taste of Bora Bora’ – referencing a Polynesian island 9,257km away. For perspective, 9,257km is about the length of 308,000 Christ the Redeemers.

There is a huge amount of opportunity for improvement. I don’t think that the cruise companies are taking these ecosystems seriously enough.
– Lea D’Auriol, Oceanic Global

Royal Caribbean counters all this by citing a “multiyear agreement with the island nation of the Bahamas that will help grow tourism”. In practice, the deal involves selling traditional handiwork on CocoCay and training “thousands” of young Bahamians for a career with the operator. Many residents remain sceptical, however. A Facebook post by one local activist went viral after it eviscerated Royal Caribbean for “doing very little to benefit the Bahamas. We cannot give away our beautiful Bahamas to these bottomless pits.”

Keever appreciates these frustrations, but stresses that as a developing nation with few natural resources, the Bahamas relies on tourism to survive. “The region is in many ways beholden to the tourist industry, especially cruising,” she says. Demands for better treatment could backfire, Keever adds, pointing to what happened in the US state of Maine. “Some communities said no, so the cruise ships simply went to the next community up the coast.”

With fresh destinations like Cuba putting pressure on the Bahamas, making a fuss is now even more risky. Indeed, Bahamian officials have been noticeably absent from the debate, with one bluntly warning that activists “need to be cautious” about criticising the project. With 45% of national GDP coming from holidaymakers, this makes sense. Yet without serious political opposition, Royal Caribbean looks ready to open its new paradise over local objections. It might be your idea of a perfect day, but many Bahamians would rather fetch you a drink and send you to bed. 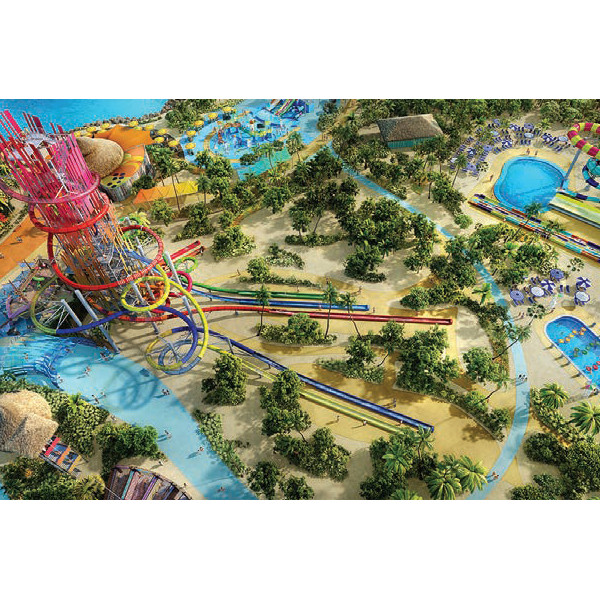 Daredevil’s Peak was built at CocoCay to appeal to a young, thrill-seeking demographic. 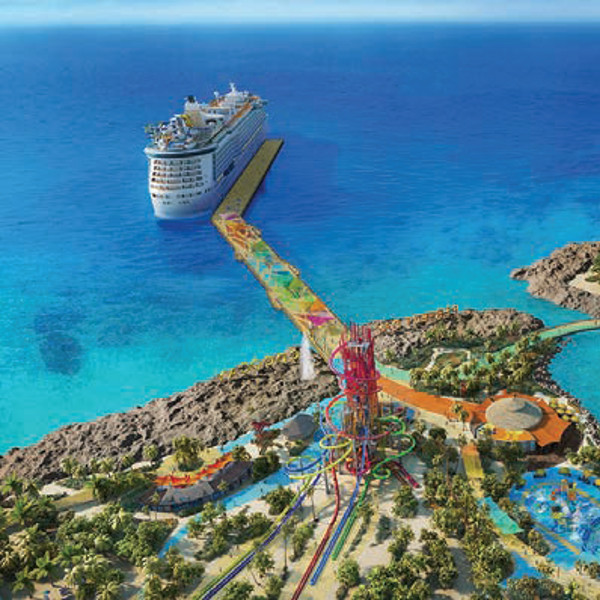 Perfect Day at CocoCay has proved contentious due to its sizeable economic and cultural impact. 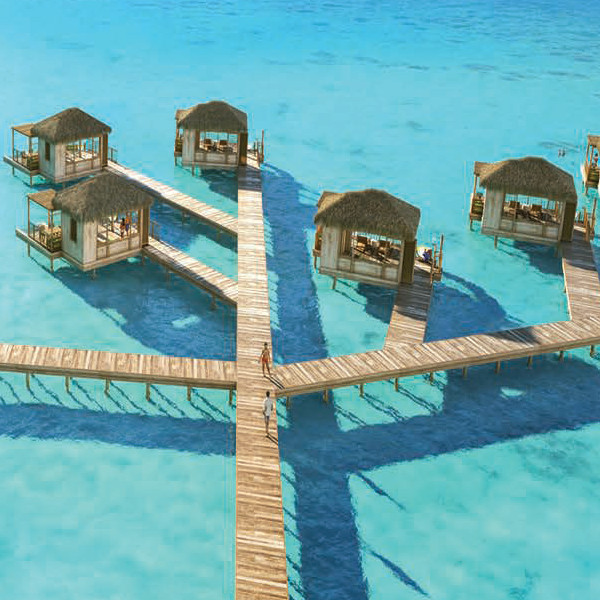 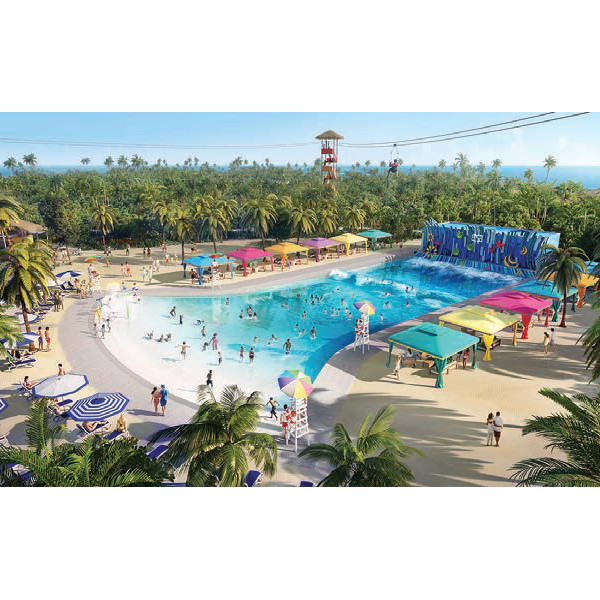