The impression that contracting norovirus is an occupational hazard on cruise holidays continues to persist among prospective passengers. However, new figures from the Centers for Disease Control point to a decline in outbreaks. Greg Noone talks to Donnie Brown, vice-president for maritime policy at CLIA, about how remedial action by operators has stemmed the flow of cases and may yet restore a measure of confidence to passengers and industry observers alike.

The men in blue overalls looked like specks from the news helicopter, as it hovered high above the Star Princess in May 2015. Milling around the exterior decks and cabin balconies with steamers and disinfection equipment, they had been sent by the ship’s operator to conduct a deep clean of the vessel while it was docked in San Francisco, after 135 guests had fallen ill with a mysterious form of gastroenteritis midway through the voyage. Far more passengers, it seems, were afflicted with germophobia, as they contemplated the prospect of their bodies suffering endlessly should the infection take hold. “Everybody was getting out with paper towels to press buttons or to get into escalators,” said one guest, speaking to ABC7 News.

The bug was later identified by the Centers for Disease Control (CDC) as norovirus, a form of gastroenteritis with symptoms that also include stomach pains, nausea and acute limb pain. Responsible for more than 64,000 hospitalisations a year, on average, in the Western world, the virus thrives in closed systems where the large populations share a limited number of toilet and restaurant facilities. Schools, hospitals and care homes regularly fall into this category, with cruise ships playing host to occasional – albeit very public – outbreaks.

When the crew of the Star Princess began to realise that they were confronting their own on-board outbreak, they immediately imposed procedures designed to prevent further infections.

Mindful that norovirus passes easily from person to person, and lingers on door handles and other steel surfaces, contagious passengers were ordered to stay in their quarters. Stool samples were collected for the CDC to analyse at the earliest opportunity. Caution even extended to the dispensing of condiments. “They stopped letting us get our own food in the buffet line,” passenger David Fox told one news outlet. “They served us everything… even the packets of Splenda that you use in your coffee.”

Incidents like these have reinforced an impression among observers of the cruise industry that gastroenteritis is an occupational hazard. However, that perception may be about to change. According to data released by the CDC, only two ships have experienced an outbreak of norovirus this year, compared with 11 last year. This seems to continue a long-term trend, where cases have decreased from 27.2 cases for each 100,000 travel days in 2008 to 22.3 cases by 2014. It’s a development that Donnie Brown, vice-president for maritime policy at CLIA, credits to greater collaboration between the organisation, its member lines and scientists in finding new ways of combating norovirus.

“That’s working on early detection of the illness through screening, and following up by creating a sanitary environment on board cruise ships through regular cleaning practices,” says Brown. “This is really where CLIA can come in, and help individual lines to share information and benefit from collective experience.”

Although ships have played host to a wide variety of agues and ailments since time immemorial, the spread of gastroenteritis on cruise vessels was only officially recognised as a problem in the early 1970s, with the establishment of the Vessel Sanitation Programme. This required captains to send radio reports when passengers went to the ship’s doctor with cases of acute diarrhoea. They also had to report the outbreak of any illness afflicting more than 2% of the ship’s passenger complement. After sanitation inspections – modelled on those conducted by the US FDA – were imposed, gastroenteritis case numbers began to fall by 2001. The following year, however, outbreaks of norovirus began to rise precipitously.

The cruise industry has been battling to suppress outbreaks ever since, and Brown acknowledges the unique burden placed on crews to limit the spread of the virus on cruise ships. However, he also believes that the fact of the vessel’s status as a closed system presents crucial opportunities for crews to master the shipboard environment to prevent further infection. “We’ve got an environment in which we can exercise certain controls over cleaning and sanitising,” he explains.

That begins with encouraging passengers to practice self-care. As the primary vectors of transmission, passengers are encouraged to wash their hands frequently. “Plenty of rest and drinking lots of water are also important in contributing to passenger’s health,” says Brown.

CLIA has also attempted to improve the lines of communication between the organisation and its member lines to share advice on best practice on sanitation during and after a norovirus outbreak. “I think what the industry recognised was that they could be more effective collaborating,” says Brown. It was to that end that the Gastrointestinal Illness Taskforce was created.

They stopped letting us get our own food in the buffet line. They served us everything… even the packets of Splenda that you use in your coffee.

According to Brown, the task force was the spearhead of a wider organisational effort on the part of CLIA and its member lines. They ran a series of joint workshops and events at industry conferences to explore new methods of decontamination aboard cruise vessels.

“We brought in an expert scientific panel, then asked various vendors of cleaning and sanitising products that market to the cruise industry to come in, and tell us about the science and efficacy behind their products,” he explains.

Brown wanted to get granular, asking the manufacturers for detailed breakdowns of lab tests for their cleaning products. “We learned a lot through that process,” he says. “We were able to network with the various vendors that were out there. I think that knowledge level also encouraged additional dialogue between our public health officials on how they can go about establishing good practices, or validating practices that have worked for them over the years.”

All this work ultimately culminated in CLIA’s Sample Outbreak Prevention and Response Plan. The document, produced in close consultation with member lines and relevant scientists, is intended to give operators a set of guidelines that they can fine-tune to the specific constraints imposed by their vessel design and company ethos.

All of CLIA’s members have also adopted the organisation’s General Pre-Boarding Health Screening policy, which begins with a public health questionnaire. “As prospective guests are arriving and getting ready to board the ship, indications of any illness can be disclosed or observed, so that proper treatment and accommodation can be made for the comfort and safety of all guests and crew members,” explains Brown.

CLIA’S vice-president for maritime policy is less positive about the media, which he believes has not only distorted the likelihood of passengers contracting norovirus aboard ship, but also ignored the lengths to which CLIA and its member lines have gone in suppressing further outbreaks.

There are good reasons why this happens: unlike schools or care homes, cruise operators have to report any outbreaks to the CDC, and depictions of virological disaster on pleasure boats makes for more riveting stories than statistics on the decline of cases. As such, Brown believes that a great deal of the media coverage surrounding outbreaks on cruise ships skews towards the irresponsible.

“They need to be upfront and clearly indicate – or not overstate – what the chances are of getting norovirus on a cruise ship,” he says, citing the recent findings by the CDC as a starting point for greater levels of engagement. “Those numbers [in the report] are strong and being able to speak to those…goes a long way in correcting the record.”

Even if current press coverage doesn’t adequately take into account the measures that cruise operators are putting in place, it nevertheless highlights the fact that morovirus will not be banished completely from their vessels any time soon. According to CDC data, outbreaks can take place even on ships with exemplary inspection records. Cruise vessels are inspected twice a year by the VSP and rated for the quality of their sanitation out of 100, with a score of 85 or lower considered by the regulatory body to be unsatisfactory.

In 2016, only one out of the 13 outbreaks occurring on cruise ships took place on a boat with a failing sanitation score. Three took place on the Oceania Riviera, a vessel with an inspection score of 96 that year. World Cruise Industry Review found three similar cases of repeat outbreaks in the CDC data from 2014–17, all taking place on board ships with inspection ratings that never dipped below 91.

As far as CLIA is concerned, norovirus isn’t going to disappear as a problem for its member lines. What they can do, however, is continually work toward keeping outbreaks to an absolute minimum. “As the CDC pieces point out, this [norovirus] is something that’s prevalent throughout the world,” says Brown, who is eager to reiterate that many more cases do in fact occur on land. When it comes down to it, he says, the industry is “dealing with something that’s contagious, that is present in the environment all around us. Cruise ships are no exception to that.”

[The media] need to be upfront and clearly indicate – or not overstate – what the chances are of getting norovirus on a cruise ship.

In all of this, it’s important not to forget the crews on board, always watchful for new signs of infection. “[They] provide comfort to those guests who, because they are experiencing symptoms, may need to be isolated. Nevertheless, they’re still trying to find a way to help those folks enjoy a cruise vacation,” he says. Worthy as these efforts are, one can imagine they would be cold comfort to passengers lying stricken in their cabins, silently counting the minimum number of steps from the bed to the bathroom. 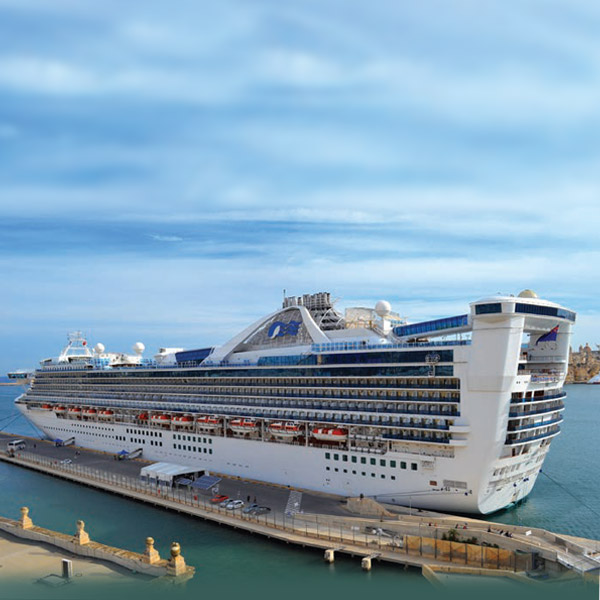 Staff on board the Star Princess worked quickly to try and minimise the spread of norovirus when it broke out on a voyage. 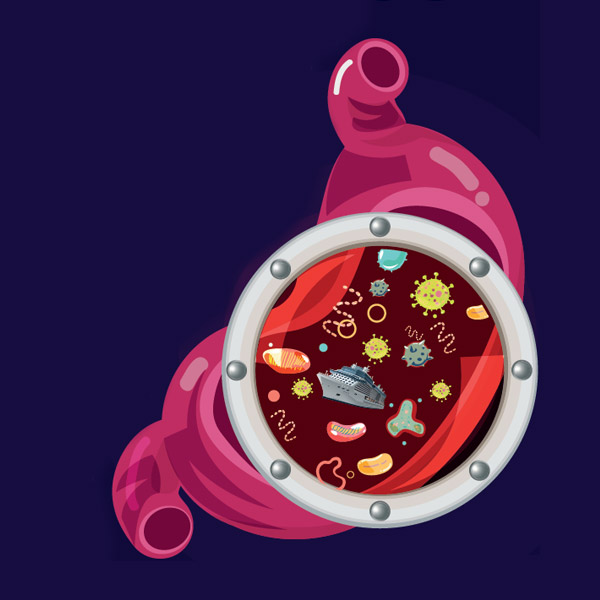 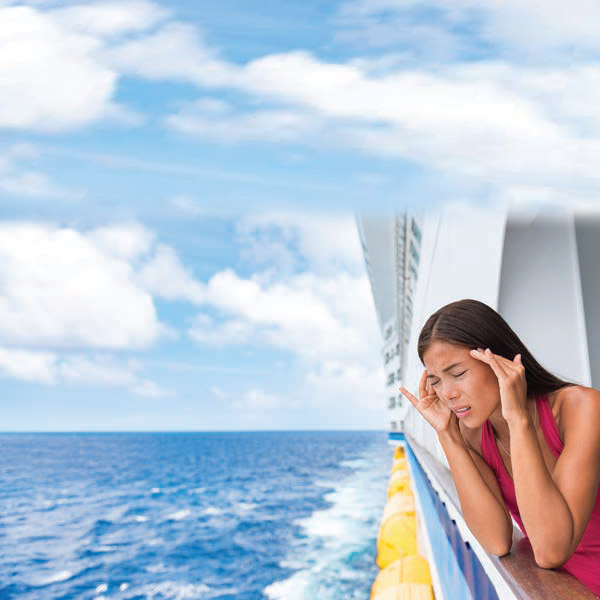 A norovirus outbreak causes suffering for passengers and bad press for operators. 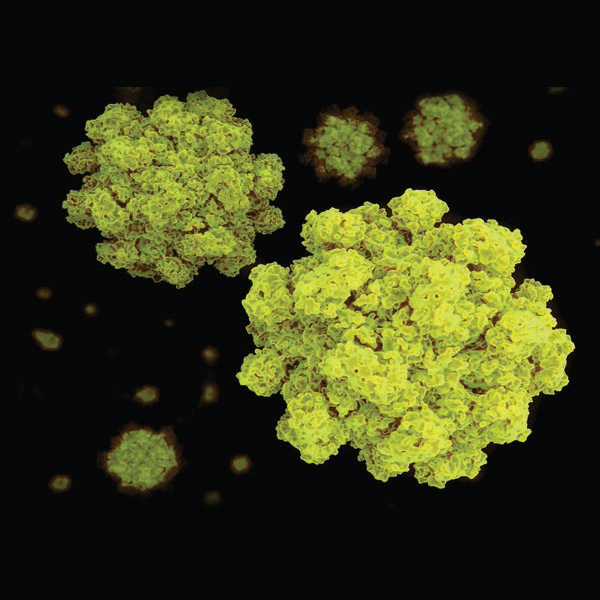 Norovirus is passed easily among victims in a closed system.
Post to: