In Autumn 2017, Bureau Veritas issued a new chapter in its rules providing a framework for electric and hybrid power solutions. Neil Gerrard talks to Andreas Ullrich, global market leader, passenger ships and ferries at Bureau Veritas, and John Carlton, a professor of marine engineering at City, University of London, about the extent to which the new notations are likely to encourage wider uptake of energy storage systems and thereby provide operational and environmental benefits.

I don’t want ships to kill me”, screamed a recent headline in the Guardian, relaying the fears of citizens and environmental campaigners in Marseille that emissions from the cruise ships berthing in the French city’s port were harming their health. Perhaps thanks to their visibility near major centres of population all across the globe, cruise liners have become a focus for environmental concerns. Pressure from customers who want ‘greener’ cruises, along with more stringent international standards and the prospect of cheaper running costs, have all combined to drive change within the industry when it comes to the way in which ships are powered.

In April this year, members of the International Maritime Organization (IMO) agreed to an initial strategy for the reduction of greenhouse gas emissions from ships, including a long-term vision to cut emissions by 50% by 2050, compared to 2008 levels. But even prior to this, the cruise and ferry industries in particular have been working hard to clean up their act, with a growing number of hybrid vessels entering service.

“We saw a growing demand from our clients to install such systems on board ships, and therefore felt the need to develop technical rules and notations,” says Andreas Ullrich, global market leader, passenger ships and ferries, at Bureau Veritas. “This is also linked with the development of the technology and its availability. And of course, it is seen as one measure to try and comply with the IMO’s goals to drastically reduce CO2 emissions by 2050.”

Wider adoption of ESSs among the cruise and ferry industries is to be expected, according to Ullrich. Not least because energy from these units is capable of being used when a ship is in port and during manoeuvring, which will help reduce or eliminate local air emissions when in proximity to centres of population and in emission control areas (ECAs). ESSs can also be used for peak shaving, power smoothing and dynamic-positioning operations, giving operators flexibility in meeting operational requirements.

Uptake is still relatively slow, but it will gather pace, says Ullrich. “We see a trend among our clients to at least have space reserved for such technology to be installed on board their newest ships,” he explains. “There is also indication of a demand for installations on expedition ships. However, due to the size and weight of those systems, cost issues, and limitations in capacity, it will be some time before we see significant demand.”

Generally, cruise lines go where the marketing department tells them. Unless you can get over the problem of the availability of fuel, then you are going to have issues.
– John Carlton

The benefits of green

Nonetheless, the considerable operational benefits involved in such technologies are a powerful incentive, as John Carlton, professor of marine engineering at City, University of London, points out. He cites the example of Prinsesse Benedikte, a ferry that was commissioned for retrofit in Copenhagen, Denmark, by Scandlines in May 2013. It was converted from a former diesel-electric ferry to a battery-hybrid vessel. The AT6500 modular lithiumpolymer energy storage packs fitted on board the ship can be recharged in 30 minutes from on-board generator power. They can then power the ship, which weighs 14,822t and can carry 1,140 passengers, for around 30 minutes on battery power alone.

The result was a significant reduction in fuel consumption – about one million kilograms a year, according to Corvus Energy, which installed the ESS on the ship. Greenhouse gas emissions on the ship were also significantly reduced, as was the size of the scrubber system required for ECA compliance.

“Scandlines believes it is getting about a 20% saving in fuel through this combination of diesel engines running at optimum efficiency that can then be charged or topped-up by battery systems,” says Carlton.

Scandlines is not alone in this. Carlton points to Caledonia MacBrayne, which runs ferries in the Hebrides and Clyde, and runs ferries using lithium-ion-based hybrid systems. Meanwhile, Norwegian expedition cruise operator Hurtigruten announced earlier this year that it had signed a letter of intent with Rolls-Royce for a major upgrade on the main engine of up to nine of its cruise ships, switching from diesel power to liquid natural gas (LNG), in addition to the installation of a hybrid battery system.

The deal involves the supply of equipment to six existing ships with an option for a further three. Hurtigruten expects emissions from the formerly diesel-powered ships to reduce CO2 emissions by at least 25% when they start operating in 2021. Each ship will rely on Bergen B36:45L&PG gas engines, which in addition to offering much lower CO2 emissions, also promise ‘exceptionally low’ levels of NOx, SOx and particulates.

“This is an investment for the future, and a historic day for us, for the environment and for the whole Norwegian coastline,” proclaimed Daniel Skjeldam, CEO of Hurtigruten, as he announced the news. “The combination of battery packs with the most environmentally friendly and effective gas engines in the market will provide a huge gain for the environment.”

Unfortunately, such huge improvements are much more difficult for larger cruise ships and those with less easily determined routes. When it comes to technologies like LNG, significant infrastructure is required in ports. “Where the Norwegians have been fortunate is that along their coastlines they have managed to set up infrastructures that allow them to use green energies for their ferries and cruise ships,” Carlton explains. “But generally, cruise lines go where the marketing department tells them. Unless you can get over the problem of the availability of fuel, then you are going to have issues.”

It is also difficult for larger cruise lines to take advantage of the lithium-ion-based ESS employed on ships like the Prinsesse Benedikte because of the sheer number of batteries that would be required and the huge costs involved. “When we start to get down to the small vessels then it becomes realistic to have some of these alternative systems,” says Carlton. “We are not there yet for the big ships, where we are talking mostly diesel-electric.”

For these larger ships, there are, of course, engine-based and exhaust-gas-related systems for reducing NOx emissions, and there is also a wide range of scrubber technologies – open, closed and hybridtype loops – to reduce SOx. And indeed, some ports are offering discounts for more environmentally friendly ships. MSC Cruises, for example, last year retrofitted MSC Fantasia and MSC Preziosa with exhaust gas-cleaning systems. The ships have already received Marine Equipment Directive certificates from Bureau Veritas after passing the International Convention for the Prevention of Pollution from Ships (MARPOL) test.

Technology is advancing at such a rate that other solutions may soon be available for the larger cruise ships. “Within the next couple of years, we might also see that fuel-cell systems will be installed on cruise ships, at least in a decentralised arrangement – for example, to use this energy when approaching ports or to supply energy to dedicated consumers,” explains Ullrich. “Hull and trim optimisation, heat-recovery systems and LED systems aimed at reducing energy consumption are now fairly standard features.”

Playing by the rules

Meanwhile, cruise operators are employing other innovative technologies to make sure they can navigate the web of global environmental regulations. While the most widely applied are specified in MARPOL, many countries apply their own rules.

In June this year, MSC Cruises announced that it would partner with Total Marine Solutions to launch a system called Ocean Guardian, which allows cruise lines and ship operators immediate access to the latest environmental regulations wherever they are in the world. All MSC Cruises ships were equipped with Ocean Guardian as of July 2018.

So while some of the most advanced solutions for reducing carbon emissions are still difficult to introduce on large cruise ships, the industry is devising ways to ensure that it takes its environmental responsibilities seriously.

And then there is the simple matter of the way in which ships are operated. Despite the headlines, Carlton questions whether cruise ships really are as environmentally unfriendly as they can be portrayed in newspaper headlines. “The question you have to ask yourself is: ‘Do they really generate high levels of emission?’” he says.

“If you think about a cruise ship that has a top speed of 20kt, it will seldom run at 20kt. It depends on the distance between ports. Generally, they set out at about 6pm to get people to wherever they are going by 6am. If those two ports are close together, they are probably not doing much more than 7–8kt, and with the cube law of ship propulsion [whereby doubling the speed requires an eight-fold increase in power] that means they are using a low power.

“They can use it efficiently; they will have a whole series of diesel generators and they can turn a lot of them off. It is only when it’s necessary to go fast over a long distance that they are creating high emissions. But ships don’t like doing that because they are trying to minimise the overall fuel bill.”

Whether costly and complicated or not, the trend is towards reducing emissions and improving air quality, and the pace of change only looks set to increase. 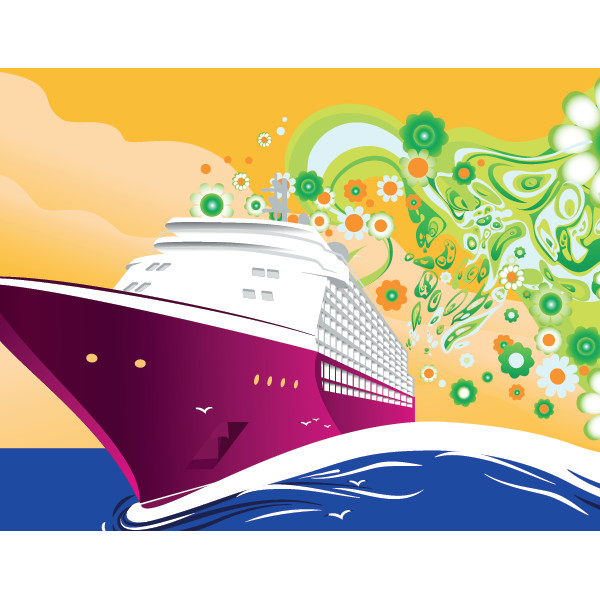 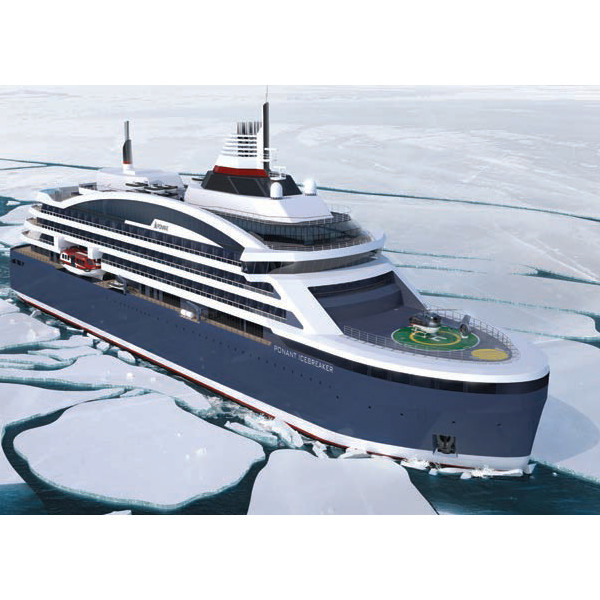 Due to the size and cost of energy storage systems, it is not currently viable to have them installed on expedition ships. 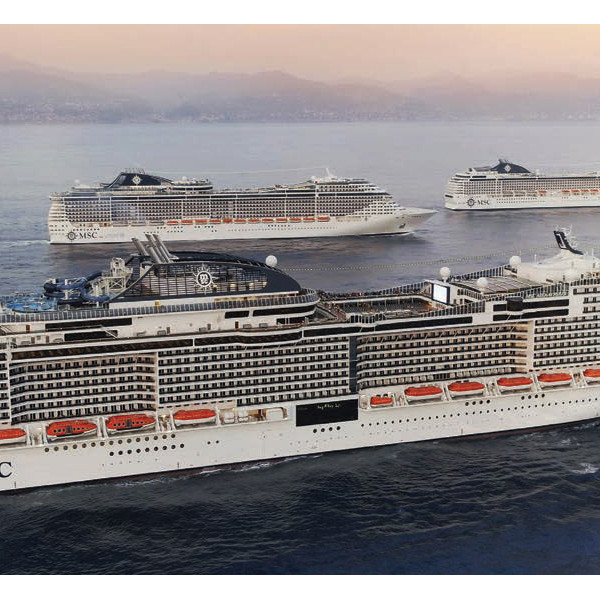 All MSC cruises are equipped with a system developed by Total Marine Solutions called Ocean Guardian, which gives them access to the latest local environmental regulations.
Post to: