Having pushed forward the start date of the third phase of its Energy Efficiency Design Index standard by three years, IMO has issued a clarion call for ship operators to switch to cleaner fuels. But is the cruise industry prepared for such radical change? Ross Davies speaks to Glenn Burnett, senior technical adviser for global maritime policy at CLIA, and Natasha Brown, of the IMO Secretariat, to find out.

The biggest talking point to emerge from the 74th session of IMO’s Marine Environment Protection Committee (MEPC) was the decision to push forward the start date of the third phase of its Energy Efficiency Design Index (EEDI) from 2025 to 2022.

Various amendments were hammered out across the five-day meeting, held at IMO’s London headquarters in May last year, with the aim of making EEDI a stricter measure, promoting greater energy efficiency across different ship types, including passenger cruise ships. Previously, IMO had stipulated that, by 2025, all new ships should be 30% more energy efficient than those built in 2014. The organisation has now shifted the baseline requirements for its EEDI reduction rate, making the rules even tighter – especially for bigger ships.

The measures are set to be formally adopted at the next MEPC session, the 75th. By the estimates of the International Council on Clean Transportation (ICCT), an independent non-profit based out of Washington DC, IMO’s decision to tighten EEDI Phase 3 could lead to the cumulative reduction of carbon emissions of roughly 750 million tonnes between 2022 and 2050.

IMO has never shied away from promoting its green credentials. As a UN agency, it is in full support of its parent institution’s Sustainable Development Goal 13, which encourages nations to take urgent action around climate change. Its prevention of pollution treaty, commonly abbreviated to MARPOL, has been in place since 1973.

IMO also carries the distinction of being the only organisation to have adopted legally binding energy efficiency measures across an entire global industry. The amendments have also come at a time in which the shipping sector finds itself increasingly under the microscope regarding its environmental footprint.

Yet IMO’s EEDI standards have been subject to criticism in the past – particularly from the ICCT – for not going far enough in pushing the envelope around innovation and design among shipbuilders.

Resolutions drawn up at MEPC 74 are, generally speaking, seen to be a step in the right direction. Commenting on the stricter targets in May 2019, Dan Rutherford, ICCT’s marine programme director, said that, “IMO’s decision to move up and tighten energy efficiency targets for some new ships is a modest but necessary step to combat climate change”.

In 2018, IMO set out its ‘Initial Strategy’, which aims to reduce at least 50% of greenhouse gas emissions from the global shipping industry by 2050, compared with 2008 levels. The ultimate long-term goal, the organisation has said, is the complete decarbonisation of the sector in line with temperature goals set by the Paris Agreement.

According to Glenn Burnett, senior technical adviser for global maritime policy at Cruise Lines International Association (CLIA), EEDI represents a “complex subject for the industry as a whole”, but there is plenty to suggest players are taking their environmental obligations seriously as 2022 draws ever closer.

“Members of CLIA have been preparing for the strengthened requirements in their new-build departments and shipyards by ensuring new-build ships are fitted with the latest in energy efficiency technology,” Burnett says.

While the EEDI does not specify which type of fuel or propulsion should be used, CLIA members are betting on LNG to play a significant part in the fuelling of that new-build fleet. A recent report compiled by the industry’s biggest trade body suggests that up to 44% of the new-build capacity of its member lines will rely on LNG for primary propulsion in 2020.

“This embodies a fundamental shift, which will have benefits beyond reduced EEDI values from the lower carbon factor of LNG,” Burnett continues. “When compared with commonly used fuels, LNG emissions represent a 100% reduction in sulphur oxides, a 95% reduction in particulate matter, an 85% reduction in nitrous oxides, and up to a 20% reduction in carbon emissions.”

“The entire shipping industry benefits from early adoption of innovative technologies by cruise lines – many of which did not exist five to 10 years ago, such as exhaust gas cleaning systems [EGCS], LNG as fuel for passenger ships and shore-side power capabilities,” he adds.

According to CLIA, its member cruise lines have invested more than $22 billion in ships with new, energy-efficient technologies and cleaner fuels. This begs the question: are we about to witness a shake up in dual-fuel passenger ships? Natasha Brown, a spokesperson for the IMO Secretariat, says there have been rumblings of late of “a propulsion revolution”, which has encouraged fresh approaches around research and development.

“There is a need to make zero-carbon ships more attractive, and to direct investments towards innovative sustainable technologies and alternative fuels,” she says. “The IMO greenhouse gas reduction strategy has sent a clear signal that now is the time to start developing the vessels, fuels, delivery mechanisms and all the other necessary infrastructure to support zero-emission shipping.”

Burnett points to other areas in which cruise lines – both new-builds and existing ships – can improve their energy efficiencies beyond the engine room, through the installation of new on-board technologies.

Elsewhere, in November, IMO and the Norwegian Government launched a new collaborative project aimed at promoting international efforts within the shipping industry to work on, and test technical solutions for reducing greenhouse gas emissions. Known as GreenVoyage-2050, more than 50 countries are expected to participate, including strategic partners from the private sector.

Last year it was also announced that the Global Industry Alliance (GIA) – another IMO initiative in support of decarbonisation in the maritime sector – will be extended to 2023, in line with the agency’s greenhouse gas strategy. A public-private partnership, GIA consists of numerous ship operators, classification societies, engine and technology builders and suppliers, big data providers and ports.

IMO has also taken the lead on the Global Maritime Technology Cooperation Centre (MTCC) network, an EU-funded project that encourages innovation in ship-efficiency operations in centres spread across Africa, Asia, the Caribbean, Latin America and the Pacific.

At last May’s meeting, IMO also adopted another resolution, MEPC.323(74), which calls on member states to encourage voluntary cooperation between the port and shipping sectors to do more to cut down on their emissions. The measure advocates investment in a wide range of regulatory, technical and economic actions, from onshore power supply (for renewable sources) to the bunkering of low and zero-carbon fuels.

“The philosophy that underpins the IMO’s strategy is that ambitious regulatory targets will act as the catalyst for technology, triggering research, development and innovation,” says Brown. “These projects bring together stakeholders from governments, the shipping industry, academia, technology suppliers and other related areas. This has to be a collective effort.”

While most appreciate that the move from heavy fuels to cleaner alternatives – such as LNG, or even batteries or fuel cells – will not take place overnight, the pressure is now on IMO to incentivise operators to take action as quickly as possible.

The fast-tracking of EEDI Phase 3 is a suitable shot across the bow for the industry. This has led some to speculate that the timetable for the fourth phase – terms of reference that were agreed at MEPC 74 – might also be pushed forward. You wouldn’t bet against it.

750 million
Projected tonnage of carbons emissions that will be reduced by IMO’s decision to tighten EEDI Phase 3 between 2022 and 2050.
International Council on Clean Transportation
0.5%
New IMO requirements for the amount of Sulphur content allowed in ship emissions.
IMO

In late January, CLIA held a media call to outline the ways in which the cruise sector was prepared to meet and exceed IMO’s new 2020 requirements, which went into effect at the beginning of the year.

The new IMO requirements lower the amount of allowable sulphur content in ship emissions from 3.5% to 0.5%. There are three primary means by which the cruise industry has taken steps to meet those new requirements, including the use of EGCS technologies, LNG fuel and compliant fuel:

The choice of which approach to take is made by individual companies based on a variety of factors, however, all three approaches are in line with IMO’s new requirements.

According to CLIA, the cruise industry was ready to meet the new requirements in advance of 1 January 2020, and is already turning its focus to the identification and development of new technologies and clean energy sources to further reduce its environmental impact.

The cruise industry recognises that a robust research and development effort is necessary to ultimately achieve the IMO’s goal of zero-carbon emissions across the maritime fleet.

CLIA has joined an array of partner associations in the maritime sector to put forth a proposal to IMO to fund and establish an R&D board dedicated to working collaboratively across the sector, with the goal of identifying the technologies that will enable the industry to reach that goal. The initiative would be funded by contributions from the industry to generate roughly $5 billion over 10 years.

CLIA members are also exploring additional opportunities to lessen their environmental impact, including the use of shore-side power (where clean energy is available), fuel cell technology, battery and wind power.
Source: Regent CLIA

The cruise industry must turn to cleaner fuels, to help the environment and improve its image. 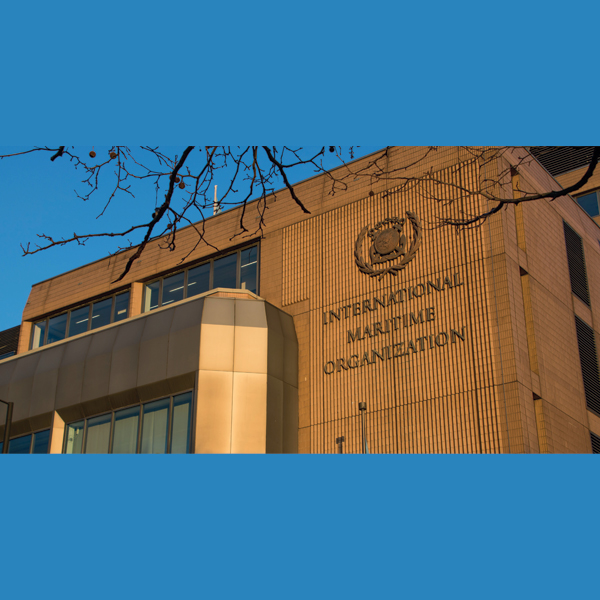