As the CLIA expansion process nears its one-year anniversary, a progress report is due. Industry figureheads Robert Ashdown, Christine Duffy and Howard Frank reflect with Jack Wittels on the core challenges faced, the benefits the merger has brought so far and the sector’s next steps into unified communications campaigns.

When CLIA announced its global expansion policy in December 2012, the industry's reaction was overwhelmingly positive. By bringing nine trade associations under one roof, cruise lines would develop better business partnerships, have access to a global resource of technical and regulatory information, and, most importantly, communicate with the wider world in a single, unified voice.

Yet underlying the merger's widely publicised enthusiasm, a low rumble of dissent was just audible: some of the independent trade associations, most notably the European Cruise Council (ECC), had reservations about its potential impact on their autonomy.

"It certainly took a while for the European side to be convinced that it was the right way to go," recalls Howard Frank, COO at Carnival Cooperation and chairman of CLIA's board of directors. "There was a concern the expansion was really a US takeover of European companies and organisations."

Almost a year into the process, however, it is clear that this European fear was baseless. Rather than having its powers and budget cut, the old ECC, now CLIA Europe, has remained largely intact. It has retained its own executive committee, and six of the seven sub-committees that deal with the day-to-day running of the sector continue to perform much the same duties (one has been upgraded from regional to global operator).

"We've found that, since we started the process, the logic of what we were trying to do has become self-evident to all the members within the separate associations," comments Robert Ashdown, secretary-general at CLIA Europe. "They understood this was a more coherent, effective and value-adding business model. And so once we started to go out, sell the concept and explain how it would work in practice, we received an enormous amount of buy-in."

But if the expansion has not lived up to the old ECC's fears of radical restructuring, what has been its primary purpose? Christine Duffy, CEO and president of CLIA, explains the original motivation behind the project.

"The cruise sector has undergone dramatic expansion over the past decade," she says. "We found ourselves with a dozen independent cruise associations, but no formal coordination, branding or strategy. We felt there was an opportunity to create a more unified industry model.

"We said 2013 would be the year of implementation, and so far, I think it's going well. The primary drive is towards consistency in the programmes and initiatives that CLIA delivers to its members across national, regional and global markets... It's about communicating more effectively and enhancing our value to all industry stakeholders; cruise lines, executive partners, ports, ship builders, the travel agent community and other related service providers."

Home to the two largest cruise source markets outside North America (the UK and Germany), Europe has been central to CLIA's vision. Rather than restructuring the old framework, the expansion has added to existing assets: CLIA Europe has four extra members of staff (more than doubling its workforce) as well as new offices. These resources will primarily be used to improve the body's communications, focusing in particular on managing global, regional and national messages.

"We are one industry with one voice, but we communicate in a way that speaks directly to the needs and sensitivities of local markets."

"What we have created is a vertically integrated structure," says Ashdown. "So when we have global messages - such as regulatory standards for newbuild ships - these are developed at the global level and then rolled out across the regions.

"But when there's a regional issue, like working hours, it's important we address it as such because things are different here to how they are in the US and other markets. We are one industry with one voice, but we communicate in a way that speaks directly to the needs and sensitivities of local markets."

"We're working hard to avoid being a hindrance and instead to focus on what makes sense and adds value," adds Duffy. "So where it's clearly a good idea to globally coordinate, we do. When it's obviously not, we don't."

Such communicative flexibility is particularly important in a continent like Europe. The EU has 28 members, not including other significant countries like Turkey and Russia. Attempting to apply blanket policies across such an array of cultures and international laws would no doubt end in disaster.

"It's not a question of saying different things in different markets - obviously we have a consistent and coherent set of policies," Ashdown explains. "It's more about tailoring the message when you reach out to consumers; listening to what they want to hear and giving them the right answers rather than simply telling them what you want to say."

Beyond Europe, the expansion has had a significant impact on industry safety standards, forming the apparatus for the Cruise Industry Operational Safety Review. Carried out in the wake of the Costa Concordia tragedy, it has so far produced ten key policies to be put into practice on a global scale. While a clear sign of progression however, Frank believes there is still some way to go.

"We know that the new policies have been incorporated into the safety management systems on board the ships - and they also have to be re-confirmed on an annual basis," he says. "Nevertheless, safety is a continuing work in progress for all of the cruise lines. I believe the International Maritime Organization will demand that we continue making improvements; there have been a number of recommendations to come out of various investigations and events."

The new CLIA is also looking to expand its executive partner programme by strengthening its relationship with ports, equipment suppliers and manufacturers; a global ports committee is already in the pipeline. Once established, the body will aim to provide information for those wishing to strengthen relations with the sector.

"Consumers need to have a better understanding of the cruise product as a whole; that it's a safe, enjoyable and affordable vacation."

"It's not only relevant to emerging markets like the Middle East and Asia, we'll also be talking to more mature ports and destinations," says Duffy. "We plan to make sure they understand the trends we're seeing in terms of consumer interest, potential new destinations and opportunities for growth."

"By making our executive partner programme more effective and closely tailored to these ancillary industries, we not only add value to them, but also to ourselves," says Ashdown. "It gives us a much larger footprint, which is useful when negotiating with governments, and it's also great to have them as cruise industry advocates. After all, it's one thing for us to talk about the value of the cruise sector, but quite another for an SME or local port to say to their local mayor that we bring value to their business."

Improving travel agents' understanding of the cruise sector, particularly outside of the US, has also been on CLIA's agenda.

"In continental Europe, the old ECC was always more focused on regulatory standards and policies rather than travel agent relationships," Frank explains. "We need to build stronger relationships there, and we can do that through providing various educational programmes for travel agents, bringing them onboard ships and showing them how to sell cruises as an alternative to land-based holidays."
For Frank, effective marketing of this sort will become increasingly important over the years to come, stretching well beyond the confines of the travel agent's office. He envisages a global effort to market the cruise sector itself, a breakaway from the current focus on individual brands.

"With the intense media focus on us today, I think the cruise industry needs to be doing a much better job from a communications and PR standpoint," he says. "There could be a generic marketing campaign - it's certainly been talked about in the past, it just never got done.

"I'm not saying brands shouldn't continue to focus on trying to differentiate themselves from a marketing standpoint," he continues. "But consumers do need to have a better understanding of the cruise product as a whole; that it's a safe, enjoyable and affordable vacation."

Ashdown is already keen to use CLIA's new resources to implement such a scheme.

"We've always had a remit to promote cruising to the general public, though that was something we hadn't focused on as the ECC," he explains.

"CLIA will be punching above its weight on the gamut of issues that affect the cruise industry at a global, regional and national level."

"But in CLIA Europe, with our new strength and communications team, we're really trying to reach out to the public and explain the benefits of cruising. Not just that it's a great vacation, but also how valuable it is as an industry in providing jobs and having a positive economic impact."

CLIA's growing European presence will no doubt prove integral to conveying such a message. It already has national associations in Belgium, France, Germany, Luxembourg, the Netherlands, and the UK and Ireland, each with a core focus on sales and marketing the cruise industry.

With CLIA Spain and CLIA Italy to join the list, it will have a communication network capable of acting as an industry mouthpiece, and its eyes and ears on the ground.

"The whole sector is hugely excited by this change," Ashdown concludes. "2013 has very much been a year of transition, but I think we've achieved a fantastic amount in a relatively short time. As we move into 2014, we'll start to see the added value coming through. CLIA will be punching above its weight on the gamut of issues that affect the cruise industry at a global, regional and national level." 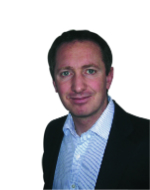 Robert Ashdown was appointed secretary-general of CLIA Europe in 2013.

Christine Duffy became president and CEO of CLIA in February 2011. 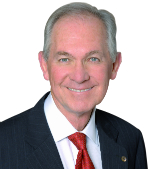 Having joined Carnival in 1989, Howard Frank has been the company’s COO, and vice-chairman of the board of directors, since 2003.
Post to: