The Covid-19 pandemic has sent shock waves through the global travel industry, with the cruise sector facing unique and widespread challenges. Sailings are cancelled and builds delayed, with the potential for customer-apprehension about stepping back on board high. With cruise lines needing to restructure operations and build public trust, how does the sector proceed from here, and what steps are already being taken? Irenie Forshaw investigates.

Virgin Voyages’ 17-deck debut liner, Scarlet Lady, was meant to make her inaugural voyage to the Caribbean in late March. Originally slated to shake the cruise sector up, instead, she sits alone, a solitary figure docked at the port of Miami. The ‘RockStar’ suites are empty, the multiple brightly coloured clubs eerily quiet. Scarlet Lady has been recast as Mary Celeste.

At the time of the ship’s delivery in February, few were predicting that Covid-19 would threaten to capsize the cruise industry. It seemed the perfect time to launch Virgin Voyages, a boutique-style cruise line targeting the coveted millennial market. Just a few weeks prior, CLIA predicted 32 million passengers would set sail in 2020, with 19 new ships scheduled for launch to meet an expected increase in demand. There was a positive shift in attitudes towards cruising among younger generations, CLIA was keen to note.

Cruise operators also continued their battle to tap into the growing Chinese middle-class market, with Royal Caribbean’s relocation of Quantum of the Seas from New Jersey to Shanghai testament to the confidence that leaders had in the region. “We’re having a record year [in China]. It’s much better than last year,” CEO Richard Fain told CNBC’s Jim Cramer at the time. “[And] it continues to improve.”

The cruise industry has always bounced back from previous setbacks. The Costa Concordia disaster of 2012 and, the following year, an engine-room fire on board the Carnival Triumph, which left the ship stranded without power in the Gulf of Mexico, contributed to a temporary dip in demand for cruise travel. But nothing has come close to the scale of the challenge the industry will face in the wake of Covid- 19. By late January 2020, China had imposed a ban on ships entering the river port of Wuhan following the outbreak of a new virus that authorities were struggling to contain. When the Diamond Princess set sail from Yokohama, Japan, on 20 January, Covid- 19 seemed like a distant issue. Two weeks later, on 3 February, the ship was quarantined, following news that a passenger that had disembarked in Hong Kong had tested positive for the virus.

During February, the Diamond Princess became the largest cluster of Covid-19 cases outside mainland China, with over 700 infections on board. Still, operations elsewhere appeared relatively unimpacted. On 11 February, Grand Princess departed from San Francisco for a 10-night Mexican Riviera cruise.

Two days later on 13 February, CLIA announced that its members had adopted enhanced protocols for guests and crew, which included denying boarding to people who had visited or transited via airports in China, and those who had been in close contact with or were suspected to have Covid-19 within 14 days of boarding. By 6 March, cases had been identified on Grand Princess and the ship was quarantined off the coast of California.

A third ship, Ruby Princess, set sail from Sydney on 8 March, the same day that the Centre for Disease Control and Prevention (CDC) announced recommendations that all cruise ship travel worldwide should be deferred for those with underlying health conditions, and for people aged over 65.

On 13 March, CLIA announced that it would voluntarily suspend cruise operations in the US. Four days later, the CDC issued a level three travel warning recommending that all cruise travel should be deferred worldwide. According to the organisation, between 3 February and 13 March, cruise travellers accounted for 17% of total reported US cases of Covid-19. The death toll from cases linked to Ruby Princess has since reached 21.

According to some reports, at the time of writing, tens of thousands of crew members are stranded on ships with outbreaks of the virus, and at least 17 cruise ship workers have died from suspected Covid-19. In mid- April, 100 crew members joined a class-action lawsuit against Celebrity Cruises, alleging the company failed to protect them.

CLIA is keen to redress the tone of some of the media coverage the sector has received. “While it’s easy to focus on one industry because of its high profile in travel and tourism, this is a situation that goes well beyond any one industry,” said CLIA’s director for the UK and Ireland, Andy Harmer, in a Q&A with Cruise Advisor. The association has also stressed that “the vast majority of more than 270 cruise ships within the CLIA member fleet were not affected by this virus”.

“While it’s easy to focus on one industry because of its high profile in travel and tourism, this is a situation that goes well beyond any one industry.”
Andy Harmer, CLIA

Furthermore, CLIA has played an important role in highlighting the devastating impact that the suspension of cruise operations will have on the global economy, with the cruise industry currently generating more than $150 billion per year in global economic activity, supporting 1.17 million jobs worldwide.

While operations are suspended, new protocols and standards to prevent and detect Covid-19 on board cruise ships are being developed under the guidance of the CDC and WHO, based on experience from China’s initial recovery. These measures include rigorous screening, enhanced sanitation and increased availability of medical care.

Carnival Corp reached out to government and health officials, offering to convert some of its unused ships to serve as temporary hospitals during the pandemic. “If needed, cruise ships are capable of being quickly provisioned to serve as hospitals, with up to 1,000 hospital rooms that can treat patients suffering from less critical, non-Covid-19 conditions,” the group outlined in a May statement.

While the industry is currently on pause, there are a number of issues that must be tackled before operations resume. Logistically, cruise lines need to deep-clean, staff and redeploy their fleets. Further measures will need to be introduced to ensure the safety of passengers and crew, including more frequent cleaning schedules. Coherent health screening measures must be set out to ensure previous mistakes are not repeated, but until a vaccine is found, this will be no easy task. Even when the ‘no sail order’ is lifted, returning to ‘normal’ won’t be easy. The pandemic has led to the closure of major shipyards and many new builds will have to be postponed.

Some cruise lines have even voiced fears about their future. On 6 May, after revealing to investors that it had ‘substantial doubt’ over whether it would survive, Norwegian managed to raise over $2 billion in liquidity. US private equity firm L Catterton has agreed to lend the company $400 million, demonstrating some market confidence in the sector’s longer-term future.

“The industry has overcome numerous challenges in the past,” said Scott Dahnke, co-CEO of L Catterton, “and we expect that [it] will rebound and prosper with even further enhancements to their already rigorous health and safety protocols in the future.”

Cruise lines have to adapt to the dramatic drop in demand caused by passenger fears of infection. Most of the major cruise operators are offering significant discounts and free cancellation policies to salvage sales and reassure customers. Princess Cruise Lines has updated its ‘cruise with confidence policy’ to allow full cancellations and refunds up to 48 hours before sailing, until 31 July. The greatest challenge of all may be PR efforts to win back public trust and convince customers that it is safe to step back on board. One in seven cruise passengers are over 70, a demographic that will be harder to persuade given the risks.

The World Travel and Tourism Council (WTTC) predicts there will be a gradual return to travel over the coming months, starting with younger travellers who are less vulnerable to the virus. This will likely start with domestic travel, before the return of international journeys.

It will be crucial to have a coordinated approach to travelling in a post-Covid-19 world. The WTTC and CLIA are working closely with governments and organisations from around the world to ensure that the new protocols become part of a common global standard. As China lifts its lockdown and starts to tentatively reopen its economy, it may be the Asian market that cruise lines return to first.

Richard Branson and his Virgin Voyages team are hoping that Scarlet Lady will make her long-overdue maiden voyage in early August, but she will set sail into a world quite different to the one she was designed for. The rest of the industry will be watching its fate closely; how cruising’s latest big-name arrival fares may be indicative of the sector’s outlook at large.

The top priority for our entire community – including cruise lines, travel agents, ports, destinations, suppliers and beyond – continues to be the health and safety of passengers, crew and the communities in the places we visit.

The fact remains that the vast majority of more than 270 cruise ships within the CLIA member fleet were not affected by this virus. This is due, in large part, to the aggressive measures adopted by CLIA ocean-going cruise lines in response to Covid-19, based on prevailing guidance from global health authorities, including the US Centre for Disease Control and Prevention (CDC) and WHO. Those measures include rigorous screening protocols, enhanced sanitation measures, and the availability of on-board medical care and treatment 24/7.

Tragically, we know now that this virus can affect any setting where people come together to socialise and enjoy shared experiences. For this reason – and upon WHO’s declaration of a pandemic in mid-March – CLIA ocean-going cruise lines took the unprecedented step to voluntarily suspend worldwide operations, making the cruise industry one of the first to do so.

Unfortunately, the suspension of cruise operations will have a pronounced detrimental effect on the global economy. The cruise industry generates more than $150 billion per year in global economic activity and supports over 1.17 million jobs worldwide. Cruising touches almost every sector, from transportation and agriculture, to hospitality and tourism, manufacturing and beyond. When the time is right for cruise ships to once again set sail, our community will be an important part of the global economic and societal recovery. 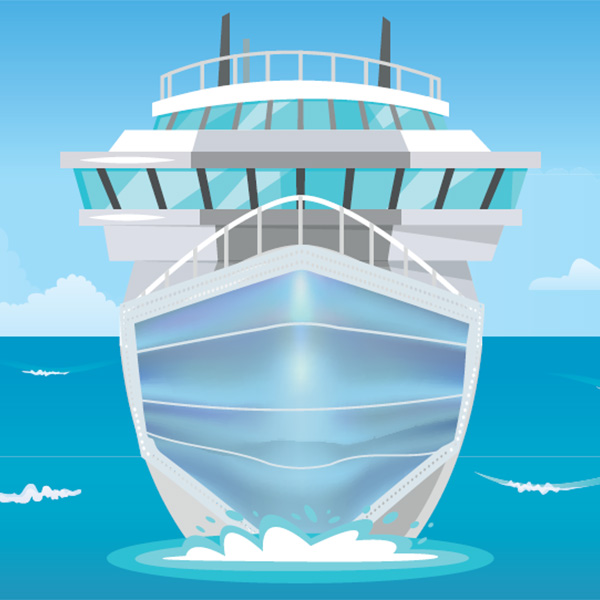 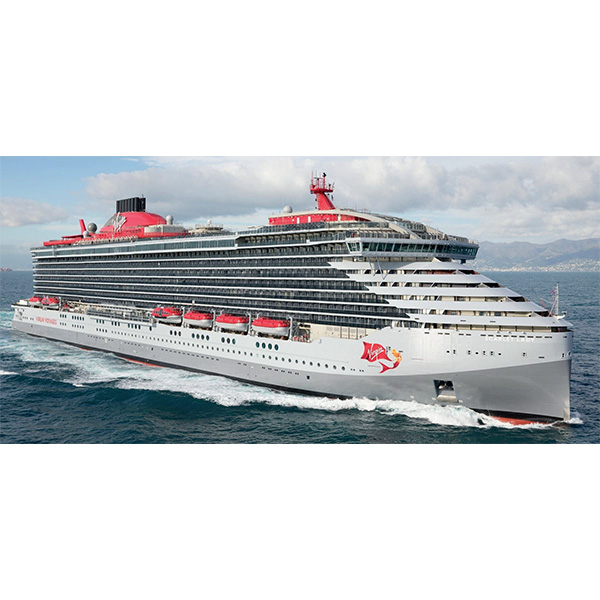 Virgin Cruises’ Scarlet Lady has been in dock since February, with little prospect of leaving.
Post to: