With the International Maritime Organization’s ban on high-sulphur marine fuel set to come into force in 2020, ships that do not have the right equipment to strip these chemicals from their emissions will soon face problems. Neil Thompson speaks with Donald Brown, CLIA’s vice-president in charge of maritime policy, on how cruise lines should respond to these new legal restrictions and what the industry can do to prepare itself.

Donald Brown is a man facing a tight deadline. As the vicepresident for environmental policy at Cruise Lines International Association (CLIA), he knows that by 1 January 2020 every boat worldwide will be legally limited to using fuel that has a sulphur emission of no more that 0.5%. But according to the association’s own figures, of the 86% of the modern cruise fleet that reported their environmental technologies and practices to CLIA, the overwhelming majority are still heavily reliant on standard marine fuels for their primary propulsion power. Nor is the technical situation of the remaining 14% who did not respond probably all that different. As of 2017, the average age of the global fleet was 14.5 years old. Most vessels were built when laxer environmental standards and less impressive clean technologies were the global norm.

Newer ship designs will change this picture over time. Of the 48 vessels on order in 2017, 13 are committed to using eco-friendly liquefied natural gas (LNG) as their primary fuel for propulsion. Moreover, among this existing fleet, several dozen already have the capacity to operate using alternative green power sources, instead of having to use expensive low-sulphur fuel oil (LSFO) while inside certain International Maritime Organization (IMO) Emission Control Areas (EMAs). Although cruise liners have survived the proliferation of local regulations that have emerged in recent years, they face a far bigger challenge in complying with the scale of the IMO’s upcoming global regulations. Analysts estimate that the proposed cap on marine-fuel sulphur could cost the shipping industry as a whole up to $60 billion.

On the other hand, prior to this, shipping businesses of all types had increasingly been faced with splintering and ever-changing regulations, as special environmental zones with differing standards emerged from the Baltic Sea to Alaska. This created a patchwork of areas that some ships were equipped to operate in and others were not. It led to complaints in some regions that older, more polluting vessels were being dumped by their owners in places that had not yet legislated against them.

“CLIA was supportive of efforts at the IMO to establish a specific date by which to implement the 0.5% global sulphur cap,” Brown says. “This was in order to set clear expectations for the sector and to provide sufficient planning time for fuel providers to be prepared to provide compliant fuels to meet the requirement. Our members are committed to preserving and protecting the environment – it is the right thing to do, and it is fundamental to the success of the industry.”

CLIA’s supportive stance towards the new IMO regulations could reflect the fact that, over the past five decades, the steady global growth of the transnational shipping sector has made maritime pollution a serious issue for a growing number of groups, including national governments, environmentalists, marine scientists and the UN.

Green groups, such as Germany’s Naturschutzbund Deutschland (NABU), which every year grades the cruise industry on its annual environmental performance, say that maritime pollution is an underappreciated cause of global warming and a major threat to public health. Organisations are now calling on the IMO to tackle the problem.

The Brussels-based Transport & Environment (TE) group estimates that every year, approximately 50,000 people in Europe alone die prematurely from the air pollution caused by the global shipping sector. Yet dangerous emissions continue to increase as businesses at sea expand. According to a recent report from TE, “Land-based emissions of SOx (sulphur oxides) and NOx (nitrogen oxides) – particularly from fixed installations – have been reduced dramatically at great cost, but NOx from shipping is set to exceed NOx from all EU land-based sources in the coming decade.”

CLIA was supportive of efforts at the IMO to establish a specific date to implement the 0.5% global sulphur cap. It’s the right thing to do, and it is fundamental to the success of the industry.

Brown naturally agrees that more needs to be done to tackle maritime pollution, but is careful to suggest that the cruise sector, a small percentage of shipping overall, already has matters in hand. Regarding fears of a crunch period where currently available supplies of low-sulphur marine fuel could run short, Brown sounds optimistic. “Like others in the shipping industry, our members want to know that safe, compliant fuels will be available when they are needed, where they are needed and without disruption to operations,” he says. “But cruise itineraries are often developed a year or more in advance of sailing. Accordingly, requests to fuel providers can be submitted well in advance so that proper arrangements can be made to source and provide compliant fuels.”

Brown further explains that to help prepare for the transition to the new sulphur cap, CLIA (in conjunction with other shipping associations), has been very active at the IMO. Its efforts have included a proposal to ban the carriage of non-compliant fuel unless a ship is equipped with exhaust-gas cleaning systems or an equivalent technology, and a call for guidelines that address the impact on fuelling systems and other machinery by different types of fuels. Furthermore, it has made enquiries regarding technical considerations for shipowners and operators, and sought to address the unavailability of fuel oil, such as by pushing for a standard global form for reporting issues. “Our members are innovators in developing cuttingedge, sustainable environmental technologies and practices,” says Brown. “They have invested $1 billion in new technologies, designs and cleaner fuels to protect the oceans, air, as well as destinations that millions of cruise passengers enjoy docking at each year.”

At present, like others in the maritime shipping industry, cruise lines either use expensive LSFO to meet lowsulphur emission requirements or they use technology to achieve the same result (due to the existing 0.1% sulphur limit inside EMAs, many cruiseliners are already equipped with alternatives).

But, going forward, a lot more ships will rely on cheaper alternatives to LSFO, such as LNG, to meet or exceed the new low-sulphur emission requirements.

“Innovations in tank design and placement have allowed safe storage of LNG on board,” explains Brown. “For new builds, the requirements of LNG systems can be incorporated into the design of vessels, preserving what passengers expect from cruise ships.

“For ships operating equivalent technologies or instead running on more sustainable and green alternative fuel – such as LNG – concerns for the availability of low-sulphur fuel are substantially alleviated,” Brown explains.

“Accordingly, these ships will prove vital in helping to ease some of the high demand for compliant and alternative fuel, which will prove more acceptable.” Some companies are investing in exhaustgas cleaning systems to sidestep any future issues with fuel acquisition. About 40% of CLIA member’s vessels have these systems installed, and there are as many planned for new builds as there are retrofits for existing vessels. Brown says that CLIA continues to lobby the IMO, to keep scrubbers as an alternative means of compliance and to develop appropriate guidelines for the operation of such systems.

Like others in the shipping industry, CLIA members want to know that safe, compliant fuels will be available when they are needed, where they are needed and without disruption.

The restrictions on sulphur emissions could simplify matters by providing a universal global standard. Instead of needing to manoeuvre their fleets around depending on each vessel’s particular systems, the 2020 IMO deadline is resetting the situation back to one set of procedures with a higher environmental standard.

The businesses involved may have a steep price to pay to meet the sulphur emissions cap, but in the long run, they know this will help to preserve the scenic views that draw many of their customers to take a cruise in the first place. 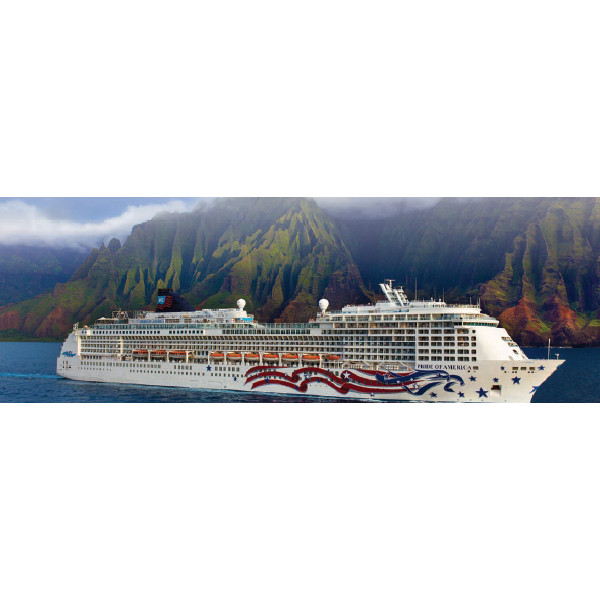 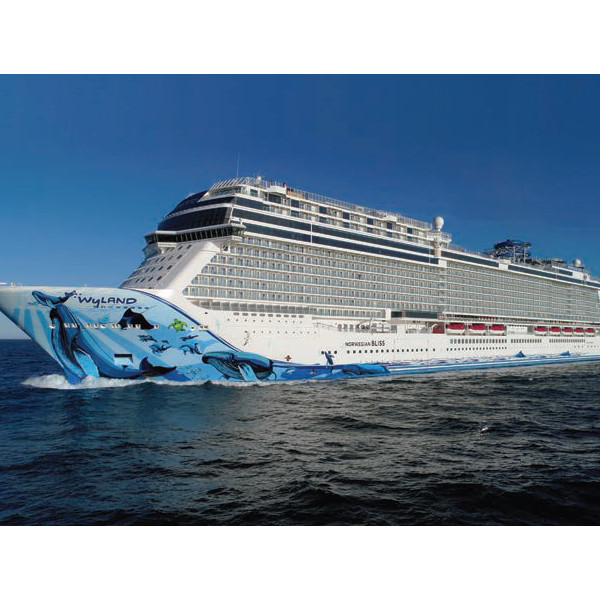 Norwegian Bliss tendering, having entered into service in April 2018. 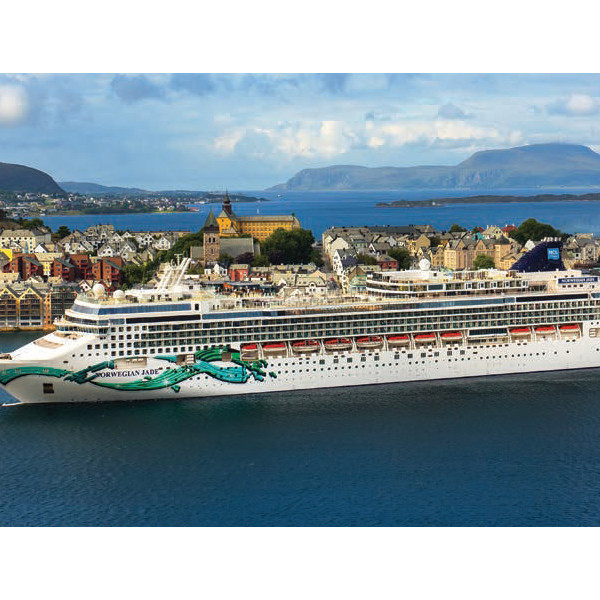 Norwegian Jade – originally built as the Pride of Hawaii – a vessel from the Norwegian Cruise Line fleet.
Post to: