And the winner is... World Cruise Industry Review Awards 2013

It has been another record-breaking 12 months for the cruise industry – more guests than ever before, a wider variety of destinations and unprecedented levels of comfort, service and activities. To celebrate these achievements and recognise operators, the World Cruise Industry Review Awards seek out ships and individuals setting ever-higher standards across the sector.

It has been an incredible year for launches, with Royal Princess and MSC Preziosa making particularly strong cases for this year's award, but, in the end, our judges could not look beyond Breakaway. Packing in as much entertainment as found on Norwegian's larger Epic, an emphasis on outdoor space and fresh-air pursuits, and the NYC vibe permeating the entire experience, Breakaway has brought something entirely new to sea, setting extremely high standards for Norwegian and its competitors to meet.

Refurbishment of the year

The $155-million refurbishment of Carnival Destiny in 2013 was one of the largest and most spectacular the cruise industry has ever witnessed. Renamed Carnival Sunshine after its emergence from an astonishing 49-day dry dock from February to April 2013, the ship has undergone a dramatic transition, moving from traditional "Old Vegas" style decoration to a much cleaner and simpler look. Carnival Sunshine also boasts a number of new restaurants, including the line's first Asian restaurant, JiJi, as well as its three-deck 'serenity space' - a child-free zone. The greatest proof yet of how much can be achieved in the refurbishment process.

2013 was another year in which Oceania Cruises continued to set the standard for food and beverage services, with renowned celebrity master chef Jacques Pépin as executive culinary director. In October 2013, the line unveiled its new 2014 curriculum for the Bon Appétit Culinary Center on board the Marina and Riviera, offering the opportunity for guests to cook for themselves in a state-of-the-art environment. The line also rolled out an extensive new menu featuring 85 new dishes. Inspired by classic European fare with a contemporary, creative touch, the menu uses the highest-quality ingredients combined with the perfect execution of traditional culinary techniques.

Winner: Princess Cruises, Cruising for a Cause

Going beyond the call of duty, Royal Princess launched its first ever "Cruising for a Cause" voyage in 2013, honouring serving and veteran military personnel. Taking place aboard the Caribbean Princess, the line's president Alan Buckelew, himself a veteran, was on board to act as host. Admiral Michael Mullen, former chairman of the Joint Chiefs of Staff, General George Casey, former army chief of staff, and General James T Conway, former commandant US Marine Corps, also attended and hosted throughout the voyage. The cruise raised $600,000 for Vietnam Veterans Memorial Fund and Operation Homefront.

The stakes for best on-board entertainment seem to get higher every year. 2013 saw the new Royal Princess sporting a 'sea walk' extending 28ft out from the ship's starboard side, offering truly spectacular views. But the winner of this year's award has to be Norwegian's Breakaway. In addition to its Rock of Ages show, the vessel features two other Broadway hits: the circus-without-animals Cirque Dreams Dinner & Jungle Fantasy, and high-voltage ballroom performance Burn the Floor. As if that wasn't enough, there's also the largest aquapark at sea with multistorey water slides, as well as a three-storey sports complex including a rope course, zip line, rock wall and more.

Ensuring the world knows about the positive environmental efforts carried out across the cruise sector is vital, and this industry-wide communications initiative launched in 2013 promoting cruise lines' contribution to the environment, as well as safety standards, local economies and community organisations. Allowing the cruise sector to speak with a single, unified voice, the campaign is driving home the message that green aspirations are changing across the industry. Norwegian Cruise Line, Royal Caribbean and MSC are among the many lines that have played a leading role in pushing this exciting new green programme across the world.

For guests used to fast broadband and 4G on their mobile phones, the expensive, slow and unreliable internet access that still pervades much of the cruise industry is incredibly frustrating. But Royal Caribbean has taken a new step to change all that with bow-stern Wi-Fi on all its vessels, which gives guests the freedom to access the internet around the ship. The line is also increasing its bandwidth seven-fold, providing a faster connection, and making it practical for guests to be online throughout their journey.

Wood panelling, marble fittings, in-suite laptop, complimentary mini bar and luxury touches throughout, the Yacht Club continues to set standards for style and comfort. On board the Preziosa, it has been enlarged, with private sun deck, small pool, bar and buffet, smart La Palmeraie restaurant and Topsail panoramic lounge, which are all available for the exclusive use of the occupants of its 69 suites.

Port of the year

The much awaited soft opening of Hong Kong's new cruise terminal, Kai Tak, formally took place in June last year with the docking
of Mariner of the Seas. It has been 15 years since the 1.25-square-mile site, previously an international airport, was shut down. Now, with a new design by world-renowned architect Norman Foster that includes five gangways and a rooftop garden, this magnificent port will eventually be able to handle the largest liners in the world once the remaining construction work and dredging is completed. Passengers are sure to enjoy the bustling harbour atmosphere and breath-taking Hong Kong skyline, and operators are already expressing enthusiasm about the burgeoning Chinese market. 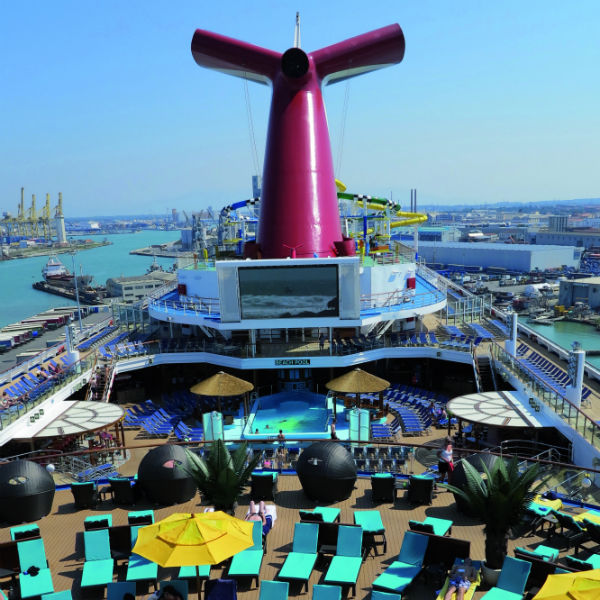 Refurbishment of the year: Carnival Sunshine. 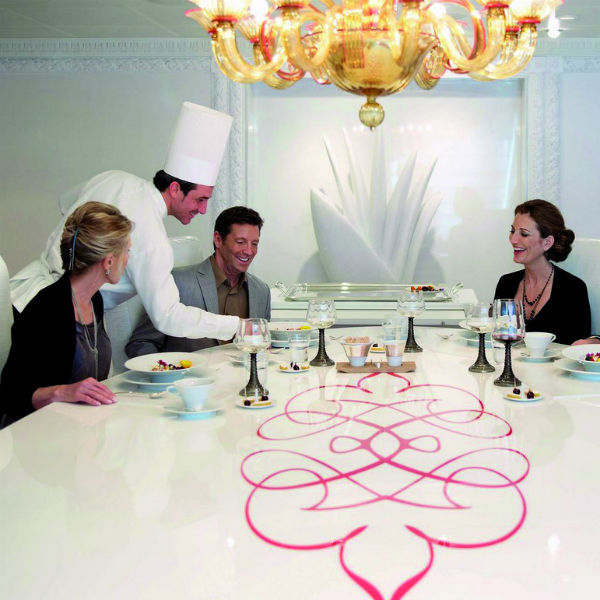 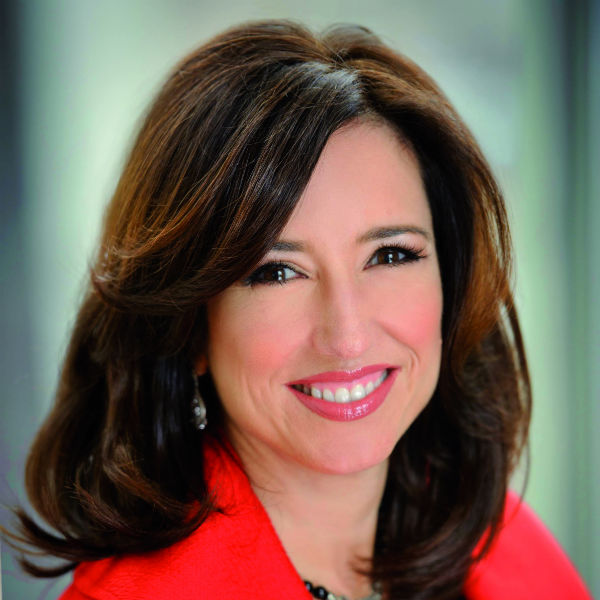 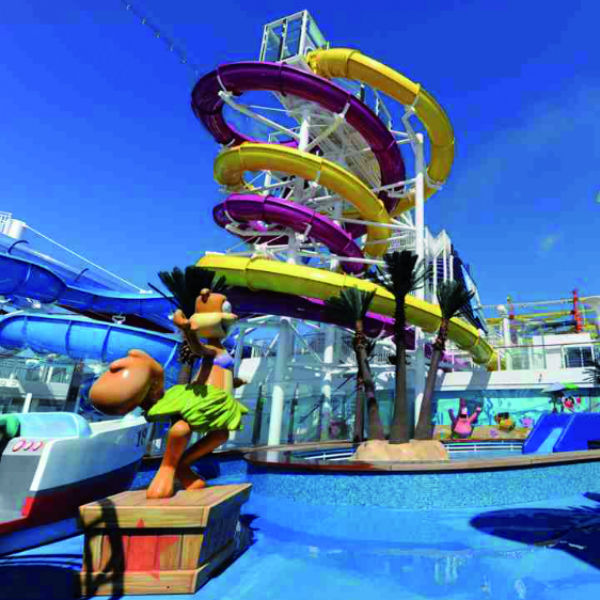 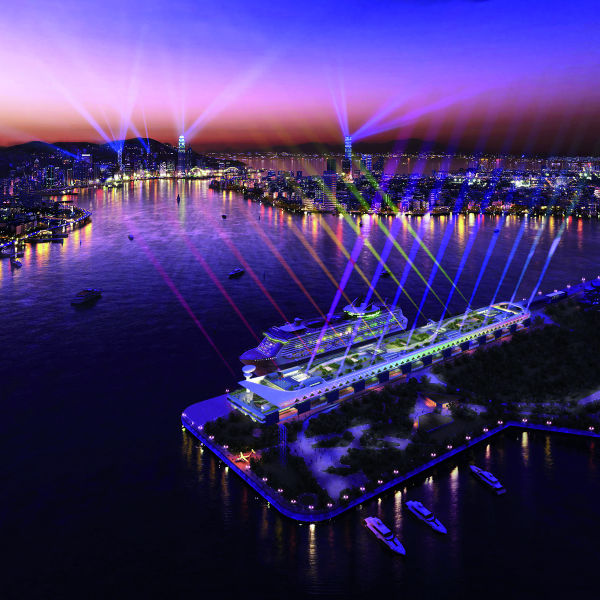 Port of the year: Hong Kong. 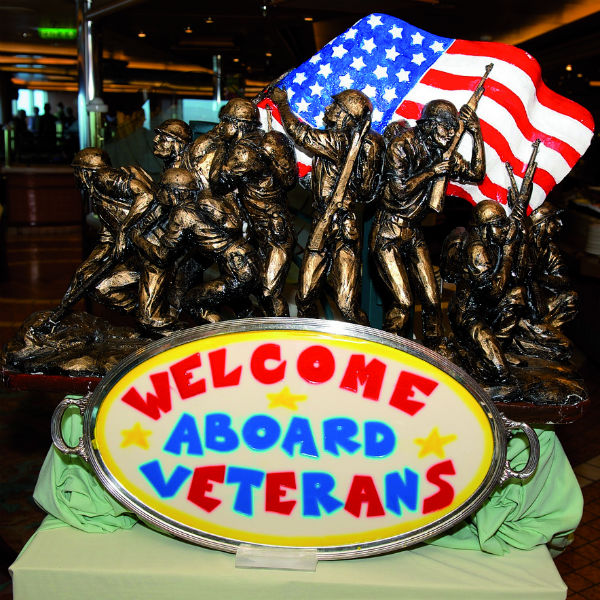 Service innovation: Princess Cruises, Cruising for a Cause. 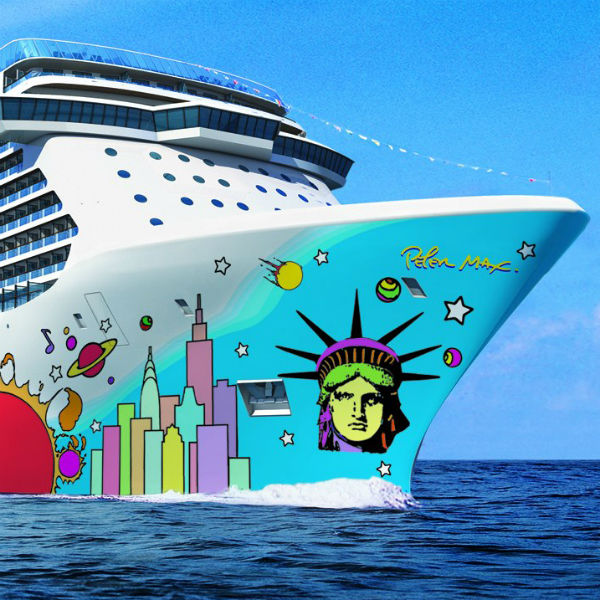 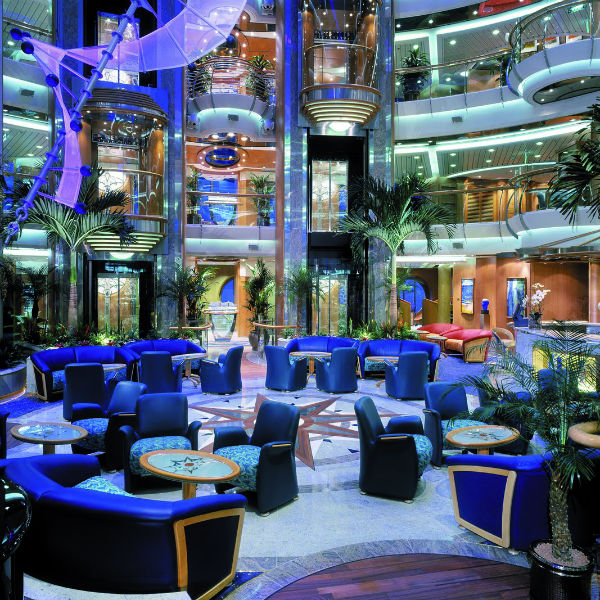