Kelly Craighead was appointed president of Cruise Lines International Association (CLIA) in 2019, back when the industry was contributing $150bn to economies around the world. Since early last year, however, cruising operations have been delayed and cancelled as the sector strives to safeguard itself from further financial harm inflicted by the pandemic. Will Moffitt speaks to the CLIA president about the challenges of combating coronavirus and what recovery might look like.

“How do you protect citizens and, at the same time, recognise how important travel and tourism is and ensure the safe crossing of borders?” asks Kelly Craighead, president of Cruise Lines International Association (CLIA).

It’s a pertinent issue, and one that governments have been wrestling with ever since the outbreak of Covid-19. Craighead is contemplating the question from her sun-soaked kitchen in Washington, DC. It elicits several more: “What are the elements that impact tourism-related decisions? How do you navigate understanding what the government’s priorities are? And how do you shift your own priorities in a way that is responsive to what it needs to see and hear first?”

As the old adage goes, ask the right questions and you’ll start getting the right answers. As Craighead explains, it’s a trait she honed as deputy assistant secretary for travel and tourism at the US Department of Commerce when the WHO declared the Ebola outbreak a global health emergency on 17 July 2019.

Through that experience she gained a granular understanding of how complex political machines operate – a trait that proved instrumental in elevating her to CLIA president in 2019, and one that is helping her navigate the chaos and disruption of the past year.

Craighead has got used to anticipating challenges before they arise. She warns me early on that our interview may be interrupted at any moment: “You will almost certainly meet my cat and hear my dog,” she says (I meet both soon after).

Of course, sometimes a crisis emerges that is completely unpredictable. Covid-19 was a threat very few saw coming and a heavy blow for a sector that was becoming one of the fastest growing in the global tourism space. With an estimated annual value of more than $150bn, the cruise industry had been forecast to hit a record 32 million passengers in 2020. “Covid is unprecedented. I think it’s unlike anything anybody living has seen. And where my experience having worked in government has been helpful is in [understanding] the importance of process and stakeholder engagement,” Craighead says. “I think what we’ve learned from the earliest days of Covid is that there wasn’t a lot of information about what it was and how to mitigate it.”

To reduce the spread of coronavirus, Craighead and her colleagues began taking decisive action in March 2020. By April, CLIA member vessels had returned to ports across the globe and disembarked thousands of passengers. Since then, its president has been liaising with senior figures in the cruise industry, talking to health authorities and advising governments on how to pivot towards a safe resumption of operations. A crucial aspect of CLIA’s remit has been implementing a centralised set of rules that members can follow to ensure safe operations for passengers and staff, including screening and sanitation procedures.

“The ability to come up with a very comprehensive set of protocols to address the mitigation of Covid-19 was a very long process,” Craighead explains. “We were taking into account the different kinds of size and scale of ships and we’re charged with setting a really high bar for excellence.”

Ensuring health and safety regulations are in place shouldn’t simply be a reaction to Covid-19, Craighead advises, but a general hubris that recognises that global pandemics “could make up much of our future”. These measures also mark the start of a long journey to regain public trust in the industry, as deaths on board ships such as the Diamond Princess in March 2020 helped cement a damaging perception that cruise vessels are ‘petri dishes’ for the virus. Invariably, part of re-winning hearts and minds has meant listening very carefully to epidemiologists and medical staff to understand the manner in which the virus mutates and infects the immune system.

“We do need to understand more about the science,” Craighead admits. “We need to take those lessons that we’re learning from people who are working in the destinations that are on the ships and interpret what that then means in terms of enhancing health or safety protocols.”

In the fallout from the pandemic, airports and aviation companies for the most part still dominate the conversation around travel cancellations. Industry leaders continue to argue that the economic damage caused by long periods of inactivity poses a threat to their livelihoods. Does Craighead feel that the cruise industry deserves more coverage in this regard, given the damage the virus has inflicted?

“I’m not sure if there’s a danger of the cruise industry not getting enough airtime,” she responds diplomatically. “I think that we would appreciate being recognised as an important partner in the travel and tourism sector.”

While vaccines are “critically important” to the industry’s very own ‘project restart’, Craighead argues that issues around global distribution mean cruise lines must employ “multi-layered protocols” to ensure travel can resume before worldwide vaccination is achieved. Once again, she points to the health and safety regulations CLIA has introduced.

Once full operational recovery is complete, the cruise industry won’t get much time to rest on its laurels. Instead, it will need to fix its gaze on an equally pressing issue: climate change. Given that the sector is currently responsible for 2.5% of all global greenhouse gas emissions, it will need to embrace a variety of alternatives to diesel fuels, particularly if it wants to meet the International Maritime Organisation’s (IMO) ambitious plan to cut international shipping emissions by at least 50% by 2050. To this end, CLIA has joined an array of partner associations in the maritime sector to put forth a proposal to the IMO to fund and establish a $5bn R&D board dedicated to identifying, and in some cases developing, cleaner technologies and more eco-friendly energy sources.

“The sector is committed to working with these ambitious goals,” Craighead says. “But it’s going to take that kind of R&D investment to help us really identify what gets any of us to zero carbon by the end of the century, much less some of the more ambitious goals for 2050.”

Craighead points to the fact that the cruise industry has invested more than $23.5bn in ships with new technologies and cleaner fuels to reduce air emissions and achieve greater energy efficiency. Many of these technologies, such as shoreside power, liquefied natural gas or exhaust gas cleaning systems, did not even exist five to ten years ago. For now, controlling the spread of Covid and establishing the safe resumption of cruise operations will be enough for Craighead and CLIA to contend with.

“I think that you will see a steady pace towards resumption over the next two years,” Craighead forecasts. “It will happen at different rates in different parts of the world, but we certainly have seen consumer demand stay incredibly strong…the more opportunities [that] open up the [more] likely it is we’ll be able to get back on our growth trajectory.” 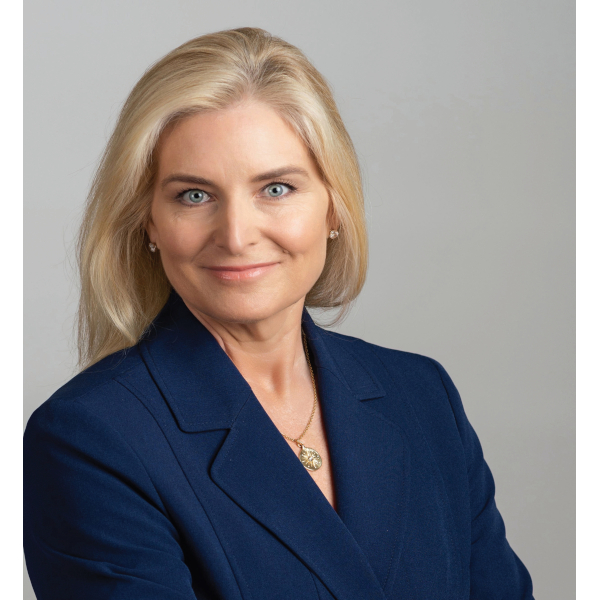