A call on new horizons – the global shipbuilding industry

European shipyards account for almost all cruise ships currently under construction, yet threat from the Far East and the rise of China’s domestic cruise market pose interesting challenges. What efforts are being made to consolidate such a position of strength, and how likely is a shift in the balance of power? Rod James speaks with industry leaders to find out.

It's not often that a large corporation shows contrition - admission of guilt is seen as admission of weakness, and your shareholders certainly won't thank you for it. For this reason, an announcement made in March 2014 by Mitsubishi Heavy Industries (MHI), a Japanese conglomerate, is deserving of some credit.

In November 2011, MHI's shipbuilding business received an order to build two large cruise ships for AIDA, the Germany-based cruise line now owned by Carnival Corporation. The ships were to be the operator's largest yet - 125,000gt with a capacity of 3,250 passengers - and were set to be delivered from MHI's Nagasaki shipyard in early 2015 and 2016.

From the off, reports of delays and cost overruns started to trickle into the public domain. Then, in March 2014, MHI publically announced that its cruise ship business was to post an extraordinary loss of 60 billion yen ($586 million) for the fiscal year 2013-14. By way of explanation, the company cited the huge amount of pre-planning required, particularly in designing the ships' high-tech energy-efficient on-board systems, but the problems just continued to mount.

"Difficulties involved in the construction of the prototype became evident," MHI representatives said. "Moreover, the volume of design work relating to the cruise ship cabins and other areas has been vast, and significant design changes have been made, with the combined result of a delay in the design work. Said delay has translated not only to increased design costs, but also to negative factors in terms of additional material procurement, construction schedule and other aspects. These adverse influences have eroded the originally planned cost structure."

MHI has built large cruise ships before: in 2004, it delivered the 116,000gt Diamond Princess and its sister ship Sapphire Princess to Carnival's Princess Cruises line.

Its difficulties this time show just how complex the process of cruise ship design and construction has become, and help to explain why, unlike other forms of shipbuilding, cruise ship construction remains an almost exclusively European business.

According to maritime industry body SEA Europe, 30 of the 32 ships currently under construction are being built in Europe, and a quick look at the projects in the pipeline reveals that a few of the names hold sway. Carnival Vista and Holland America Lines' MS Koningsdam are both due for delivery in spring 2016 and are being built by Italian state-owned shipbuilder Fincantieri. Norwegian Escape and Norwegian Bliss, due to enter service in October 2015 and March 2017, respectively, are being built by the Meyer Werft shipyard in northern Germany. Harmony of the Seas, which will be the largest cruise ship in the world, is being built at the STX France shipyard.

In April, the fourth major European shipyard, located in Turku, Finland, was bought outright by Meyer Werft. Formerly owned by STX, the yard was jointly acquired by Meyer Werft (70%) and the Finnish Government (30%) in August 2014, when STX's South Korean parent company ran into financial difficulties and was forced to divest European assets. Meyer Werft was given an option to buy the state's stake, which it took four months ago.

These four shipyards have a few significant advantages over new entrants. Finland has been building cruise ships since the 1970s, and Meyer Werft and Fincantieri since the 1980s, and many cruise service companies have grown up alongside them. Most of the turnkey equipment needed to build a vessel is manufactured by European companies, and operators are keen to avoid negative currency fluctuations. If the euro strengthens considerably against the yen, for example, a ship being built in Japan with components imported from Europe could suddenly become very expensive.

The European shipyards have also demonstrated a willingness to invest big in new technology: Meyer Werft is currently spending €10 million on a new development centre, and has a contract to build four LNG-powered cruise ships for Carnival - a big environmental breakthrough if successful. Its longevity means that not only does it have thousands of tried and tested supplier relationships, but that it is also used to managing all of them at once.

"One of the reasons why [shipbuilding] is still concentrated in Europe is that when you are spending upwards of $1 billion on a ship, the price is not the overriding consideration," says Rob Wilmington, senior shipping analyst at consultancy firm IHS. "The most important things are quality and on-time delivery - and on-time delivery is even more important when these cruise operators are planning their cruises years ahead. Mitsubishi took on its orders at a fairly low price, and has discovered that it's losing an absolute fortune. There'll be huge penalty payments for the yards and the massive inconvenience for the owner."

"It seems to be very clear that the strategy in China is to develop their own know-how and competence to build cars, ships and cruise ships."

There could be further consolidation still among European shipyards. In May, STX's compatriot Daewoo confirmed that it was interested in buying a majority stake in STX France, while Fincantieri, though it has never said so explicitly, is also strongly rumoured to be keen. A potential block is the fact that France's government owns a 33.34% strategic stake in the shipyard, and might not be willing to sell to just anyone at any price.

"It's a bit of a difficult question, asking who's going to own it, because it's partly owned by the French Government, and there's a lot of emotion attached to French industry and state ownership in general," Wilmington says. "Having said that, maybe EU regulations around state ownership would come into play now. Meyer Werft has already expanded into Finland, so I don't necessarily see it being in the market, but you never know. And of course, it has a very big market share in terms of cruise vessels."

If ownership of STX France transfers to Fincantieri or Meyer Werft, it would truly assert the dominance of European shipyards in the cruise business. Chastened by its recent experience, it is unlikely that Mitsubishi will try to re-enter the market anytime soon, and there appears to be little appetite from the South Korean yards to build cruise ships in the Far East. Still, there are bigger changes afoot.

According to research by the Cruise Lines International Association (CLIA), the number of Asian passengers going on cruises has seen compound annual growth of 34% since 2012. And, encouragingly for an industry that has struggled to attract younger passengers, four in ten of these are under the age of 40. In September 2014, Carnival Cruises moved its chief operating officer from Miami to Shanghai, while Royal Caribbean Cruises announced that it would deploy its newest vessel in the country.

For shipbuilders, it is difficult to know how best to enter this hugely promising market. In November, Fincantieri signed a memorandum of understanding with Carnival and CSSC - China's largest shipping conglomerate - to explore the possibility of building ships for the Chinese cruise market. It is clear from comments made at the signing that Fincantieri sees such agreements as integral to its long-term survival.

"This agreement with Carnival - to which we are bound by a consolidated partnership - and CSSC testifies our determination in pursuing a strategy that increasingly establishes Fincantieri as a global and reference player in the sector, with strong presence in all the markets that can ensure a future for our business," says Guiseppe Bono, CEO of Fincantieri.

At the same time, there are understandable concerns from many in European shipbuilding that such partnerships could prove one-sided if the market does not flourish: the Western shipbuilder gives away the tricks of its trade for a rock-bottom price, and gets little business in return. But "it seems to be very clear that the strategy in China is to develop their own know-how and competence to build cars, ships and cruise ships", notes Peter Hackmann, head of communications at Meyer Werft.

However, Hackmann doesn't rule out Meyer Werft taking a similar route to its Italian counterpart. In the 1980s, the shipyard was among the first to see that merchant shipbuilding was moving to the Far East, and made the full-blooded switch to the cruise business as a consequence. That prescience may well come in handy once more.

"We are a privately-owned company, unlike Fincantieri," Hackmann says. "We have a lot of work here in Germany and there's a lot of work to do integrating all these activities [in Finland]. And, by the way, these are huge, complex projects. So for us, engagement in China is not something we are discussing internally. Could it change in three, five, ten, 15 years? I don't know." 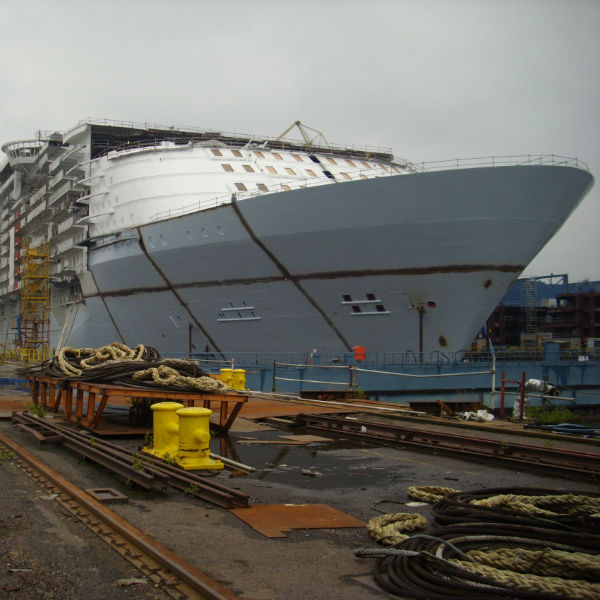 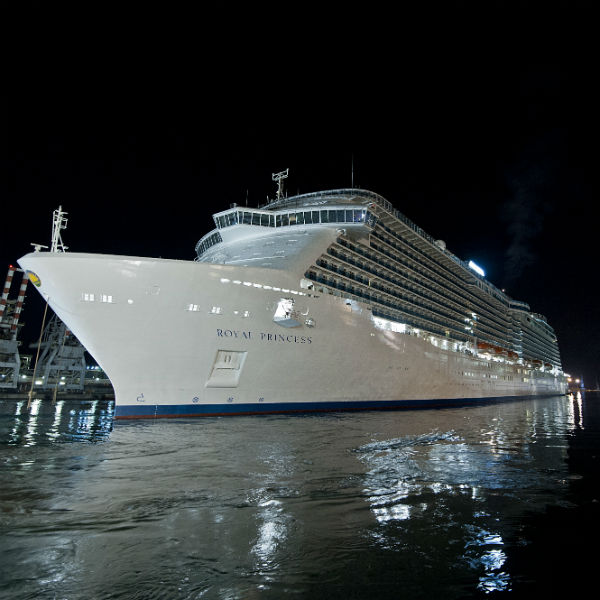 Princess Cruises’ MS Royal Princess, built by Fincantieri at its shipyard in Monfalcone, Italy.
Post to: