Made to measure – tailoring shipbuilding to the Chinese market

With Costa, Norwegian and Princess announcing that they’re building ships specifically tailored for the Chinese market, and MSC extensively refurbishing the Lirica ahead of it being deployed exclusively in the region, how does tailoring shipbuilding for a particular market dictate one’s approach? Rod James speaks to industry experts and insiders to find out.

The potential of the Chinese market has cruise operators salivating, but their hunger is mixed with no small degree of trepidation. It's a brave leap from the shelter of the Caribbean or Mediterranean into a vast market where all the brand recognition you've accrued counts for very little. This situation is compounded by the fact that, in China, cruises are not sold directly by operators but chartered via state-owned travel agents; passengers often have little idea of which brand they will be travelling with, never mind what that brand represents.

Operators will have to fight harder than ever to establish their product in the minds of potential cruise-goers, though what this product should even look like is open to debate. Generally speaking, Chinese cruisers have very different tastes and interests to those from the US and Europe. Do cruise operators serve up an existing experience and see if the Chinese market comes around to it or do they tailor a product especially to them?

In these early stages, we are seeing an array of approaches. In 2015, Carnival put its fourth ship into the Chinese market, with two more, from Costa and Princess, set to follow in 2016. While modified somewhat for the local market, with added local food options and increased retail space, Carnival seems to be giving sample tastings of its various existing brands and seeing how the market responds. Some of the lessons learned are sure to go into the company's first custom-built vessel, Majestic Princess, which is due in 2017.

A number of operators have made changes to their vessels in order to make them more compatible with the Chinese market, with MSC, for example, in the process of stretching and refurbishing the Lirica so that it will be ready for mid-2016.

The first brand-new vessel to go to the Chinese market, though not fully custom built, was Royal Caribbean's Quantum of the Seas, which spent a season sailing out of Cape Liberty, New Jersey, before moving to Shanghai in May 2015. Quantum's sister vessel Ovation of the Seas is set to sail from Tianjin at some point in 2016. Norwegian has put all its chips on the tailor-made approach, with the company's CEO, Frank del Rio, on the Q3 2015 results call, trumpeting the as-yet-unnamed vessel's "never before seen features" that will "give Norwegian the best cruise proposition in the region". The vessel in question is due for delivery in 2017.

"All the vessels that are in China today were built to go elsewhere; were built for the Western market, and depending on what ship and what brand you're talking about, there was some level of customisation made, but not a whole lot," del Rio says. "So we believe that although we're coming to China a little bit later than others, we will enter with better hardware that anybody else has."

One might think the differences in preferences between the Chinese and other markets can't be so great as to justify the construction of a purpose-built vessel but in fact the differences are considerable. The Chinese often travel in large family groups, so vessels like the Norwegian's new one are being fitted with interconnecting cabins.

"Many Chinese passengers’ first experience of cruising will have been through one-night gaming cruises, which have long been a popular way to circumvent anti-gambling laws on the mainland."

"The Chinese in general do not like sitting and relaxing in the sun, which is what the Westerners like to do for at least part of their vacation," explains Ted Blamey, principal of Chart Management Consultancy, a cruise consultancy that alongside CLIA produced 'Asia Cruise Trends 2014', the most comprehensive study of the market yet.

"They want to cram as much activity into their day as they possibly can because the number of days that they have is far fewer. That means the whole concept of designing a ship that has acres of open deck space, and beautiful deckchairs and lovely pools is not catering to what the Chinese will do with their time."

The activities that Chinese passengers enjoy have implications for how the vessel is fitted out. A big draw on most cruise ships is the array of settings in which alcohol can be consumed but Chinese cultural approaches to drinking are not the same. In China, the consumption of alcohol is more ritualistic, a way to solidify friendships or to build business relationships. When alcohol is drunk, it is drunk in large quantities, often through a succession of toasts. The idea of a casual drink, or drinking purely for the taste, is much less commonplace.

Attitudes towards food are also different. Meals tend to be energetic affairs involving the whole family, a lot of small dishes and plenty of rice but they are over relatively quickly - no three-courses, coffee and a couple of bottles of red. According to a 2011 survey of travel habits conducted by China Tourism News, only 4.6% of Chinese passengers view gastronomy as the thing they most look forward to on a cruise, suggesting that a broad range of eating experiences is not really necessary.

So what to do with all that space normally set aside for bars, restaurants and lounges? Shopping is a much bigger draw than it is for US or European passengers. Import duties on goods coming into China are sometimes up to 50% of their value, so being able to pick up duty-free swag is very appealing. When modifying the Costa Allegra, the first ship to be repositioned in Asia, Carnival reportedly spent €12 million removing the sunbathing area and designated nearly half of on-board space to retail outlets.

Gaming is also much more important to the Chinese, not just casino games but traditional ones like mahjong; Quantum of the Seas and the new Norwegian vessel have rooms purpose-built for the latter. Many Chinese passengers' first experience of cruising will have been through one-night gaming cruises, which have long been a popular way to circumvent anti-gambling laws on the mainland. When the Quantum of the Seas was relocated to Shanghai, the casino was expanded and a 'high-rollers' room added to up the ante for its passengers.

Chinese consumers have money in their pocket and they want to spend it, and we're seeing that in the way that they not only buy cruises, but also their spending habits on board," says Norwegian's del Rio. "The retail spend from everything that we can gather is substantially higher than that from the Western markets. The gaming revenues are substantially higher in the Western market. And so, we believe that all told it is still the best place to enter a new vessel. We think we will have a competitive advantage given the tonnage that we were bringing into the market, being the newest, the largest, the most customised and so we can't wait for 2017 to get here."

It will be interesting to see how the Chinese market responds to the various contributions being put forth. While perhaps, initially, the tailor-made offering from Norwegian will prove popular, Blamey believes that tastes could broaden as Chinese passengers become more used to cruising and perhaps more adventurous.

"It's quite possible that the Chinese consumer, as they discover the cruise product more completely, will start to enjoy and welcome some of the western aspects of the cruise vacation that at the moment are a little bit foreign to them. I expect there will be some convergence over time," he says.

Despite the hyperbole around the growth potential of China - the 'Cruise Industry News Annual Report' expects the size of the industry to double between 2015 and 2017 - there is time for operators to tinker with their formulae. The brands are heavily diluted by being sold through faceless, state-owned charterers so it is hard to imagine one operator, no matter how apt its offering, gaining an immediate advantage over the others. And even if growth occurs at the rapid rate that some predict, it will be a while before the ships are in place to accommodate it.
"When you see the Hong Kong tourist board talking about 19 million potential cruise passengers from Hong Kong and 58 million from mainland China," says Stewart Chiron, better known as the Cruise Guy, "the reality is there is only enough berths for 24 million right now. The 22 ships that Carnival cruise has on order is nothing out of the ordinary, if there really is this explosive growth. If there was going to be a significant jump they would have 50 or 60 ships on order. It's going to take time." 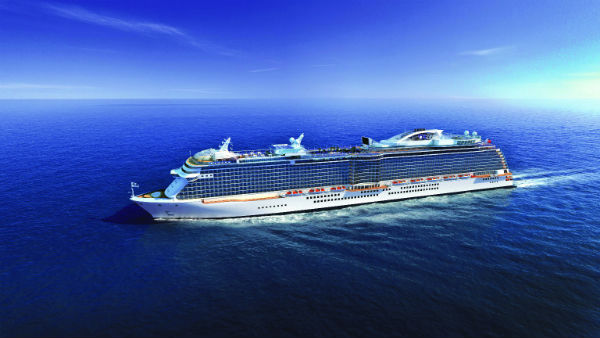 A rendering of the Majestic Princess. 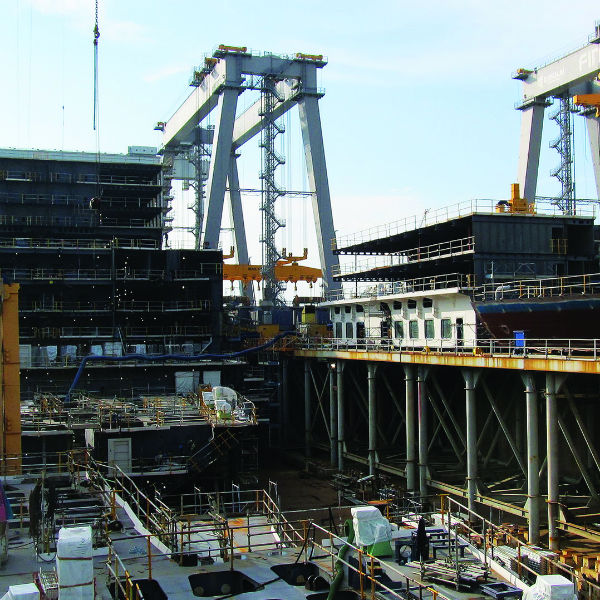 Setting sail in 2017, Majestic Princess is the newest addition to the fleet and will concentrate solely on the Chinese market.
Post to: