Carnival Corporation’s enormous nine-ship order – split between Fincantieri and Meyer Werft – is the largest ever placed by the company, and will feature ‘next-generation’ newbuild designs that are unprecedented in size and energy efficiency. What accounts for this sudden spree in activity, and what will differentiate these vessels from their predecessors? The company’s senior vice-president for shipbuilding, Bo-Eriq Blomqvist, talks Oliver Hotham through the order.

As far as shipbuilding deals go, it's one of the most significant in recent memory. In June, Carnival Corporation announced that it had signed a multibillion-euro deal with major shipbuilders Meyer Werft and Fincantieri to build four 'next-generation' ships.

The vessels will have the largest guest capacities in the world, at 6,600; plus 5,000 lower berths with tonnage exceeding 180,000gt; and they are part of a broader memo of understanding that will eventually see nine such vessels built between 2019 and 2022. The first four will be divided between Meyer's facilities, with two built for Carnival's AIDA Cruises brand in Papenberg, Germany, and two built in Turku, Finland.

Despite the headline-grabbing sizes of the vessels, perhaps the most revolutionary aspect of the project is the propulsion technology that will be on board the ships. The initial four will feature 'green cruising' designs, and will be the first cruise vessels to power their journeys with LNG in dual-powered hybrid engines - a development that, the company states, represents a real environmental breakthrough, and a seismic step in the right direction for an industry with a historically heavy carbon footprint.

"We are the largest operator in the global cruise industry, we have the highest number of ships, and we visit probably the highest number of ports; this makes us a key focus to everyone concerned about the environment," says Bo-Eric Blomqvist, Carnival's senior vice-president for shipbuilding: a man who has had a particularly busy past few months.

"We want to contribute to the well-being of the world, and build and design ships that are more environmentally friendly than in the past. We really want to take it to a different level with these cruise ships."

"We want to contribute to the well-being of the world, and build and design ships that are more environmentally friendly than in the past. We really want to take it to a different level with these cruise ships."

While LNG has long been mooted as a viable option for operators looking meet increasingly stringent environmental requirements, the move from hypothetical to reality has created quite an impact. "To take care of the environment, to reduce the footprint we leave," states Blomqvist, when asked what the prime motivations were for making the transition now.

"It doesn't only have to do with the fuel or the emissions, but with reducing, generally speaking, the power and electrical consumption on board the ship, which can eventually reduce the amount of fuel we burn. We will also burn cleaner fuel in the future."

The decision to make the switch to LNG had been a work in progress, facilitated by changes to legislation over the past year and a half. In May last year, the International Maritime Organization (IMO) passed a new code allowing its use on passenger vessels, and Carnival jumped at the opportunity to use the more environmentally friendly - and efficient - fuel on its new ships.

"As we all know, LNG is perceived as plain fuel, as opposed to the ordinary liquid fuel, which ships have used up until now," says Blomqvist. "We wanted to jump on the bandwagon, and we thought it was something interesting we could get involved in."

It's certainly an ambitious undertaking, firstly in terms of the size and capacity of the ships being built, but secondly in the sheer number of ships now in the pipeline for Carnival. Managing all these projects is a challenge, but Blomqvist argues that in the broader sense, the plans are consistent with the company's targets for year-on-year expansion.

"I don't really think is it that many," he says. "If you look at it in terms of how many ships will be delivered a year, we're still, on average, back through the order that we have set in the past, which is around two a year. The only difference is that instead of buying one or two ships at once, we've decided to go with a bigger order; but it just goes further into the future."

Part of the motivation for doing this, according to Blomqvist, was for the benefit of their partners. With a larger order setting the company's plans for a longer stretch, Meyer Werft and Fincantieri can better optimise their own shipyard activities.

"We hope this will be beneficial for the whole supplier network, which will have the comfort of not having to deliver the equipment to the system for just one or two ships," he says. "There will actually be more of them in one go, so it gives the whole industry a better visibility into the future. This will be beneficial both for ourselves and the partners we work with."

So, how do these ships compare with their predecessors? Well, they're much bigger. With a 148,528gt and a maximum capacity of 3,090, the current biggest ship in Carnival's portfolio is the Queen Mary 2, run by the company's Cunard line. The new line of vessels will blow this out of the water.

"The fuel is one thing that will set them apart," says Blomqvist. "Apart from that, because of the size, we believe we will be able to provide passengers with something more."

But we'll have to wait at least two years to see what that "something more" will be. For the moment, Carnival is keeping the key features of its new ships a closely guarded secret, with Blomqvist insisting he is not yet in a position to offer any juicy exclusives.

"We'll be doing that as part of the design process, when we finally decide upon various technologies, equipment and systems," he says.

"You need to provide a good number of people with something that is of interest, something they can enjoy, and something to make them feel proud about having had the opportunity to sail with us."

With capacities for 7,000 passengers, there will be a great deal of space for new features and a wide range of design options. The size was intended to provide a good balance between the number of people and the facilities that could be offered to customers. Blomqvist explains: "Because of the size, you need to provide a good number of people with something that is of interest, something they can enjoy, and something to make them feel proud about having had the opportunity to sail with us. Not just in entertainment, but in the whole concept of the cruise. We want to exceed our passenger's expectations."

Carnival currently runs ten brands as part of its 21.1% share of the global cruise industry, and the extent to which the nine new ships will be spread across the portfolio is not yet fully known. For one thing, the vessels might be too big for some of the smaller lines.

"For these ships as they are, and at the size they are, we won't be going for all ten brands,' says Blomqvist. "It will be the big brands that are the main focus for these ships."

The brands already have existing clientele, he says, which will inevitably inform the shipbuilding process and the types of features they employ. Even with this in mind, however, Carnival says it will be looking very closely at how the new vessels differentiate themselves within each brand.

"This is all in the pipeline," insists Blomqvist. "We'll be putting a lot of effort into trying to understand what the individual brands will have to consider in the new ship design."

Carnival sees it as part of a long-term strategy to revitalise and upgrade its offering, buying up larger, more fuel-efficient vessels to replace old ones. Each will be specifically designed to uit a particular segment of the company's audience, across its extensive portfolio of brands.

Carnival CEO Arnold Donald adds: "We are looking forward to executing the next step in our fleet enhancement plan. It will be exciting to see our shipbuilding team bring these new ships to life. Every step of the way, our focus is on designing state-of-the-art ships that provide a vacation experience our guests will love, and we are putting all our creative energy and resources into making sure we achieve that goal."

It looks as though Blomqvist will be busy for some time to come. 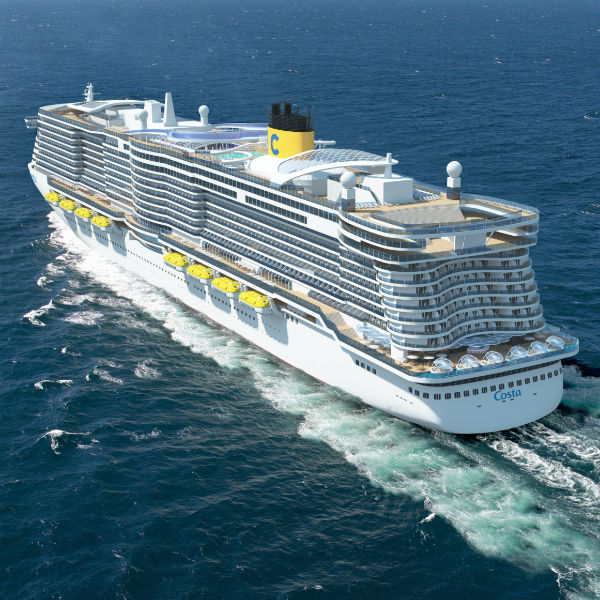 The new ships will run entirely on LNG – a first in the industry, and a pioneering step for ‘green cruising’. 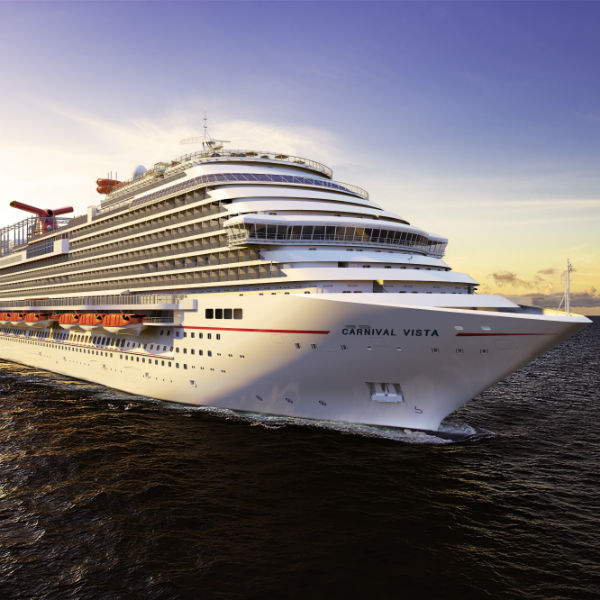 Carnival Vista launches next year: one of nine projects in the pipeline between now and 2018.
Post to: