Last year’s announcement that Crystal was to launch a river cruise line marked a turning point for the company; a sign that the luxury operator was keen to make its mark on one of the industry’s fastest-growing segments. But several months on, the company has further ratcheted up its ambition for Crystal River Cruises ahead of the big maiden voyage in June. Patrick Kingsland looks at how the lines will set themselves apart from the competition.

Announced in the auspicious circumstances of the company's 25th anniversary cruise trip around the Scandinavian coastline, the news that Crystal would be launching an all-new brand with an all-new focus, Crystal River Cruises, was one of 2015's real surprise developments in the industry.

"We continue to listen to what our guests, and the luxury traveller, want, and river cruises are what they've been telling us they want for some time," CEO Edie Rodriguez declared in July. "But more importantly, they want to experience river cruises on a luxury Crystal vessel. It's a natural extension of the exceptional ocean cruise Crystal has offered for the past 25 years."

The deal was part of a major expansion of the company's operations, which includes the building of three new ships (two of which will serve as river cruises and are Crystal's first new builds in 12 years), and adds a new yacht cruises division, a private airplane and a mini-submarine to its offering.

But it was the announcement in November last year that the operator would be launching not two but five new ships (four of which will be new builds) for its range of river cruises, and that the line would set sail a year earlier than expected, that really got people talking. The self-proclaimed "World's Most Awarded Luxury Cruise Line" is kicking off the brand on 13 July with Crystal Mozart, the result of the purchase by Crystal of MS Mozart.

A symphony of construction

Built in 1987 and refurbished as recently as 2010, the ship is currently under renovation by its new owners, before a tour of Austria's Danube River and the historic cities along the way, from Vienna to Linz, Salzburg and the Wachau Valley, and on to Budapest.

It's a route the ship is well acquainted with: it was designed specifically to fit the wide locks of the Danube, measuring 75.1ft, and it accommodates 160 guests in all, with window suites (203ft2), deluxe suites (215ft2), one penthouse suite (322ft2) and two two-bedroom Crystal suites (860ft2), the biggest suite on any river vessel, on board the largest such vessel in Europe. For a new brand looking to make its mark on the continent, statements of intent don't come much bigger.

"It's truly thrilling for us, as well as our loyal guests and new-to-Crystal travellers, as more details of what's in store for Crystal River Cruises unfold," Rodriguez says. "We are going to deliver the most luxurious river experience in the industry with a combination of innovative vessel designs, unmatched guest service and fascinating itineraries."

The rest of the specially designed all-suite river yachts are being built by German shipyard Lloyd Werft, and accommodate 84, 110 or 160 guests, depending on itinerary. With walk-in wardrobes and US king-size beds as well as, for those really wanting to shell out, two 500ft2 penthouse suites and a palm court with a dance floor, it's safe to say that guests can expect the kind of luxurious service that's become synonymous with the Crystal brand.

The five river yachts each take their name from a famous composer related to their tour: Crystal Mozart will be followed by the maiden journey of Crystal Debussy in June 2017, followed by Bach, Ravel and Mahler between June and August. In all, the line will cover some of Europe's most recognisable rivers - the Danube, the Rhine, Main, Moselle, Garonne, the Dordogne and the Seine.

Each ship will include what Crystal claims will be its most "generous roster of all-inclusive amenities", ranging from its signature "six-star" cuisine with local flair and a range of tailored excursions available at every stop, all offering high-tech exploration aides like GPS Whisper Guides and electronically assisted bikes. Guests will even be able to use a luxury yacht tender to arrange trips outside of the predetermined cruise itinerary - all part of Crystal's ambition to create more "meaningful shore-side excursions and experiences" than what are usually on offer.

One of the most in-demand stop-offs on the Crystal Mozart trip will no doubt be the Czech Republic's Cesky Krumlov during the break in Linz: a UNESCO World Heritage Site, a historic medieval town with a towering castle and regionally renowned wine. And oenophiles have plenty of other options, too. Crystal Ravel, for example, due to set sail in August 2017, will take guests on a round trip of the Bordeaux region, with excursions in the historic town of Pauillac, Cadillac and Libourne, among others.

While we'll have to wait until June for the first reviews to come in, it's obvious that Crystal is pulling out all the stops in bringing its renowned luxury experience and service to European river cruising. But it's the destinations that make the new line so in demand, with guests given the opportunity to visit some of Europe's most historic cities: the ships will make stops in Amsterdam, Basel, Munich, Budapest and Bordeaux, among others. The longest of the tours, the Crystal Mahler - named for the brooding Austrian composer and modernist pioneer - will set sail on 29 August 2017 and will take guests, over the course of 16 nights, down the Rhine-Main-Danube Canal, a trip stretching from Hungary to the Netherlands.

"With unmatched space and luxury, the river yachts of Crystal boast a butler for every suite, superb cuisine, and expertly curated itineraries with an abundance of overnight stays and complimentary Crystal adventures ashore in every port of call," reads the promotional material. "Nothing is compromised, no detail too small, no experience too much."

It's a bold promise, and with this being the first time a high-end cruise company like Crystal is entering the river cruise market with its own ships, expectations are high. But the company's done everything in its power to set itself apart from the competition, even purposefully deviating from traditional routes on these European rivers.

"The beauty of river cruising is not only that travellers enjoy close-up access to more fascinating inland locales, but also that the rivers themselves are coveted destinations that shouldn't be overlooked," says Rodriguez. "Our guests will have the opportunity to revel in the unique environment that sets river cruising apart from other travel experiences."

The growth of river cruising

Traditionally, river cruising was largely the preserve of the very wealthy but, since the 1990s, demand has grown rapidly as more operators have entered the European market.

Cruises on the Rhine and the Danube remain the most popular, according to River Cruises in Europe, but the Rhone in France is catching up.

The sector has been a catalyst for new-build construction in recent years. Viking Cruises alone added six new 'longships' to its fleet in 2012, ten in 2013, 18 in 2014 and 12 in 2015. In a reversal of Crystal's move, the operator has also moved into ocean cruising. In 2015, its first seafaring ship, Viking Star, sailed itineraries in Scandinavia and the Baltic, and on the Mediterranean Sea. In March 2016 and 2017, the company will launch Viking Sea and Viking Sky respectively, the former of which had its first float out in June 2015. 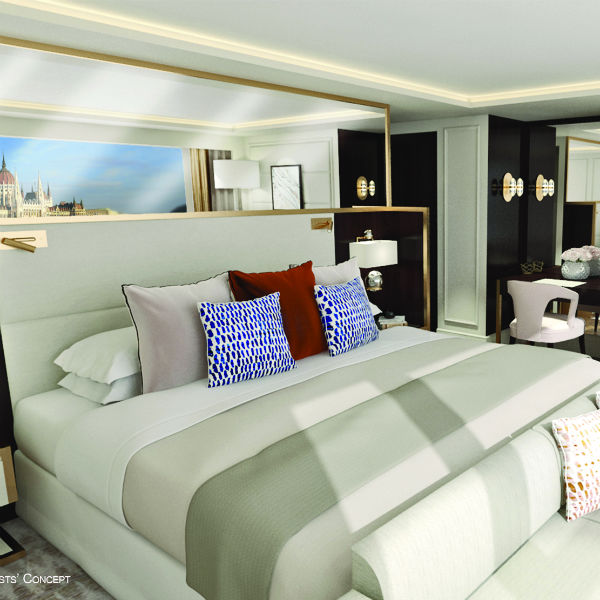 Luxury and comfort is still very much on the agenda. 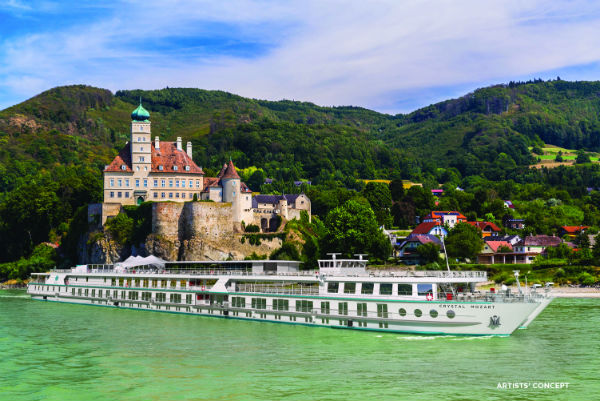 Crystal Mozart will take a new category of the company’s guests down river. 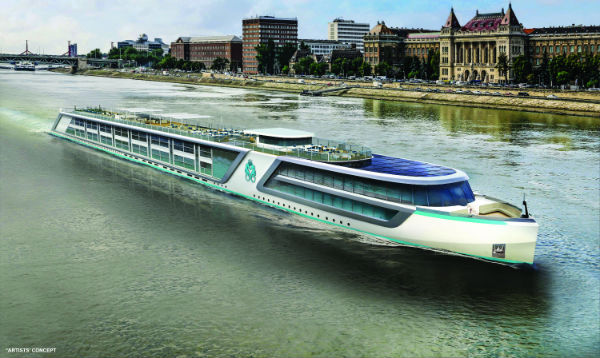 Riverboats will soon be a major line for Crystal as they set sail down European canals.
Post to: