Comedians on cruise ships getting cash

Stand-up comedy is one of the most important parts of a cruise ship’s entertainment offering, even if its inner workings are little understood by comics and passengers alike. Greg Noone talks to Royal Caribbean International’s Nick Weir, Kelli Gemmola of The Sit Down Comedy Club and comedian Bruce Smirnoff about what it takes to successfully perform on the cruise circuit.

The first time Bruce Smirnoff died on a cruise ship was in front of the undertaker’s convention. “I’m in Alaska, and it’s three quarters of a charter cruise of funeral directors,” he recalls. “As the emcee is introducing me, the ship’s alarms go off and it’s a code blue, which means there’s a health problem.”

This particular emergency, Smirnoff quickly discovered, was taking place in the audience. “Someone’s having a severe something, and they’re laid out on the floor as I’m being introduced,” he says. “So, I’m standing there onstage and people are pounding on this guy’s chest, and I’m frozen.”

After a few moments, Smirnoff let his instincts take over. He made a joke. “I said, ‘Look’s like somebody’s going to have a little extra business this week,’ which is very funny but it was terrible taste,” he explains. Not surprisingly, the reaction from the funeral directors was muted. “They stared at me. And then I said to them, ‘Why are you staring at me? Look at the bright side: you can write this trip off as a tax deduction.’” And with that, Smirnoff was fired.

The episode is a fine example of the first lesson a cruise comic has to learn: know your audience. Although Smirnoff was lucky in this instance – the vicepresident for entertainment of that particular operator turned out to have a sense of humour, and let him perform on future cruises – many younger stand-ups forget that they’re no longer playing to an audience who have paid to see them.

“You gotta nail them right off the bat,” says Smirnoff, “or they say to themselves, ‘Well, you know, I can go to the pub, I can go dancing, I can drink, I can go listen to the band outside on the veranda.’ There’s so many different alternatives that you’ve gotta be really good.”

And Smirnoff is good – one of the best, even, provided he steers clear of funeral directors. Having played his first cruise gig in 2004, the Miami-based stand-up has become a familiar figure on Oceania, Regent, Crystal and Holland America cruises. He concedes that many of the comics he knows on land aren’t really aware of the cruise circuit, and if they are, tend not to aspire to playing the kinds of audiences usually found on board. That is, until they see how much money they can make.

When he first started out in comedy, “ships were not something to strive for”, says Smirnoff. “Everybody said, ‘Hey, I’m going to be a star; I’m going to get my own situation comedy TV show. But then, 20 years later, that comic you rarely saw in Los Angeles – and in your mind was out of sight, out of mind – he was then driving in a real nice car, had a condo in LA, had money saved.”

Cruise gigs aren’t for everyone. Some stand-ups, after all, might not be prepared to tailor their acts to the typical cruise-going audience, which Smirnoff characterises as generally white, rich and above the age of 70 (“I got it down, because I live in Florida,” he says.) If they do, however, they can choose to explore an increasingly vibrant part of the comedy landscape – and, literally, the world.

“There has never been this much effort by entertainers worldwide to get on ships,” says Smirnoff, who also works as a talent scout on the lookout for cruise comics in Florida. “It’s exploding.”

Operators usually look to promoters already embedded in the club circuit on land for insight on who would be appropriate for their audiences at sea. The recruitment process varies from country to country; in the US, for instance, it isn’t unheard of for comics to perform in talent shows to audiences exclusively made up of entertainment managers from the likes of Royal Caribbean, Regent or Crystal. In Australia, however, where the stand-up community is a lot smaller, operators usually look to agents like Kelli Gemmola for guidance.

“I spend a lot of time watching comedians at festivals or clubs to see if they are ready,” explains Gemmola, senior entertainment manager at The Sit Down Comedy Club, in Sydney, and a talent scout for P&O Cruises Australia. “Having dedicated comedy personnel overseeing everything means comedians feel comfortable when heading out to sea. In fact, cruising has become a popular circuit, with high-profile comedians lining up to perform on board.”

Gemmola is looking for a certain type of stand-up – obviously funny, but not so edgy as to render their appeal niche. “Cruise guests come from all walks of life, which means our comedians need to be able to entertain people of all ages,” says Gemmola. “Daytime shows are family-friendly, while stand-up shows late in the evening are adults-only.”

How a comedian is treated while they’re on board depends on the operator they’ve signed up with. Not all experiences are good. In one account published in Narratively, stand-up DC Benny recalled one operator – which he gave the pseudonym ‘Circus’ – only allowing entertainers to “bunk below with the crew in Spartan conditions”, a room without any windows, a bare floor and a bathroom so tiny he had to manoeuvre his legs into the nearby shower to sit on the toilet. Benny, incidentally, was not long for the cruise circuit – shortly after he settled down in his room, he was fired for a set that made fun of the captain.

In most cases, though, stand-ups are treated just like the passengers, including being allowed to stay in guest rooms and with full access to the ship’s facilities. At P&O Cruises Australia, it’s not unusual to see comics “dining in The Pantry, or one of the many restaurants on board, relaxing at the Elemis Spa at Sea, working out at the gym and often singing their hearts out at karaoke”, says Gemmola.

It’s a similar situation at Royal Caribbean. “For certain performers – our Broadway stars, our comedians, many of our featured musicians – they get to live life as a guest,” explains Nick Weir, the operator’s senior vice-president for entertainment. That treatment is given under the condition that they respect paying passengers as much as any member of staff would. “If they’re standing in line for a hamburger, and 30 families are behind them, most of them realise that they should step out of line and come back 20 minutes later. Sometimes they’ve just got to be reminded of that fact.”

Weir has more of an idea than most other cruise executives about what it takes to perform well in front of a live audience. Before he joined Royal Caribbean in 2013, Weir was one of the UK’s best-loved quiz show hosts. He presented his first episode of Catchphrase in intense pain after having broken his foot tumbling down some stairs during his introduction.

“We, inadvertently, have become very possibly one of the biggest deliverers of a comedy programme in the world by volume.”
Nick Weir

Weir’s move to Royal Caribbean, however, has made him one of the most powerful voices in comedy, with overall responsibility for the production of some 6,200 comedy sets annually. “We, inadvertently, have become very possibly one of the biggest deliverers of a comedy programme in the world by volume,” he says.

As such, stand up has become a staple part of Royal Caribbean’s entertainment offering, so much so that any conversation about stages and auditoria during the design of a new class of ship now begins with where the comedy club should go. What’s more, Weir wants to keep the feel of any such space as authentic as he can, and wants that sensibility to be reflected in the acts as well. No guests under the age of 18 are admitted into the clubs, and its entertainment managers rarely sit down with comics to trim their sets. “We almost don’t need to edit them; they naturally edit themselves,” explains Weir. “Comedians don’t want to die on their arse.”

In Weir’s opinion, a bad night is no bad thing. “That means they’re pushing,” he says. “When somebody has a bulletproof act that never changes, that’s sad in a way.” Nevertheless, if the comedian is new and bombs immediately, Royal Caribbean does step in to discuss their set. Weir stresses, however, that it’s done with the aim of enhancing, and not stifling, their performance.

Royal Caribbean has a rotation of stalwart comics, refreshed from time to time by scouts on the lookout for new talent at comedy clubs and festivals. Some are more outré than others. “There’s a couple of crazy acts we’ve booked, and, on paper, you would say, ‘That’s not going to be funny,’” says Weir. “If you can see a performer create a dance partner out of duct tape, and then dance the waltz for 10 minutes, it’s funnier by the minute. You know you’re working with some geniuses.”

Some of his ideas for the future of comedy at Royal Caribbean are almost as unorthodox. One area in which Weir sees a growth market is in family-friendly sets. “Am I going to be the first person that can hire a permanent kid’s stand-up comedian?” he says. It’s an idea that’s still being workshopped. “I’m even thinking about sets being delivered by kids.”

Discussions about child labour aside, it is clear throughout our conversation that Weir is deeply respectful of stand-up comics. His remarks about tailoring sets are delivered with the reluctance of an executive with a business case who remembers what it was like to give his all in front of an audience day in and day out.

“I love artists,” says Weir. “I love performers. I think anyone that pays their mortgage by standing on stage, and essentially hoping for the best, hoping that what they’ve written or what they’ve created and what they’re about to deliver is good enough to support their kids – I’m all in.” 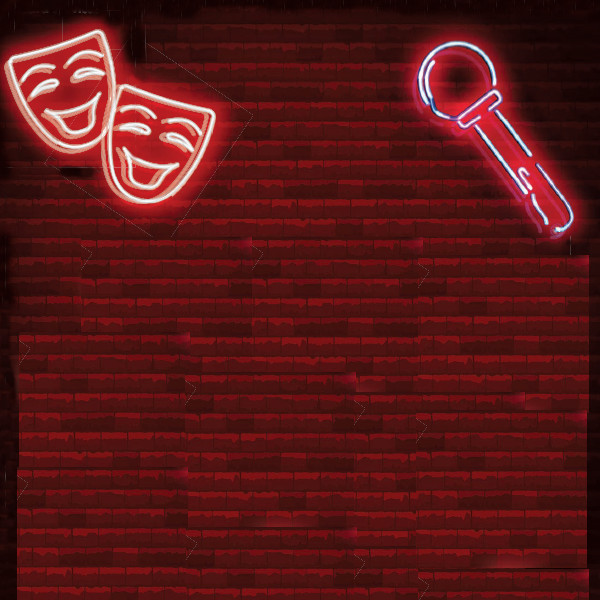 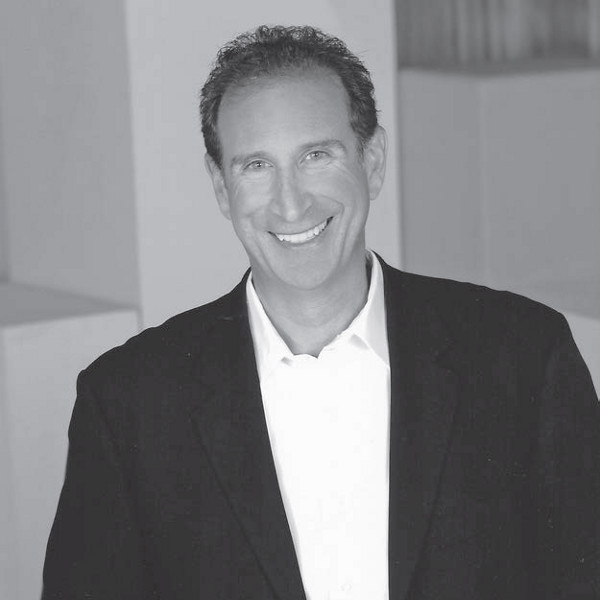 Bruce Smirnoff has learned that a key to being a successful cruise comic is understanding your audience.
Post to: