In May, shocking news emerged of a river cruise boat sinking in the Danube, followed shortly after by the footage of another vessel colliding at speed with a dock in Venice. Although two such accidents in as many months can be considered a freak occurrence, it is nonetheless emblematic of a systemic problem among cruise ships with collision avoidance. Will Moffitt talks to Richard Villavicencio, senior specialist marine at Lloyd’s Register, about whether existing software is doing its job in preventing such accidents.

At 8.30am on Sunday 2 June, a towering 66,000t cruise ship called MSC Opera smashed into a wharf in Venice. Dozens of onlookers bolted in panic, some diving into the water, as the 900ft ship hurtled towards the passenger terminal in the city’s bustling Giudecca Canal. Four people were injured in a crash that has been blamed on a case of cruelly timed engine failure as the captain dropped two anchors, but was unable to halt the vessel in time.

While those involved avoided any serious injuries, the incident has had serious political and social ramifications, inflaming a row between Italy’s two ruling parties and galvanising protesters to call for a definitive ban on cruise ships in the area.

These calls have been met with direct, if slightly vague, action from the local government, which, from September, will prohibit vessels weighing more than 1,000t from entering the city’s more historic waterways.

Many of those involved in a crash in Budapest a month before were not so fortunate. 26 South Korean tourists and a two-man Hungarian crew were killed in the night-time crash between the Viking Sigyn cruise ship and the Mermaid tourist boat, swept away in the swollen river or trapped inside the boat.

The disaster – the worst on the Danube in more than 50 years – has prompted a criminal investigation into the Viking Sigyn’s captain, a 64-year-old Ukrainian national identified by police as C Yuriy, who was involved in a previous crash with a cargo vessel while sailing between Antwerp and Ghent on 1 April.

For Andras Kurbely, a crew member of another cruise ship with 27 years of experience on the Danube, it was an accident waiting to happen.

“It’s just not healthy to have so many large ships, which are much more powerful and harder to manoeuvre, carving a route between so many smaller boats,” Kurbely told BBC News.

In a year that has already seen five collisions involving cruise ships, these recent debacles have inflamed ongoing debates over the concentrated nature of marine traffic in congested areas, while asking the question of why the clashes could not have been predicted and subsequently avoided by the operators themselves.

For Richard Villavicencio, senior specialist marine at Lloyd’s Register, it’s unsurprising that these incidents are occurring. “Cruise ships are getting bigger all the time, and the routes they are taking are becoming busier,” he says. “Unlike smaller vessels, cruise ships require a lot of time to react to what’s going on around them, and the technology they use is not particularly sophisticated.”

A pivotal problem is that cruise ships operating in tight, concentrated spaces do not have the technology to predict oncoming vessels quickly and accurately.

“Collision avoidance systems work well when ships are further away from one another,” says Villavicencio. “Lots of vessels have installed those intelligent manoeuvring systems where they can predict the trajectory of the ship 15–20 minutes in advance. But problems happen when you are close to the port area, when it’s crowded and you have one ship next to another. If there are smaller ships manoeuvring around, it’s difficult to see them and then to avoid a collision.”

Since 2000, all new cruise ships of 300gt and upwards engaged on international voyages have been required to possess specialised radar-based anticollision systems (AIS). Through these transponders the identification, position, course and speed can be displayed on navigation screens, allowing a vessel’s officers and maritime authorities to track and monitor vessel movements. Like all technology, however, AIS relies on a steady stream of power and an internet connection to ensure data is transferred to a central server. In more remote locations where signal is scarce, AIS is less reliable, while adverse weather conditions can cause receivers to go offline and transmissions to be missed.

Moreover, whereas AIS gives every ship the means to track other ships, they are not able to deduce the intentions of other vessels purely from that information.

“Lots of vessels have installed those intelligent manoeuvring systems where they can predict the trajectory of the ship 15–20 minutes in advance. But problems happen when you are close to the port area. If there are smaller ships manoeuvring around, it’s difficult to see them and then to avoid a collision.”

Sea traffic management systems were created by the Swedish Maritime Administration to do just that. In a similar manner to air traffic control systems, these platforms maintain a record of all vessels at sea using AIS or radar capabilities, enabling the distribution of routes, both ship-toship and ship-to-shore.

Traditionally, these platforms have been more popular with ferries – Stena Line was the first such operator to install an AIS in 2017.

28
People lost their lives when Viking Sigyn collided with a tourist boat on the Danube.
BBC News

“Collision avoidance systems need to be developed for near-field areas, like ports and harbours, so that better decisions can be made more quickly,” he explains. “Recently they have been developing some aerial high-resolution radar to avoid collisions in busy areas such as Singapore. With this kind of technology, similar incidents to the crash in Venice can be avoided in the future.”

In Singapore these advancements have been made by harnessing vessel traffic service systems that allow authorities in harbours and ports to provide additional awareness of ships’ close proximity to other vessels.

“If you look at most of the operational incidents that occur, they are due to technical failures. An engine stalls or a motor breaks down and then the ship loses control, and that can lead to a collision or grounding, like the Costa Concordia.”

To predict potential collisions in the city’s bustling harbour, where up to 600 ships can be active at any one time, the Maritime and Port Authority and Japanese IT company Fujitsu have trialled a risk-prediction technology that leverages artificial intelligence to predict near misses between vessels.

The technology extracts information such as examples of collisions or near misses involving multiple vessels and develops a map of dynamic risk hotspots.

66,000t
The weight of MSC Opera, which, in June, smashed into a wharf in Venice.
MSC Cruises

So far it has demonstrated the potential to quantify risk in more detail in advance of detection by human operators. For instance, it was able to pick out scenarios where the threats could be overlooked and raise the alert to possible collision incidents. Separately, the dynamic hotspot detection technology could identify risks up to 15 minutes in advance, enabling staff to take specific measures to avoid an incident.

Fujitsu conducted the trial with the assistance of about 10 MPA officers from the Vessel Traffic Management Department and Port Systems Division over 24 months. It aims to deliver the services for maritime traffic controllers and ship operators by 2020.

While Villavicencio is excited by these innovations, he maintains that technical problems are still the most significant cause of collisions, something that even the most sophisticated anti-collision platforms will be powerless to stop.

“If you look at most of the operational incidents that occur, they are due to technical failures. An engine stalls or a motor breaks down, and then the ship loses control and that can lead to a collision or grounding, like the Costa Concordia,” he says.

This was allegedly the case in Venice. It was also the cause of a collision in January 2018 when a ferry pulling away from a terminal in Barcelona lost power and bumped into a docked Viking Cruises’ ship. More recently, engine failure caused the Norwegian Epic to divert to San Juan, Mexico, where prevailing winds caused the ship to veer towards the pier, damaging two mooring points.

Human fallibility is also a problem, particularly under pressure. After all, as Villavicencio notes, even the most advanced forms of anti-collision technology will be powerless to stop the upper limits of human inadequacy.

“It’s true that most collisions or accidents on cruise ships are due to technical failure. That’s what they get classified as. But those technical errors sometimes happen due to lack of maintenance, improper records of when vessels were serviced, people not checking every part of the engine adequately and so on. You have a lot of sensors in the engine that can give you an indication of how it is performing, but you have to follow a protocol in the first place,” he explains.

Asked about the potential for new technologies to avoid collisions in the future, Villavicencio is yet to be convinced. “Personally, I’m not very optimistic,” he says. “Technological improvement on cruise ships is much slower than in the car industry, for example. Even with self-driving cars and that kind of technology there are mixed results. A ship is much bigger and less agile. It’s very difficult to predict what the ship is going to do, in which direction it is going to turn.”

For the time being cruise operators will have to wait and see how trials with more advanced forms of anticollision technology perform. At the same time, while accidents do happen, particularly in more crowded areas, the crews on board will have to ensure that technical failures are accounted for, while high standards of protocol are upheld. Otherwise cruise ships will risk being banned from popular areas indefinitely and, worse still, cause accidents with fatal consequences. 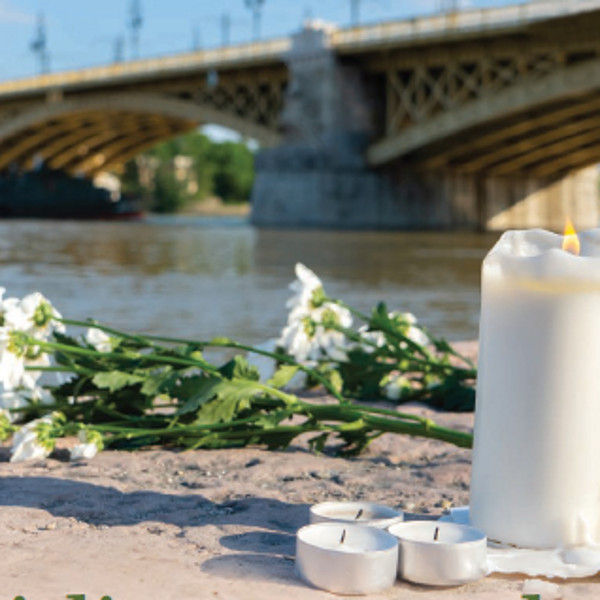 Memorials at the scene of the collision on the Danube between Viking Sigyn and a tourist boat that claimed the lives of 28 people. 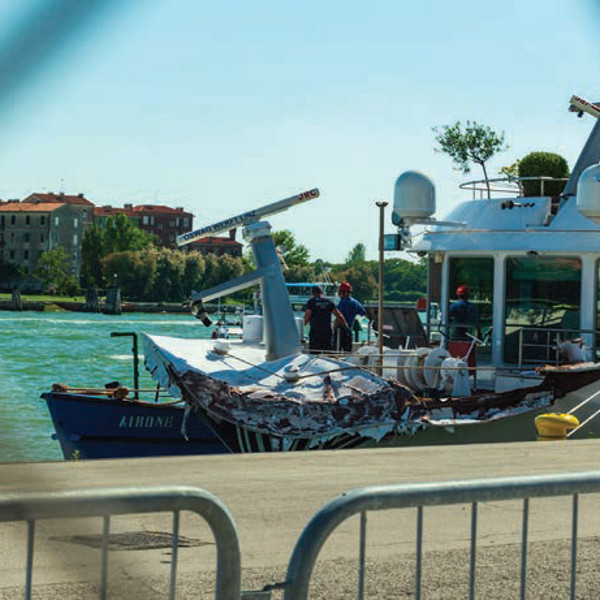 The mangled bow of the MSC Opera after it crashed into a wharf in Venice. 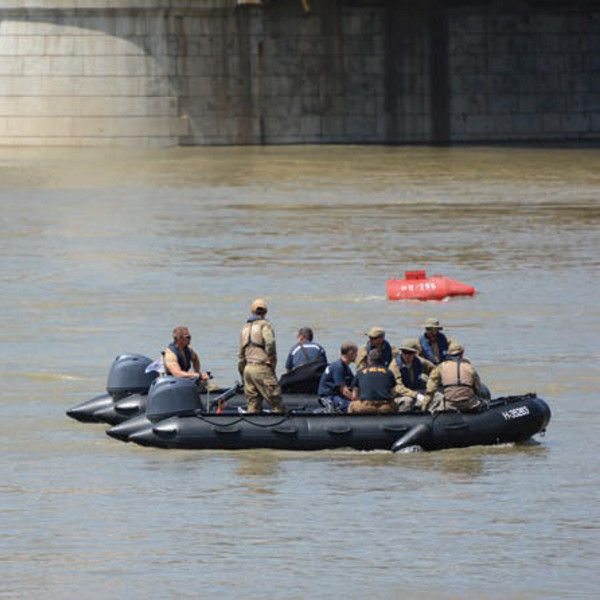 Rescue teams search the Danube after the crash.
Post to: